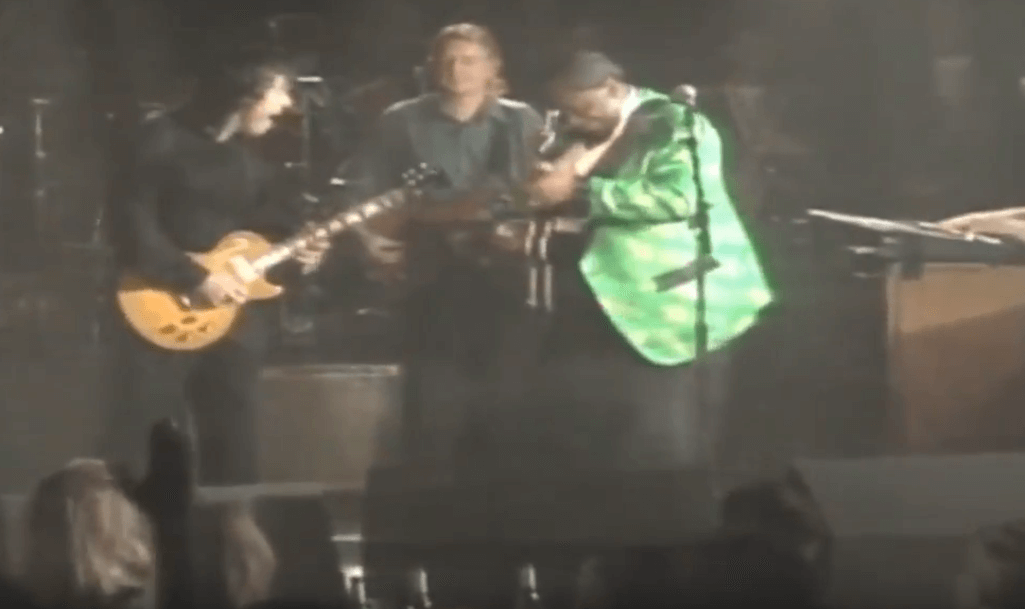 Back in 1993, a meeting between two guitar legends, B.B King and Gary Moore. They teamed up for this amazing performance at the Town and Country Club in London.

See below the two performing the classic “The Thrill Is Gone”.

“The Thrill Is Gone” is a slow minor-key blues song written by West Coast blues musician Roy Hawkins and Rick Darnell in 1951. Hawkins’ recording of the song reached number six in the Billboard R&B chart in 1951. In 1970, “The Thrill Is Gone” became a major hit for B.B. King. Subsequently, many blues and other artists have recorded their interpretations of the song.

B.B. King recorded his version of “The Thrill Is Gone” in June 1969 for his album Completely Well, released the same year. King’s version is a slow twelve-bar blues notated in the key of B minor in 4/4 time.

The song’s polished production and use of strings marked a departure from both the original song and King’s previous material. When released as a single in December 1969, the song became one of the biggest hits of King’s career, appearing in the R&B chart at number three and the Billboard Hot 100 pop chart at number fifteen and became one of his signature songs.

B.B. King’s recording earned him a Grammy Award for Best Male R&B Vocal Performance in 1970 and a Grammy Hall of Fame award in 1998. King’s version of the song was also placed at number 183 on Rolling Stone magazine’s list of the 500 greatest songs of all time.

Memorable live versions of the song were included on King’s albums Live in Cook County Jail (1971), Bobby Bland and B.B. King Together Again…Live (1976), and Live at San Quentin (1991).

You can watch the full concert below: