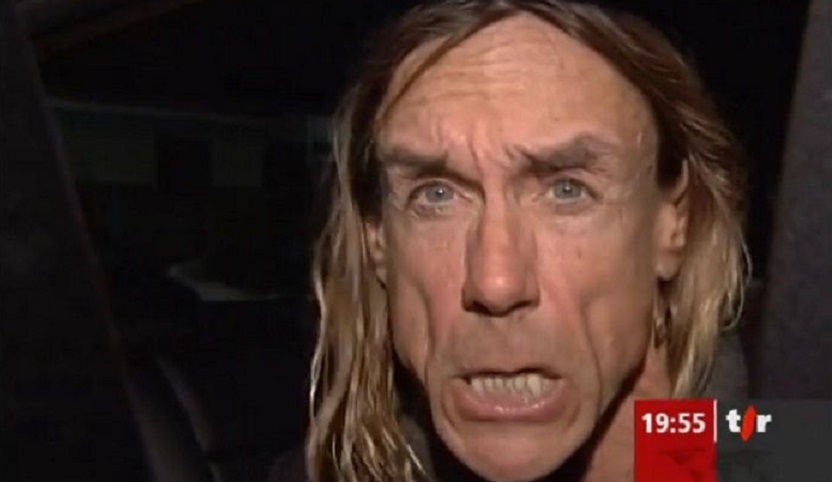 Electronic music has continued much over the last few years. From the earliest manifestations, the style was gradually popular. Today, this genre and its top sites are at the top of the charts. But they are not all that so alone.

One of the artists who had the opportunity to leave this position clear was the American Iggy Pop. On one occasion, in 2007, the artist was enraged by the electronic music that was being played at a Swiss festival.

The episode took place during the 2007 edition of the Caprices Festival event, held annually in the cities of Crans and Montana, Switzerland. It was already dawning when the singer left the back, “fleeing” a techno song that “broke his ears.”

A French journalistic vehicle accompanied him during his departure, but Iggy seemed to be a little out of his mind. As it was translated into the local language, he severely criticized the electronic music being played. He even tried to imitate the sound, saying it was a “fake” song. “I’m going to fight electronic music to death,” he said.

Iggy, in 2007, could even be against electronic music, but people always change their minds. That’s because, this year, he released songs in partnership with the renowned British duo Underworld. The result was electronic music with the addition of his voice, like “Get Your Shirt” and “Bells And Circles”.

But it’s not just with electronic music that it has “issues.” In 1977, Iggy criticized the term punk-rock during an interview with CBC. According to him, the term is used by “heartless manipulators of the music industry, who steal the energies, bodies, hearts, souls, time and minds of young men who give their all.”

Continue Reading
You may also like...
Related Topics:articles, back in time, CLASSIC ROCK, Featured, iggy pop