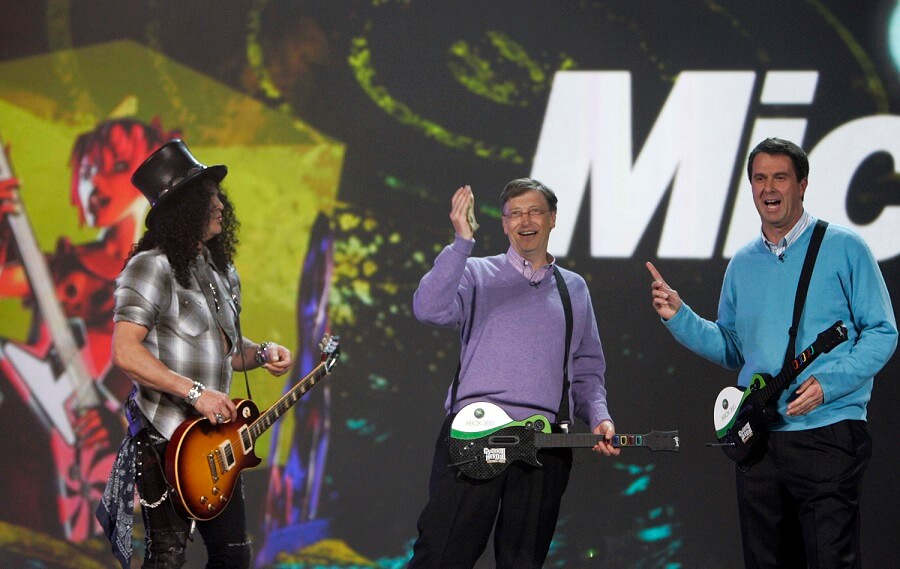 On January 6, 2008, the creator of Microsoft Bill Gates was at the Consumer Electronics Show in Las Vegas to announce the Guitar Hero III game.

At the time, he was on stage with Kelly Law Yone, known as the world champion of the game where you can play various rock and roll classics using a guitar-shaped controller.

Whoever there was Slash, Guns N ‘Roses guitarist, who came on stage with a real instrument and played “Welcome To The Jungle” while Gates watched it all.