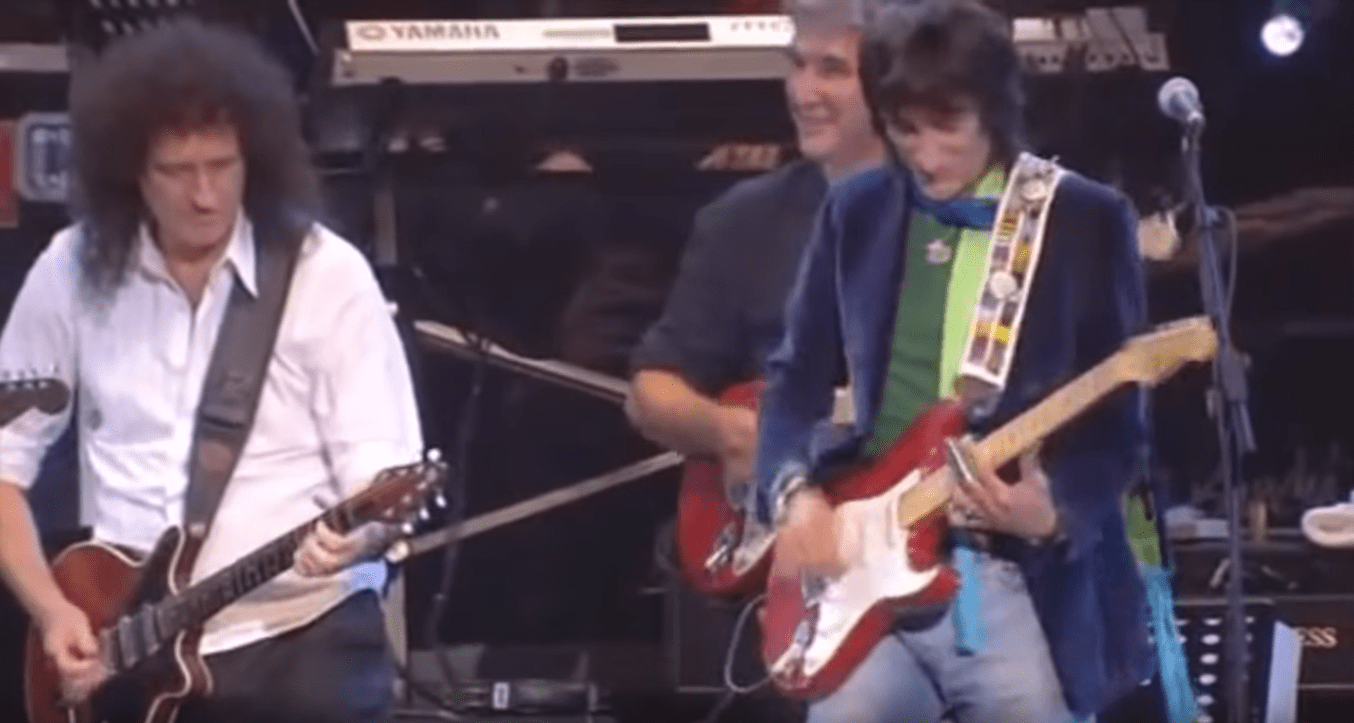 The video is taken from “The Strat Pack: Live in Concert”, that is a film of a September 24, 2004, concert featuring Joe Walsh, Gary Moore, Brian May (playing the Sunburst Stratocaster, in the opening set, rather than his signature guitar Red Special ), Hank Marvin, David Gilmour, Mike Rutherford and many more, marking the 50th Anniversary of the Fender Stratocaster guitar. The film was released in 2005.