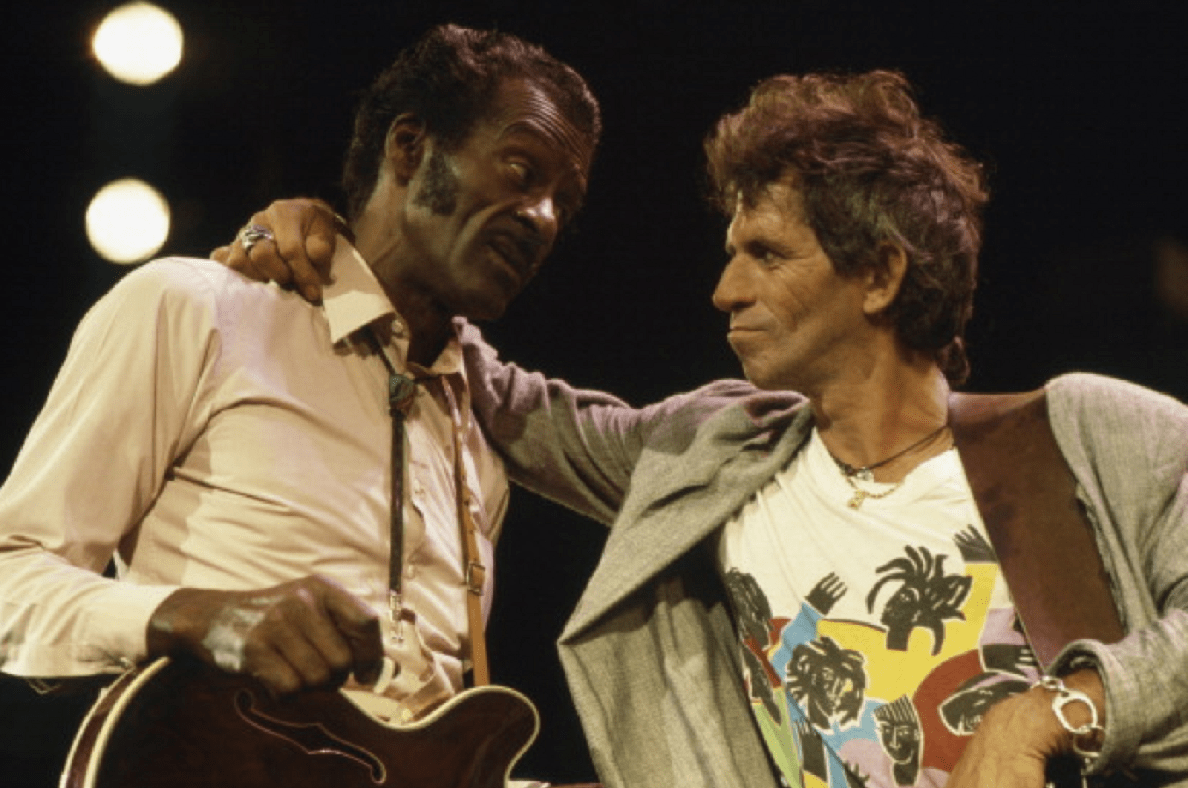 Back in 1986, Chuck Berry divided stage with many acclaimed musicians and the mentor behind that was Keith Richards, a long time fan. The concerts celebrated Chuck Berry’s 60th birthday and were turned into the documentary  “Hail! Hail! Rock ‘n’ Roll” (1987), the name comes from a line in the song School Days.

Along with concert footage, the film also features scenes from the rehearsals for the shows, interviews with Berry and members of his family, and “talking-head”-type appearances from a number of musicians, including Bo Diddley, The Everly Brothers, John Lennon (archival footage), Jerry Lee Lewis, Roy Orbison, Little Richard and Bruce Springsteen.