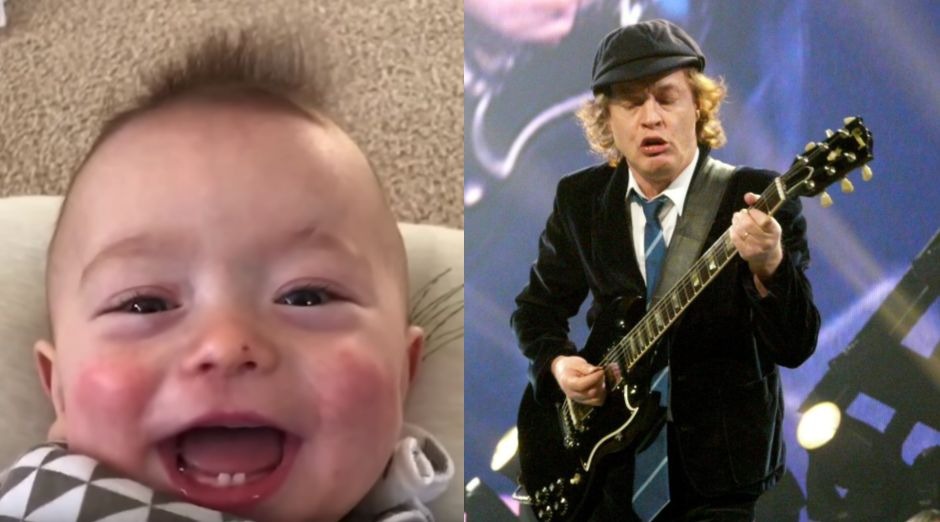 You probably heard the AC/DC classic “Thunderstruck” many times but now you can see this cute version made by a father, that compiled his son’s sneezing and laughing so that it looked like he was singing the song.

AC/DC guitarist Angus Young once said how the song was created:

“It started off from a little trick I had on guitar. I played it to Mal and he said ‘Oh, I’ve got a good rhythm idea that will sit well in the back.’”

“We built the song up from that. We fiddled about with it for a few months before everything fell into place.”

“Lyrically, it was really just a case of finding a good title … We came up with this thunder thing. Based on our favorite childhood toy ThunderStreak, and it seemed to have a good ring to it. AC/DC = Power. That’s the basic idea.”

The song sold over a million digital copies since it became available for digital download.

How Freddie Mercury shared his inheritance between Mary and others
How was the first encounter between the Beatles and the Rolling Stones?
To Top