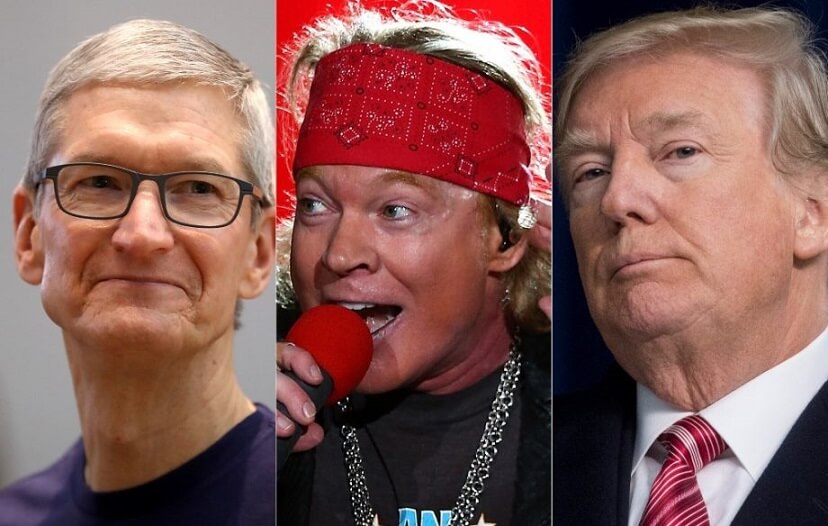 Axl Rose, leader of Guns N ‘Roses, is not very active on Twitter. But when he goes into the social network, it is usually to polemize. And his latest tweet targeted Tim Cook, CEO of Apple.

Tim Cook is the Donald Trump of the music industry.

In the publication, Rose calls Cook “the music industry’s Donald Trump.” Although the singer has given no further explanation, based on what he has recently posted about the president of the United States, it is possible to assume that the commentary is a criticism.

Recently, Rose also used Twitter to criticize Melania Trump, the wife of the American president. The musician called the first lady an “ex-prostitute.”