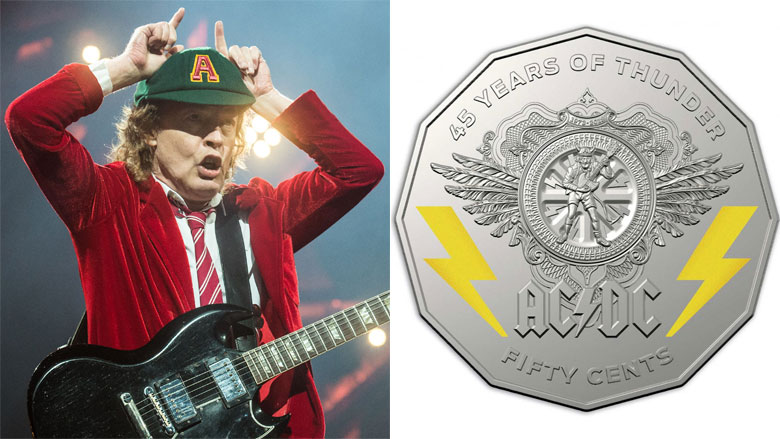 In commemoration of ACDC 45th anniversary, the Australian Mint will launch a circulation of 30 thousand 50 cents coins and 10 thousand $ 5 commemorative coins. They will not circulate like regular coins, they will be available for collectors at $ 15 and $ 130 respectively (yes, that doesn’t make much sense).

10 fans of the band that order the commemorative coin can receive something much more special. 10 super-limited coins that after sisters-in-law were marked by a 3,500,000-volt radius (a tribute to the hit “Thunderstruck”) at Caged Lightning in Questacon, which produces presentations with Tesla coils. 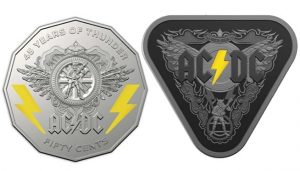 Read what they said about the coins:

“The Mint thought that a band as iconic as AC / DC deserved high-voltage coins and an electrifying pitch to match. We don’t know what effect the rays will cause on coins, but we find that the quality of these coins makes the radius effect only visible in magnification. ” 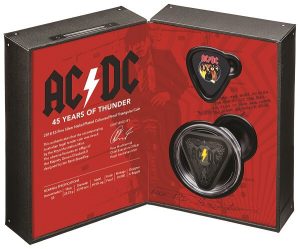 AC/DC was formed in 1973 in Sydney by the brothers Malcolm Young and Angus Young. They become the Beatles from Hard Rock, true legends that inspired millions of musicians around the world.