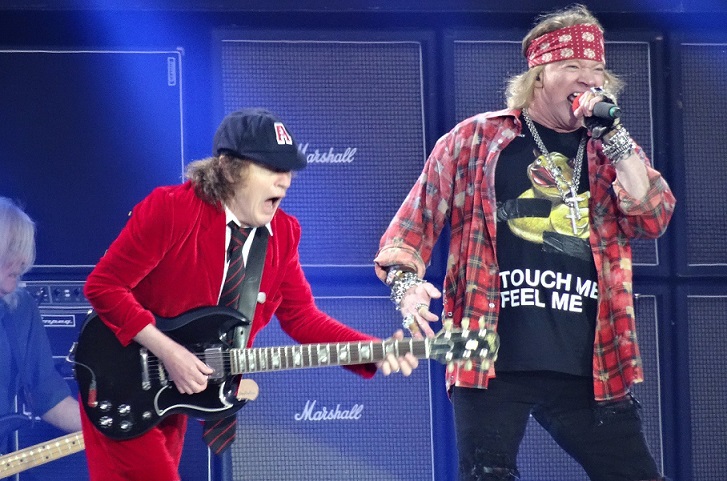 With AC/DC now reduced to just Angus Young and a question mark surrounding the frontman position after Guns N’ Roses’ Axl Rose was tapped to replace the ailing Brian Johnson to wrap up the Rock or Bust tour, fans are wondering what comes next. According to Rose Tattoo’s Angry Anderson, a new album is in the works.

In an interview with The Rockpit, Anderson spoke about his Aussie rock ‘n’ roll compatriots. Rose Tattoo served as one of GN’R’s opening acts on their exhaustive ‘Not in This Lifetime…’ tour and it was at this time that Anderson had a conversation with Young, asking what was in store for the future of AC/DC with Johnson, Cliff Williams, Phil Rudd and Malcolm Young all no longer part of the lineup. The Rose Tattoo singer asked, “What are you going to do?” and Young replied, “Mate, I’m writing a new album.” 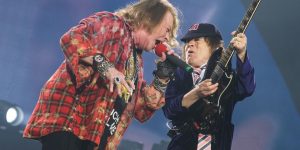 When asked who else was in AC/DC, the ever-youthful schoolboy supplied just one name: “Axl.” “Yes it’s sad that the original lineup aren’t there anymore but it’s the songs — people who have supported [AC/DC] all the way through their career, they want to hear the songs,” said Anderson. Touching on his own band and elder rock acts in general, the singer went on, “And in a sense we owe that to people, so really it’s a debt of gratitude and what we’re saying is you’ve stood by us, we’ll stand by you.”

Young has yet to comment on the future of AC/DC and most recently had to contend with the death of his brother Malcolm, who passed away on Nov. 18 of last year. The iconic rhythm guitarist retired from the group back in 2014, suffering from dementia.