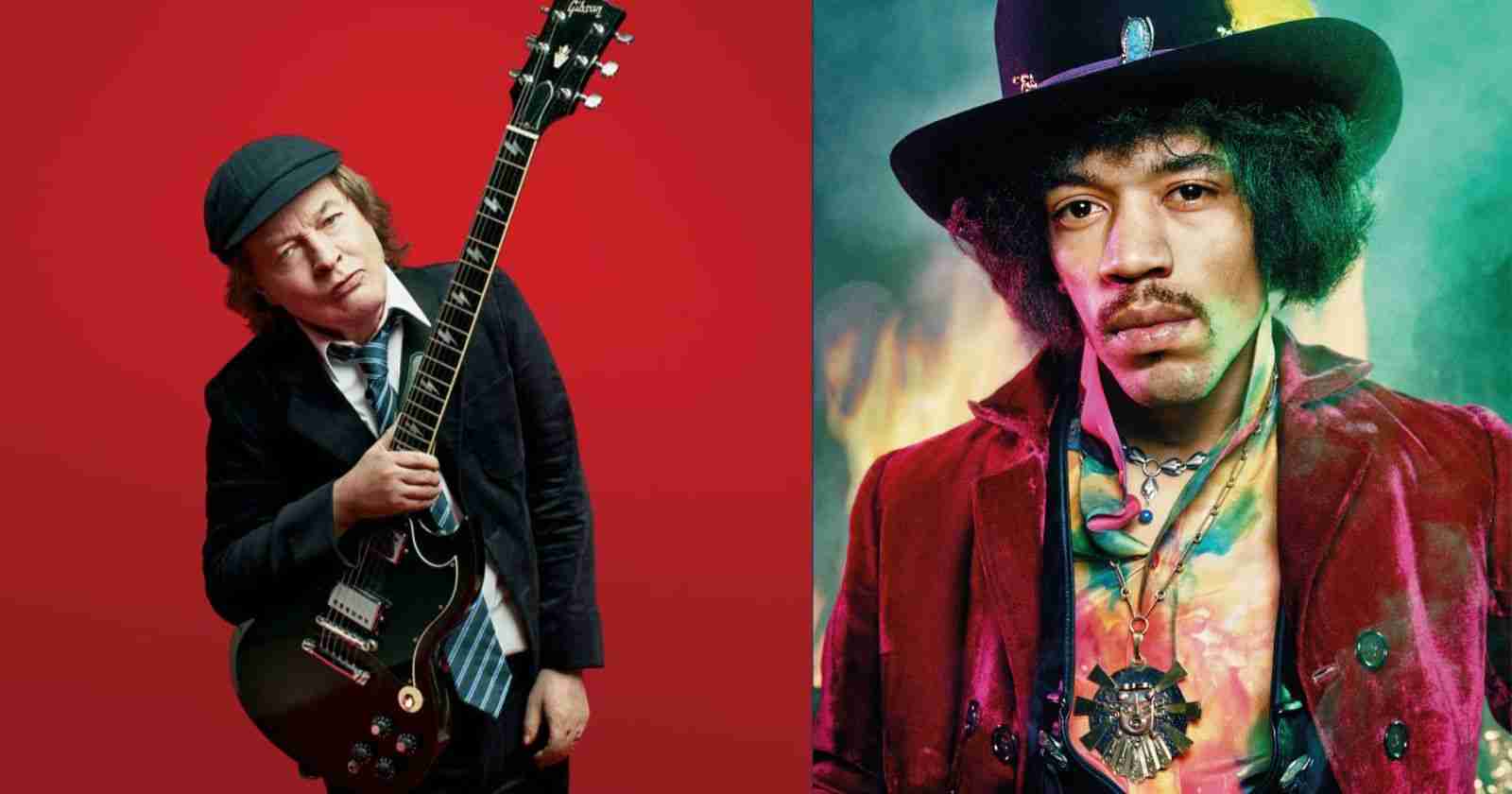 AC/DC guitarist Angus Young talked in an interview with Guitar, German magazine, about Jimi Hendrix and Jimmy Page. The musician recalled his reaction hearing “Purple Haze” for the first time.

“I could play guitar a little bit, but I really got focused on it around the years when I was about 12 into my teenage years, I started to focus more on it. And around when I was about 13-14, that’s when Jimi Hendrix appeared on the horizon. And when I first heard the song ‘Purple Haze,’ I was totally enthralled. ‘How’s he doing that?’ I was just so impressed with it. Plus, Malcolm, my brother, there was a few shows we had also seen.

“We had gone, the two of us together, and we had seen people like the band The Yardbirds – they had come to Australia. And at the time, the lineup had just changed. I think they originally used to have Jeff Beck. But then, later on, when we saw them, they didn’t have Jeff Beck – they had Jimmy Page on guitar. So that was good, because at that time, that kind of sound, especially for guitar, it jumped out at you, the sound of it.”

“So that was really good. But then when along came Hendrix, you kind of went, ‘Woah! This is another level on guitar.’ So I was very much a fan of that. I was not really a good note picker. People – they could hear a song and just pick up the notes. I used to say to Malcolm, ‘You pick up the notes and then show me.’ [Laughs] So he would do that. He’d pick out all the notes of anything I wanted to know, and then he would just show me, and then I would play it like he showed me… But I had a host of styles.”

“From other family members who played, you pick up a bit of Chuck Berry, you pick up a bit of blues, and some folk tunes. So I had a bit of a variety of different stuff – even some early traditional jazz stuff. My sister, she was always getting me different records and stuff, ’cause she knew we were interested in doing stuff. It wasn’t so much guitar. I heard Louis Armstrong play on the trumpet, do a solo, and I’d go, ‘I like the notes,’ and I’d learn the notes… So I had quite a bit of variety. When I look at all the players who I admire, there’s a lot of players. You can go from A to Z – there’s a lot of players.”