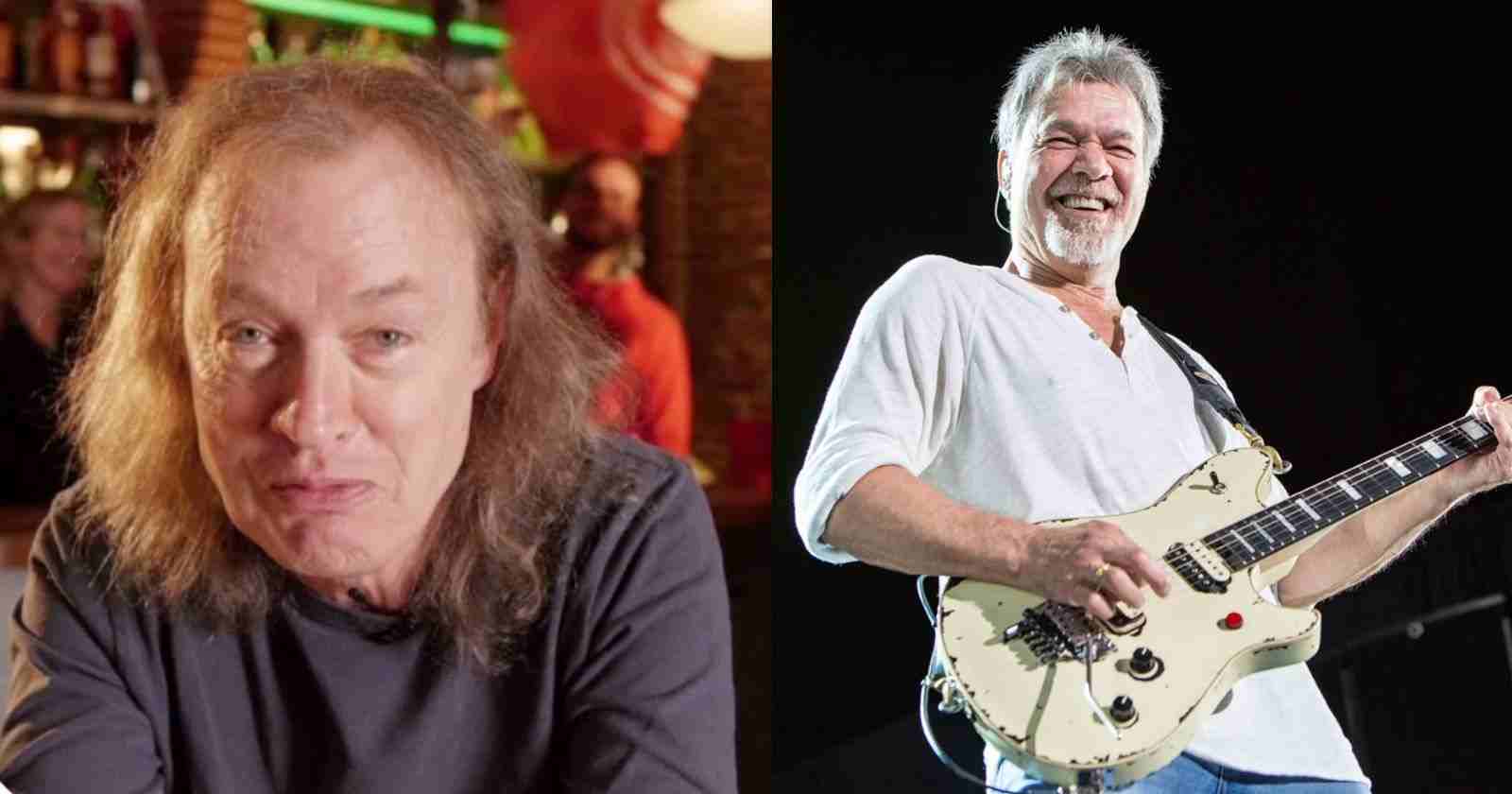 AC/DC guitarist Angus Young recalled in an interview with Talk Is Jericho when the late guitarist Eddie Van Halen called him at 2 in the morning. The musician also talked about how Eddie was when they saw each other.

“Yeah, we played – we were in Europe, they did these festival shows like Monsters of Rock, and we were on and they were on. So we would go ahead, the two of us together, we were co-headlining. We did a lot of dates through Europe and that big festival at the time, that Donnington one.”

“I remember when Brian [Johnson, vocals] just joined [in 1980], when we were not long, you know, we’ve done the album [1980’s ‘Back in Black’] and we’d be rehearsing in London. They [Van Halen] happened to be in London and he [Eddie] called; I got a telephone call in the middle of the night.”

“He’s on the phone, going, ‘Hey man, you’re really bad motherfucker!’ ‘Yeah, but it’s two in the morning…’ Anyhow, they were gigging there, he was asking if I’d come down and I said, ‘Well if I don’t make it there, I’m sure we’ll hook up somewhere.'”

“It was there, in Donnington, he’d come just before we were going on stage. I was in there with my little school suit on and he’d come in. He was just all charm – full of warmth, happy to see me. At first, I was a bit shocked. I got this guy, he’s talking like, ‘You crazy motherfucker!’, he’s hugging me…”

“He liked Mal [Malcolm Young, guitar] because on that tour they’d go out to a couple of clubs, have a few drinks and stuff – go with Brian, hook up, have a game of darts… He loved all that stuff.”