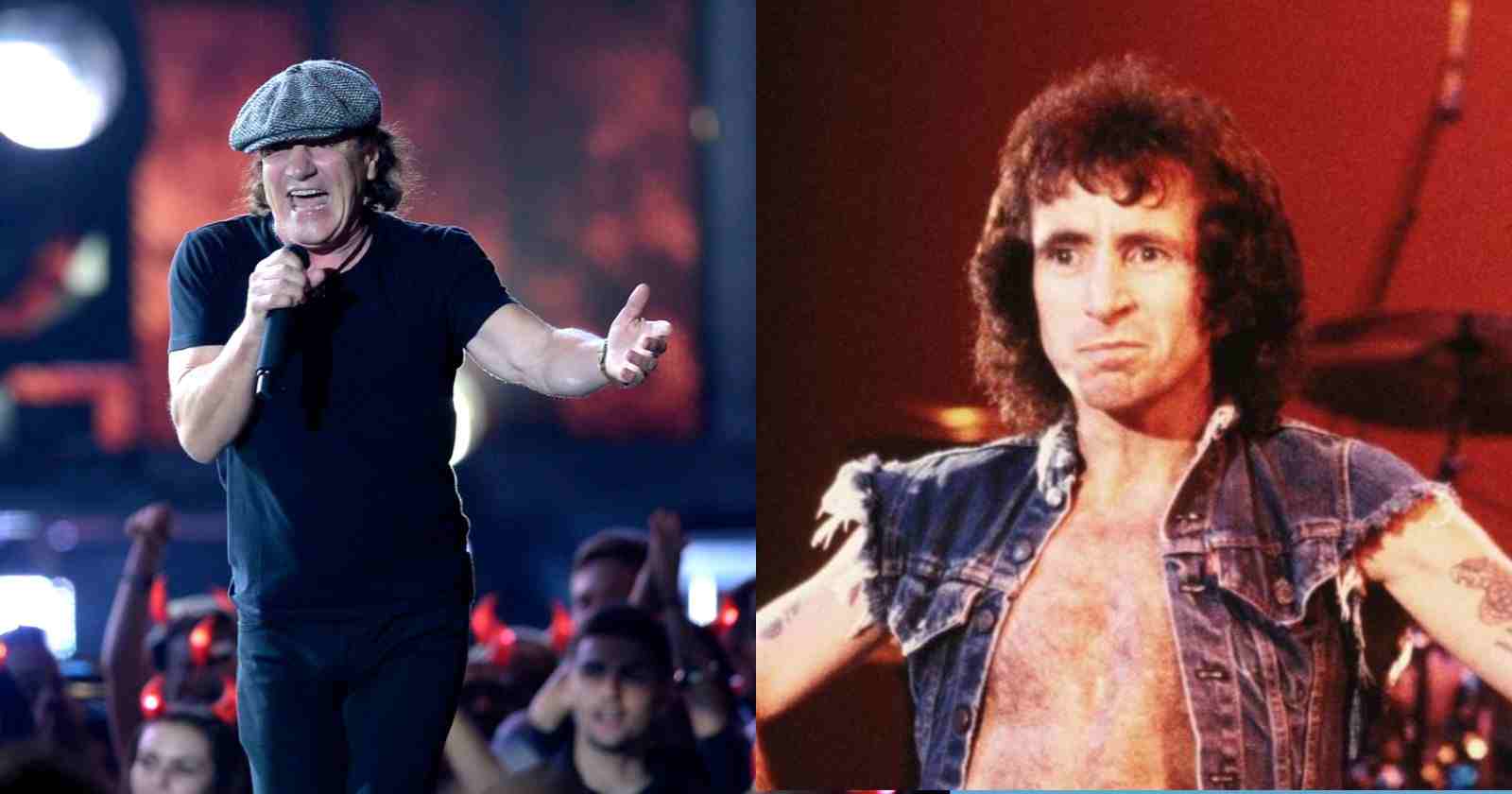 After Bon Scott’s death AC/DC invited Geordie singer Brian Johnson for the band and recorded “Back In Black” album in 1980. In an interview with 95.5 KLOS, guitarist Angus Young recalled that Bon Scott once praised Brian Johnson.

“Bon had been in a band that had toured in Britain. They were opening for the band Brian was in, which was a band called Geordie. Anyhow, they were gigging away, and as Bon told the story, he was saying he was listening to Geordie performing and listening to Brian, and then he heard this screaming.”

“He said it sounded great — he said it sounded like Little Richard was on the stage. He said this guy [was] howling and yelling. And then he said then he saw the guy on the floor. Bon thought it was great — it was the best act he had seen, and a singer, in a long time. But what he didn’t know, afterwards he found out, Brian had an attack of appendicitis. But Bon thought it was part of the act. He thought, ‘This guy is incredible.’ ‘And he was still hittin’ these high notes,” Angus Young said.

In an interview with BBC Radio back in 2020, Brian Johnson recalled when he heard the news about Bon Scott’s death. The musician also talked about the experience of recording “Back In Black” with the band.

“And that’s how I went out to do ‘Back in Black.’ They didn’t have much money, and I just remember that being one of the happiest times I think I’ve had my life. Working with these guys, listening to these guys fire up, and just go, ‘By God, these guys are good!’