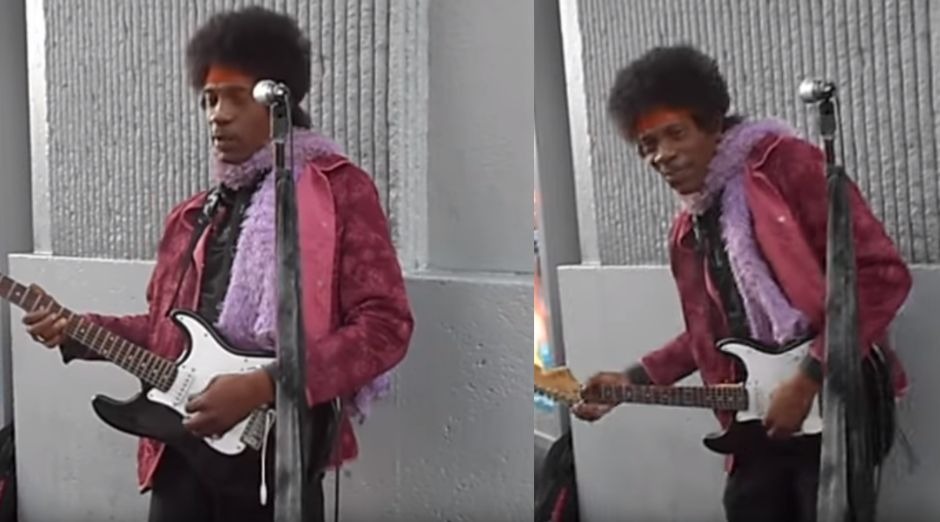 Walking in Hollywood Boulevard, in Los Angeles, United States you see many amazing performers and this one revives the legendary guitarist Jimi Hendrix, that unfortunately left us too soon, with only 27 years.

James Marshall “Jimi” Hendrix (born Johnny Allen Hendrix; Seattle, November 27, 1942 – London, September 18, 1970) was an American guitarist, singer and songwriter. In practically all the published lists of best guitarists in history. He occupies the first place, and one of the most influential musicians of his era, in several musical genres.

After achieving initial success in Europe, he achieved fame in the United States after his performance in 1967 at the Monterey Pop Festival. He was the main attraction, two years later, of the iconic Woodstock Festival and the Isle of Wight Festival, in 1969 and 1970 respectively.

Hendrix preferred high-powered tube amplifiers, with which he produced a saturated and dry sound, and often approached the guitar in front of the speakers to produce an effect called “feedback”, in which the sound feeds itself, adding harmonics and sustain. This pleasant and musical effect is sometimes confused with another, unpleasant, feedback.