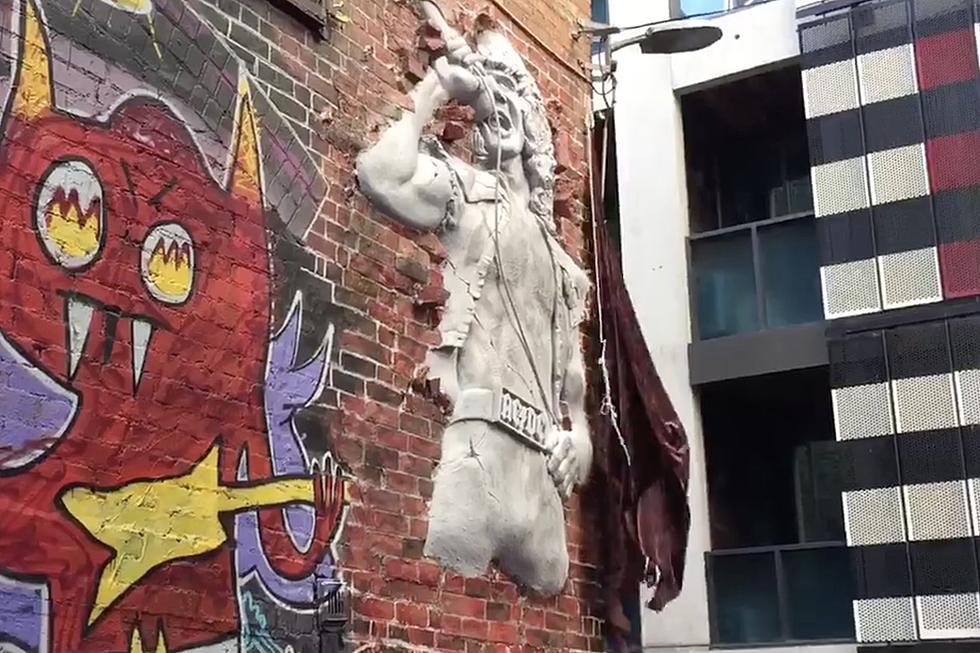 An amazing new sculpture of Bon Scott carved in his likeness was revealed in Melbourne, Australia. It happened during a dedication ceremony attended by Scott’s son Dave Stevens, that made the honors and presented the artwork to the public for the first time.

The newspaper Sydney Morning Herald reported that the sculpture is the work of artist Mike Makatron, whose murals are described as a regular fixture along the city street where this new Scott tribute resides — the fittingly named AC/DC Lane. 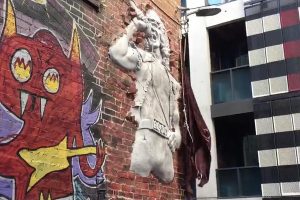 “It’s an honor to add a permanent 3D element that pays tribute to a great Australian rock ‘n’ roll band and its lead singer, Bon Scott, but also to music in general,” said Makatron.

Bon Scott’s son also talked about the tribute. Read what he said:

“Thanks to all, especially the vision of James Young of Cherry Bar, who instigated the idea and grant application with Creative Victoria.”

“Sydney has the Opera House and Melbourne has Bon Scott,” Young added that the place chosen for the sculpture is “the perfect place to honor Bon Scott and to provide inspiration for aspiring musicians and music fans.”

This isn’t the first public landmark to be inspired by the singer. Visitors to Fremantle in Perth, Australia, can visit a Scott statue and there’s another standing in his Scottish hometown, where it serves as the centerpiece of a memorial garden.

See the footage of the moment the sculpture was revealed: