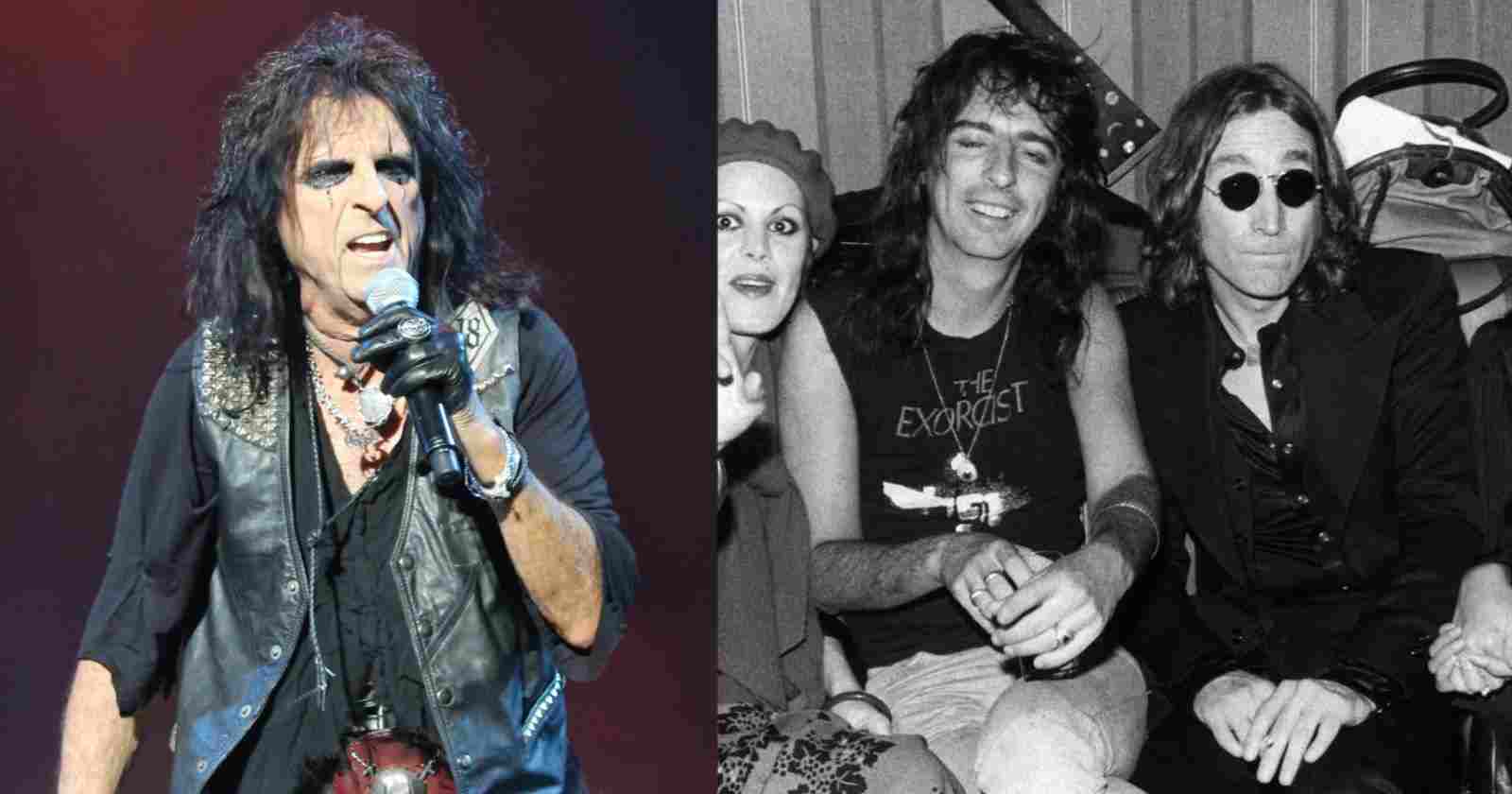 Alice Cooper, the godfather of Shock Rock​ talked in an interview with Kerrang magazine about the times when Bob Dylan and John Lennon praised his work. He also said that he thinks the theatrics of the concerts maybe overshadowed the songs at the time.

Kerrang: “Bob Dylan once said that he thought your talents as a writer were underappreciated. What did you make of that?”

“I had never met Bob Dylan, but he was certainly the poet laureate of America. That was a huge compliment for me. And John Lennon’s favourite song was Elected, which he used to talk about, and that gave us some credibility. I do think that the music was overshadowed by the theatrics, but that didn’t keep us from trying to write great songs.”

“To this day, if you don’t think that your next album is going to be your best album, or if you think that you’ve already written your best song, you should probably quit,” Alice Cooper said.

Is it true that there are a whole tranche of albums that you made in the ​‘80s that you can’t remember recording because you were too pissed?

​“Yeah, there was a period where we wrote, recorded and toured albums that I don’t really remember. It’s so funny that those are the fans’ favourite albums. I always think, ​‘Wow, I’ve got to go back and listen to them, because I don’t remember any of those songs!’”

Presumably your lifestyle during this period led you close to death. What did you learn from these times?

​“Well, I had to get sober in order to suss it out. When I first came up, my elder siblings were [Doors singer] Jim Morrison, Jimi Hendrix, Janis Joplin and Keith Moon, and all of these people. I was sitting there trying to drink with them. And some of these people died when they were 27. I think that I realised then that Jim and Jimi and those guys were trying to live their image. Jim had a great image onstage.”

“He was like a statue of [Michelangelo’s] David up there. He was always high and boozy and sexy and all the girls went crazy over him. I said, ​‘I wonder if he ever puts that character away and just lives a normal life?’ Well, I used to know him and I know that he didn’t. He was always that character. And I think that part of that is what killed him.”

“I looked at that and thought, ​‘The Alice Cooper character is 10 times as extreme as me.’ I had to find a way to co-exist with him. Now I live a normal life – or as close to normal as you can be being in rock for this long – and I look forward to putting the make-up and the stage costume on. I can’t wait to get up there and become Alice Cooper. But there was a time when I thought I had to be Alice all the time. And it would have killed me if I kept going like that. It definitely would have killed me.”