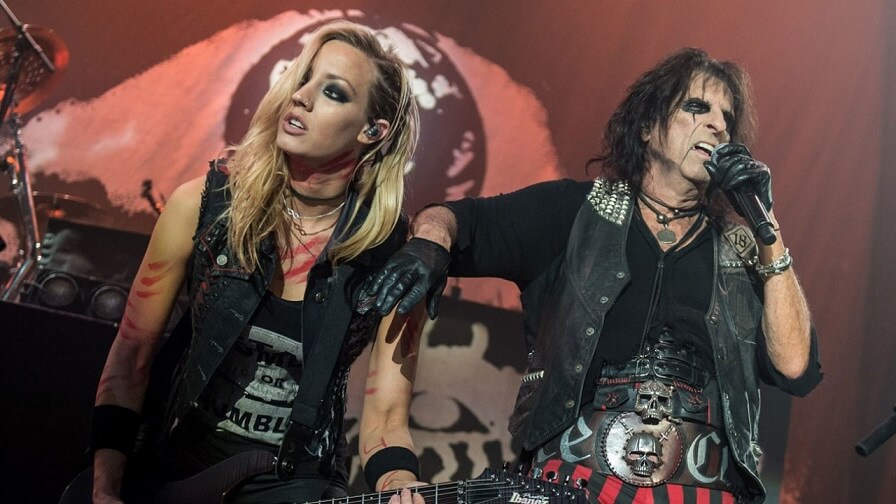 The vocalist Alice Cooper spoke, in an interview to WMXQ radio (transcription via Blabbermouth), about this current show. The singer highlighted the theatrical elements that cannot miss in his presentations and praised the guitarist Nita Strauss, who has been part of his band since 2014.

“We’re always going to play all the hits, I think the audience wants to hear the hits, so we play all the hits and do everything that made Alice famous, we got the guillotine, the nurse, the straitjacket and all the things people do want to see, in addition to surprises, things that are not waiting, “he said, initially about the show.

Then Alice spoke of the band that accompanies him. “The most important thing about this tour is that this is probably the best band I’ve ever had.” Our drummer, Glen Sobel, was voted best rock drummer by the vote. Nita Strauss looks like a model, plays like Eddie Van Halen, she was also voted by the vote as the best rock guitarist woman, and I have all the guys who are very professional, the band is so good, it’s ridiculous, “he said.