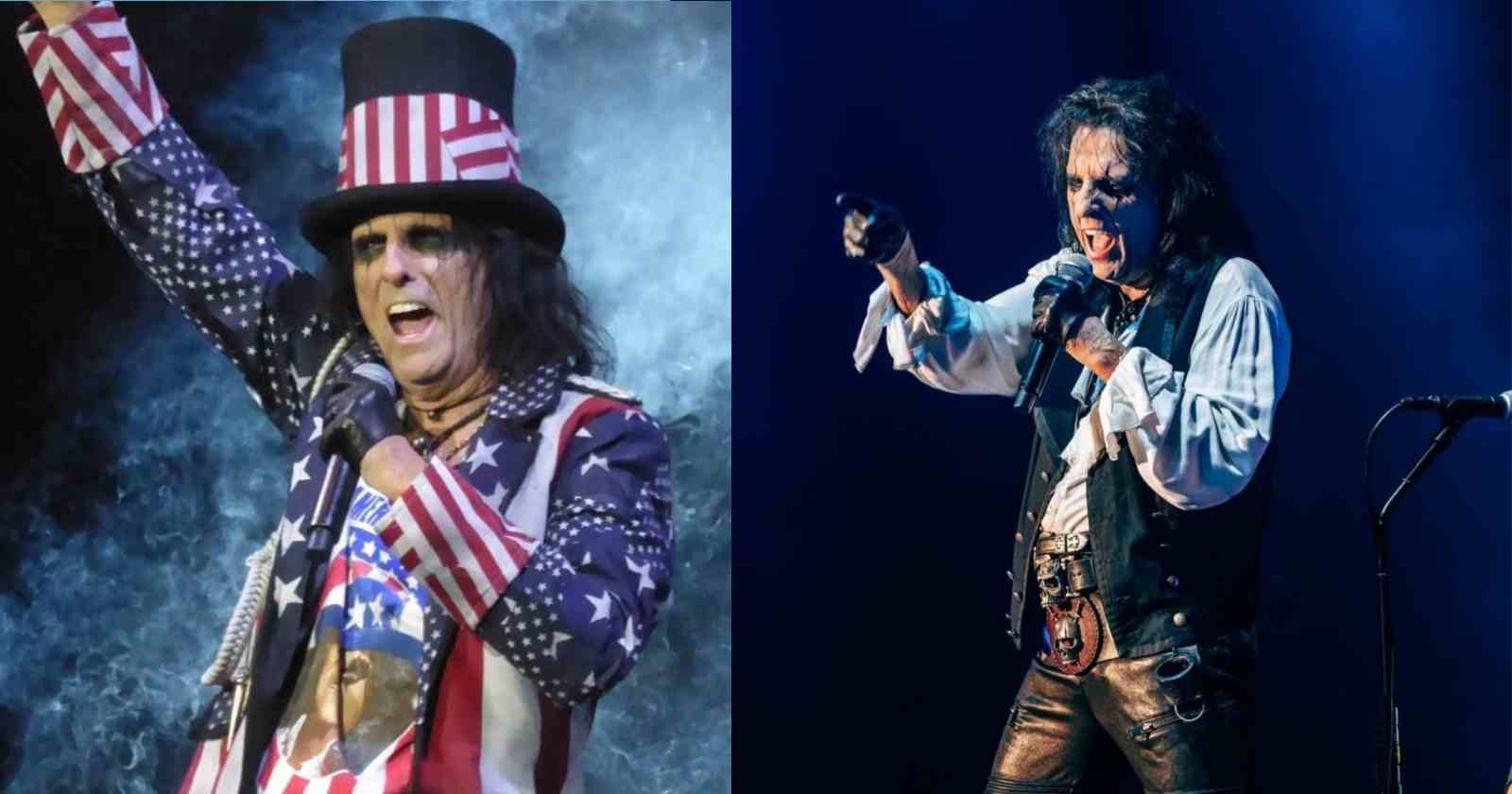 Alice Cooper, the legendary godfather of Shock Rock told Rolling Stone Germany (Transcribed by Rock and Roll Garage) that he has already 30 songs for his two upcoming new albums that according to him are a little different. He also revealed that they are being produced by the famous Bob Ezrin, that had worked on several Cooper classic albums and with bands like Kiss, Aerosmith, Pink Floyd and Deep Purple.

Alice Cooper says he has 30 songs for his two upcoming albums:

“A lot of those were born during the plague. We couldn’t go touring for 18 months. So what a musician gonna do? Well, they’re going to write songs. Everybody has a studio in their house. So we were writing songs and doing demos.”

“At the end of this whole thing, I got in touch with Bob and said, ‘Here’s 30 songs.’ We decided, ‘Ok, let’s do two albums.’ But the two albums are definitely two different angles of coming in to Alice Cooper. One is very hard rock. The other one is hard rock but it’s twisted. Tthat’s all I can say about it right now, because there’s a couple of really important things about both albums.”

When asked about his work with Bob Ezrin, who produced many of his classic albums, Cooper replied: “Bob is my George Martin (Beatles producer), you know. What George Martin did with The Beatles is what Bob did with Alice Cooper early on with “Love It To Death” (1971) and “Killer” (1971), “School’s Out” (1972). He kind of taught us how to write a song. Even though we wrote great parts, we wrote songs but the verse was great, the b-section wasn’t great, chorus was ok.”

“Then in another song the chorus was great but the verse wasn’t that good. He came in and taught us how to put all that together so that the verse was great, the bridge was better and the chorus was even better. That’s how we learned how to write. Ezra is the only guy on the planet that understands Alice as much as I do. When we were doing the lyrics and the vocals that’s when the real personality of Alice shows up.”

“We talk about him in the third person, so we will be sitting there listening back to a track and he will go: ‘Wait a minute, Alice would never say that’. I’ll go ‘Yeah, yeah. You’re right, let’s rewrite that’,” Alice Cooper said.

There are still no information about the release of the records. Cooper’s most recent work was “Detroit Stories” (2021).

The famous Queen song that was influenced by Aretha Franklin
Taylor Hawkins’ tribute show will have Geddy Lee, Brian May and more
Advertisement
To Top