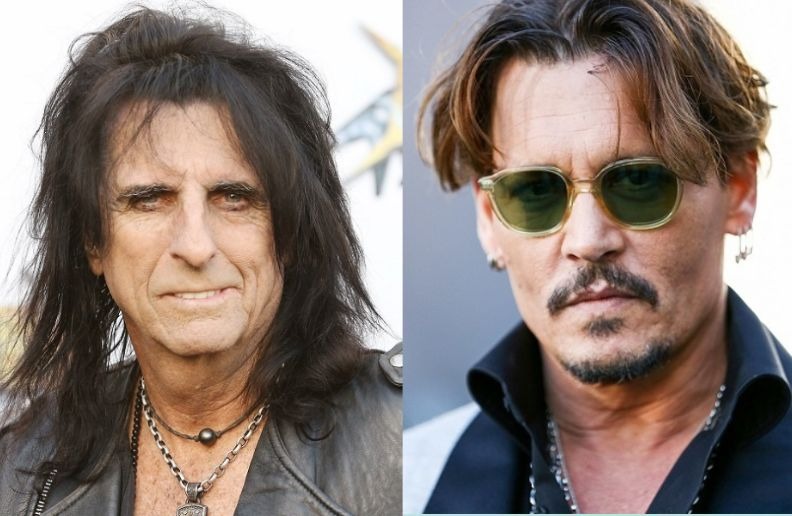 Alice Cooper defended his Hollywood Vampires bandmate, Johnny Depp. He says there is a misrepresentation of the actor by the media, including substance abuse and financial problems.

He said to NME:

“Almost everything I read about Johnny Depp was absolutely untrue. You know, I’m touring with him and it says here in the paper: ‘Well, you [Depp] weigh 90 lbs and you’re a drug addict and you’re drinking and that you’re out of money’ and all this stuff,” Cooper said.

“I’m on tour with him and I’ve never seen him look better in his lifetime, I’ve never heard him play better, he’s laughing all the time. Just the opposite of what you’re reading is what was going on,” he continued.

Cooper, who is marking 50 years since the release of his debut album ‘Pretties For You’ with a UK tour in October, added that Depp consequently put “a lot of venom” into lyrics on Hollywood Vampires’ forthcoming new album.

“I tell ya, the really interesting thing is going to be the new [Hollywood] Vampires album, because of it was written on the road. A lot of it is Johnny Depp’s writing and there’s a lot of venom in his lyrics because of all the crap that went on,” Cooper said.

“On this album, [Depp] wrote a lot of the lyrics – and I got to sing them – so I’m the one delivering the venom. Being in a band is, I think, more expressive for him than doing movies. When you’re in rock ‘n’ roll, you can bring your personal life and problems right to the stage – and you can bring your anger to the stage. It’s hard rock, but there’s stuff you’re not going to expect.”