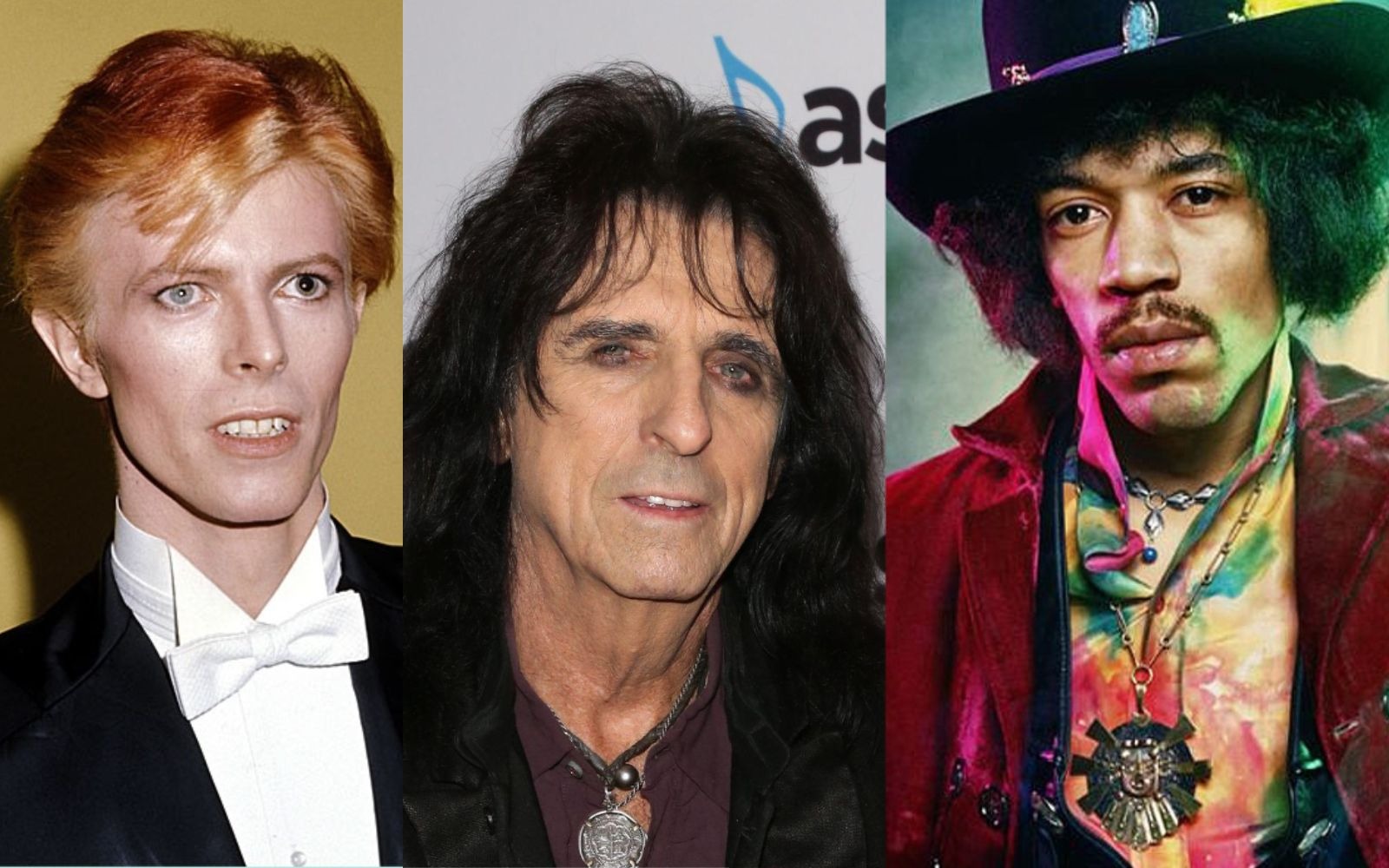 In an interview with Cameron Buchholtz Alice Cooper revealed what Jimi Hendrix and David Bowie said to him and he never understood.

“I remember two incidents when I was first starting that really got my attention”.

“I was talking to Jimi Hendrix, and Jimi goes, ‘Man if I have to play ‘Foxy Lady’ one more time, I’m going to go crazy.’ I was sitting there going, ‘If I was in the audience and he didn’t play ‘Foxy Lady,’ I would really feel cheated.’

“Then Bowie one time told me, ‘I’m going to do a whole tour and not do any of the hits.’ I went, ‘Wow, they’re going to hate you for that.'”

About his opinion on that, he said:

“I’ve always done the hits. I’ve always believed, ‘Do the hits, and do them just like the record.’ And then add what we call the stage hits – songs like ‘Feed My Frankenstein’ and ‘[The Ballad of] Dwight Fry,’ things like that. You give them those songs because those are the theatrical songs.”

“Then, every once in a while, you throw in a song that nobody’s expecting. You can really tell who the real fans are when all of a sudden you do a song like ‘Roses on White Lace,’ and they go, ‘Wow, I never thought I’d ever hear them do that song’ – but if you’re an Alice Cooper fan, you know the song.”