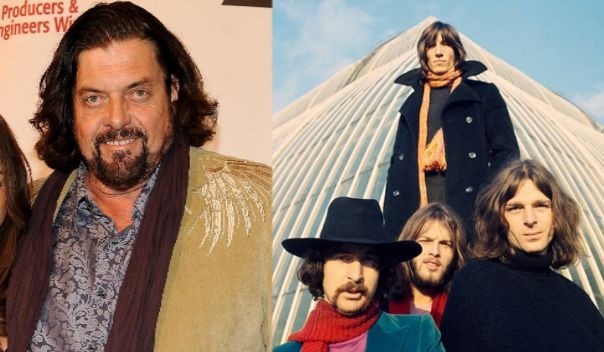 In an interview on Let There Be Talk, Alan Parsons, known for Alan Parsons Project and for being the engineer on Beatles “Abbey Road” and Pink Floyd’s “The Dark Side of The Moon”, talked about his career and why he didn’t wanted to work with Pink Floyd on “Wish You Were Here”.

When you were in working with Pink Floyd [on 1973’s ‘The Dark Side of the Moon’], I mean, this is the biggest selling record, pretty much one of the Top 5 biggest-selling records of all time… When you were in there and they’re starting to do this, were you sitting in there thinking, ‘This is insane, what these guys are doing’?

“You know, I think we all felt at the time it was going well and it was certainly the best music they recorded so far, but no one thought we’d be talking about it 44-45 years later.

“It’s unbelievable. I’m proud to be associated with it – a great sounding album, yeah.”

They asked you to work on their next record, [1975’s] ‘Wish You Were Here,’ but you started The Alan Parsons Project [the same year]. Were you pretty confident?

“I wasn’t at all confident, no. But I had some success with these pop singles with Pilot and another British artist called John Miles – he didn’t really figure over here in the States, but he had a Top 5 hit as well; two Top 5 hits in the UK.

“But, you know, I was incredibly successful in the UK, I had two consecutive No. 1 singles in the singles chart. It just seemed the right decision not to take the Pink Floyd job.

“They offered me a full-time engineering job in the studio and engineering them live as well. I turned it down, but it was the right thing to do.”

When you were doing these records in the ’70s, how long were you guys in the studio? Were you in there all year round, or were you popping them out every couple of weeks? Because you were putting out records every year, some bands even two a year.

“We worked fairly quickly. We took breaks, we didn’t do, like, six weeks, we just did a week here, a week there – I would say no more than, say, 11-12 weeks to make an album, but spread out over a year period. As you said, we put out an album every year, for a long time we did that.”

When you were a teen, how did you pick up these skills of being an assistant engineer, then later being an engineer, and producer and engineer? Are you just doing it, like, you just magically have this stuff? Because there was no internet back then, you had to be hands-on in there, and you’re like an intern. Was it automatic for you, were you learning a lot from the other guys after the road?

“It was very much the learning process after the gig. I did start at the bottom, I started at the tape library, stood there, then eavesdropped on sessions, just literally watching.

“Then let loose on the tape machine, then learning from the engineers, then gradually getting into doing say rough music for somebody when the engineer had to go, you could say that.

“Then it progressed into getting the full-blown engineer’s job, then production. It was a great sort of development, it all happened so quickly.”

Did a lot of ideas for you come off of working with these legends, like The Beatles?

“It goes without saying I was Beatles-influenced. All the experiences, I mean, the great thing about working on Abbey Road was that the musical styles were so diverse.