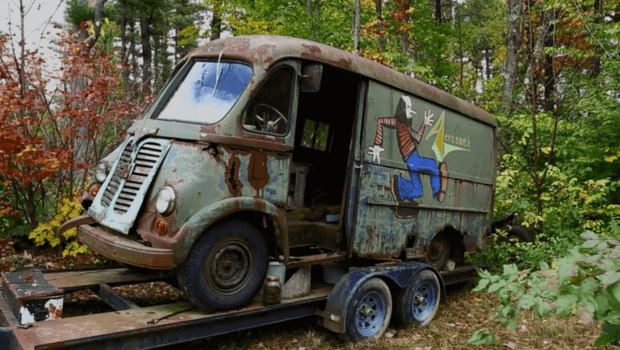 The first Aerosmith tour van was found abandoned in a forest near Chesterfield in the United States. The vehicle was tracked by Mike Wolfe and Frank Fritz, presenters of American Pickers, a series featured on The History Channel.

The authenticity of the van was confirmed by guitarist Joe Perry and Ray Tabano, a founding member of Aerosmith. Tabano stayed in the band between the years of 1970 and 1972, before being replaced by Brad Whitford. 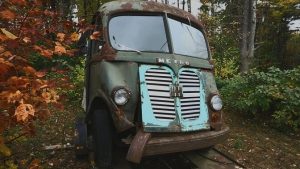 “I’m afraid to say how much time it has, but I think it’s been 40 years since we’ve been in this thing,” Tabano said. “We were going for 125 dollars. After the fuel, tolls, and food, we all earned $ 3 each. It reminded me of the humble beginnings, and I look where [the band] is now, it’s just incredible. ”

It is not known how the van went into the woods, but the owner says he bought the land with “someone with a connection to Aerosmith.” The presenters bought the car for $ 25,000.

Aerosmith, sometimes is referred to as “the Bad Boys from Boston” and “America’s Greatest Rock and Roll Band. Their style, which is rooted in blues-based hard rock, has come to also incorporate elements of pop rock, heavy metal, and rhythm and blues, and has inspired many subsequent rock artists. They were formed in Boston, Massachusetts, in 1970. Guitarist Joe Perry and bassist Tom Hamilton, originally in a band together called the Jam Band, met up with vocalist Steven Tyler, drummer Joey Kramer, and guitarist Ray Tabano, and formed Aerosmith. In 1971, Tabano was replaced by Brad Whitford, and the band began developing a following in Boston.