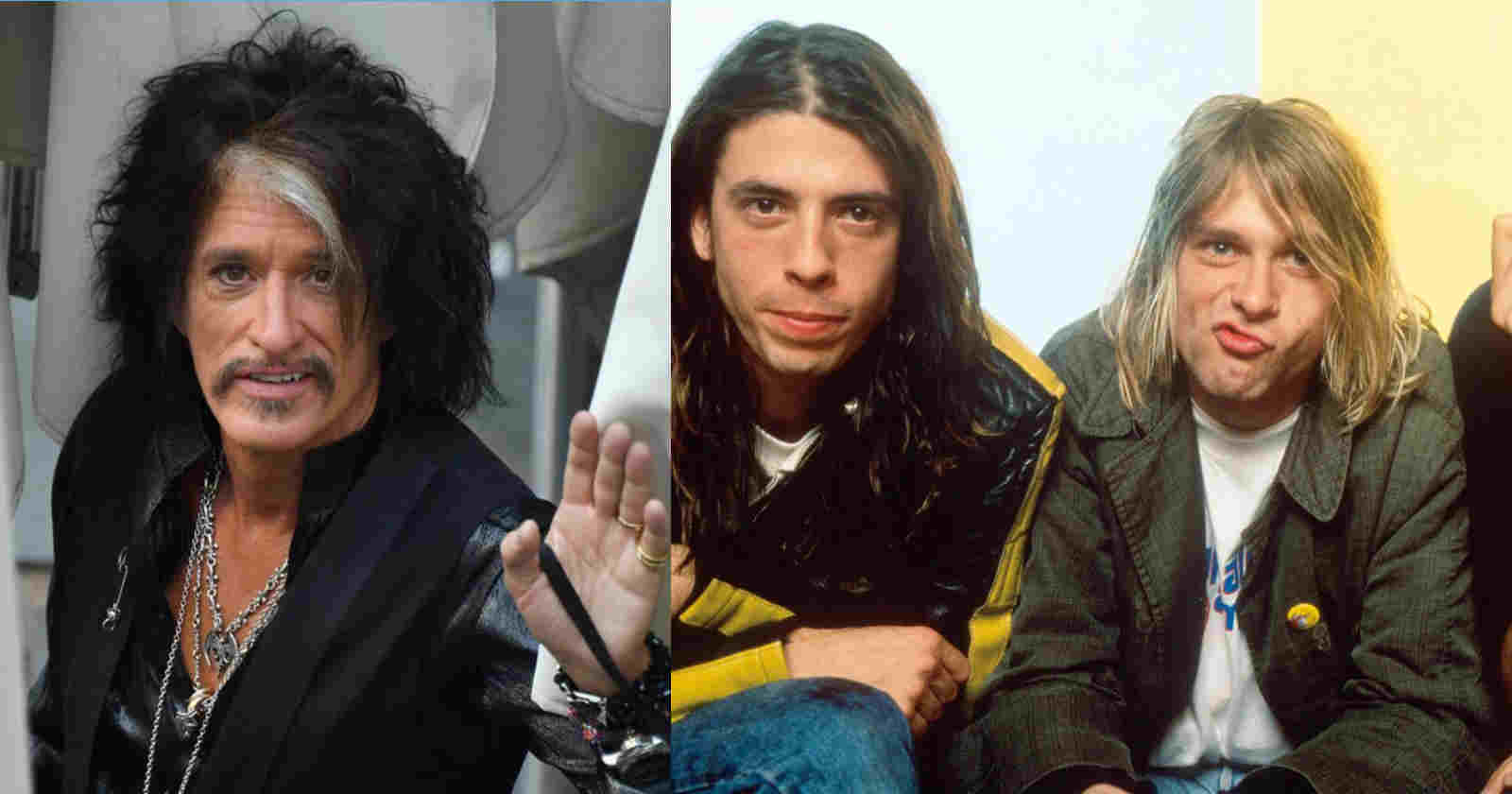 Aerosmith guitarist Joe Perry gave his opinion in an interview with Ultimate Classic Rock on Nirvana and compared their history and sound with Aerosmith.

“I really like Nirvana. Basically, if you didn’t know anything about them and you listen to the music, especially the singles and stuff, it sounds like rock ‘n’ roll. There isn’t much difference between that and what they called the hair bands.”

“We came in at a very weird time, we have to understand that. We were influenced by the second English invasion, but in my mind, we were… And now, a lot of people lump us into that group. It wasn’t too long ago I was standing on stage in Tokyo with Jeff Beck and Jimmy Page, just the three of us, and then about 40 other guys from other bands were standing over there watching us. It’s weird we came up at a strange time because we were influenced by those bands.”

“We were listening to Led Zeppelin ‘III’ or ‘IV’. I’m not sure which one – when we wrote the first song for our first record. We came up in the middle there, at the beginning of the ’70s. And the music pulled us there but it wasn’t until like ’74 or ’75 that we started to conquer and become credible. Because we’re an American band but we were sounding like an English band. In Boston, we were looked at as outsiders. We didn’t really play the clubs in Boston, we played out in the suburbs.”

“We were America’s garage band, that’s how I look at it. And we were the band you could come to see and you could relate to because you couldn’t go to see The Stones or Led Zeppelin every night. We played all across America, and people realized we were actually a different kind of band than Zeppelin or The Stones. So back then, we fell in the cracks, we weren’t the dogs. We were a blues-based rock band. We were influenced by those English bands that came over like The Who and The Yardbirds.”

“And we liked what we were hearing how they were interpreting American music, American R&B, and blues. But we got caught in the middle there. So it wasn’t until we really played some of the biggest gigs on record.”

“Finally, we burned out, and it wasn’t until we got back together and it started rolling that the people started to see us on TV, and see that we weren’t Led Zeppelin and we weren’t The Stones. And to actually listen to the music. Because we didn’t sound like either one of those bands. And we got in on the tail end of the MTV generation so we saw all these hair bands coming up, and, of course, Van Halen!”