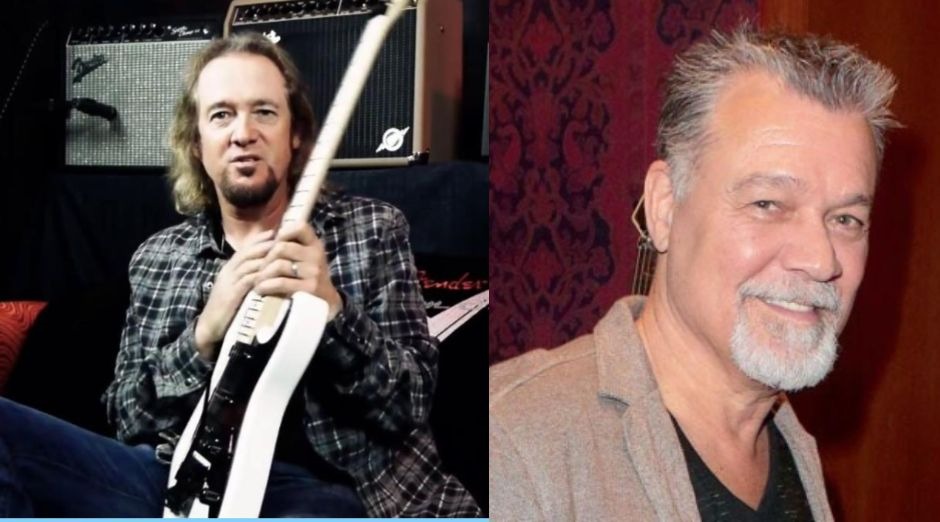 During a conversation with Andertons Music at this year’s NAMM, Iron Maiden guitarist Adrian Smith discussed his musical influences.

In an interview with Andertons Music at 2020’s NAMM, the legendary Iron Maiden guitarist Adrian Smith talked about his guitar influences, and revealed that Eddie Van Halen wasn’t one of them.

“Not really. I’d already been playing a few years before he came out, so your style gets kind of set, but he influenced a lot of people.”

Adrian revealed the musicians that inspired him:

“All sort of English raucous kind of bands. When I started out playing, I played The Stones and Beatles, ’cause they were a few chords; it was easy. And twelve-bar blues – that’s how we started.”

Adrian Frederick “H” Smith (London, 27 February 1957) is an English guitarist known for playing in Iron Maiden. Also is considered, along with Dave Murray, one of the best and most influential guitarists of all time. He joined the band shortly after the departure of Dennis Straton, on the recommendation of his friend Dave Murray.

Adrian stayed on Maiden for 9 years (1981-1990), leaving at the end of the decade to try other projects, and returned to Bruce Dickinson in 1999, after recording two singers’ solo albums. Before that he worked on other projects like ASAP and Psycho Motel.