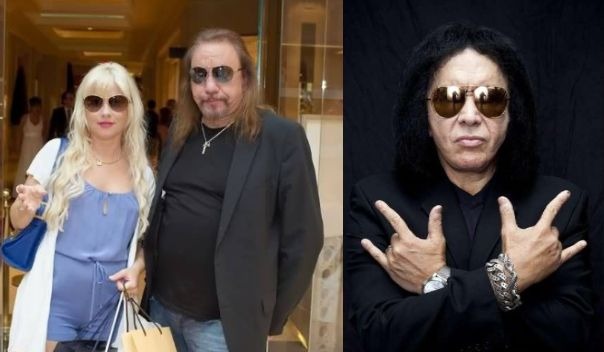 Rachael Gordon, Ace Frehley’s wife, was interviewed by a YouTube channel called “Daskeladden1” this week. She revealed details of her alleged harassment of Gene Simmons.

“Gene touched me, said things in my ear and harassed me. He acted inappropriately with me several times. Two years ago Ace was invited to the Capitol Building in Los Angeles. I accompanied him and Gene would say, “Can I buy you a cocktail?”

“He never had any modesty in harassing me and it was getting worse and worse. He’s a liar and a bad man. Gene is very stupid! “.

“He was behind me and suddenly a hand grabs my head. I didn’t even know what I was touching. I felt myself push and pull toward him. I discovered it was Gene. He pulled me through my hair when Ace was not watching, pressing me against him. Gene whispered to me, “Hey, what are we doing?” I asked him what he meant. He replied: “Let’s cut this bullshit! Let’s get out of here.”

Gene Simmons didn’t talked about the case yet. He has been acused in similar cases over the years and already had to pay big amounts of money outside the court to women who were harrased by him.