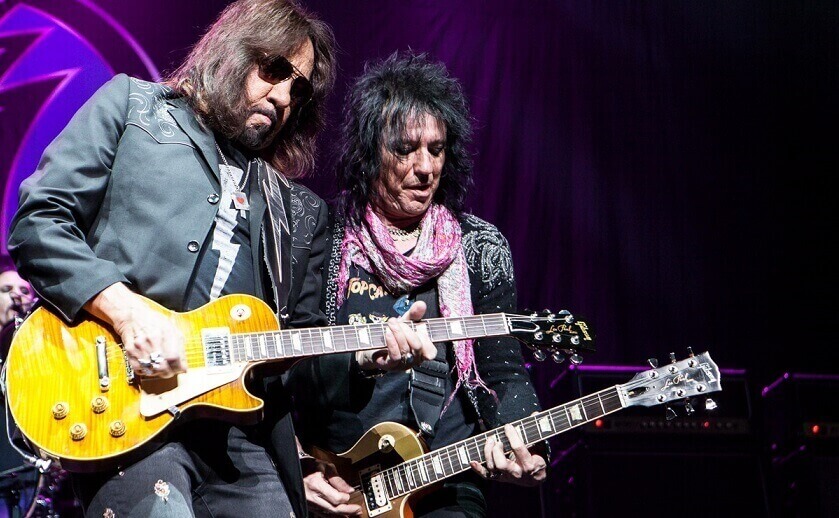 During an interview in New York, when asked about the artists who inspire him, guitarist Ace Frehley replied:

“There’s nothing new I’ve heard about this band, Greta Van, it sounds like it sounds like Led Zeppelin but I did not have time to check it out, but I still hear Stones, The Who, Cream, Hendrix, Led Zeppelin, there are more, I do not know why. Well, the Stones are still out there, God bless them. ”

Fans have made a number of criticisms of guitarist Ace Frehley after some videos of the three concerts held on the Kiss Kruise cruise were made available on 31 October and 2 and 4 November. For many, Frehley’s performance was far below expectations, despite being accompanied by a good lineup of supporting musicians – composed mostly of members of the solo Gene Simmons band.

In his three shows, Ace Frehley presented repertoires of songs related to his passage through Kiss. Songs played by him on a solo career such as “Save Your Love,” “Torpedo Girl,” “Getaway,” “Dark Light,” and “Two Sides Of The Coin” marked the performance – many of them had never entered his solo setlists.

Read more about it