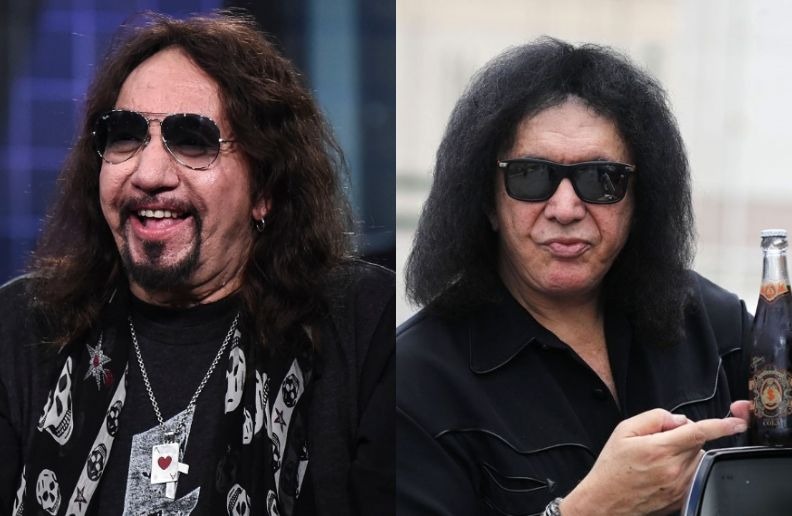 Ace Frehley lost his patience and released a long string of criticisms and accusations to Gene Simmons after Gene commented on the reasons that made it difficult the original KISS lineup reunion in his official Facebook page on End Of The Road tour. The guitarist warned the “shit will hit the fan” and revealed that Gene harassed his wife recently.

…Gene, your memory is really incorrect!…I was NEVER FIRED from KISS, I quit twice (not 3-times) of my own free will, because you and Paul are control freaks, untrustworthy and were too difficult to work with!

…Your slanderous remarks about my bad habits over the years has cost me millions of dollars and now that I’m over 12-years sober you’re still saying I can’t be trusted to play a whole nights show! Well that’s exactly what I’ve been doing for the last 12-years with different configurations of “The Ace Frehley Band” to you and Paul’s dismay!

…I’m also the most successful solo artist to come out of the original KISS lineup , and proud of it!…You and Paul have tried to derail my solo career multiple times over the years unsuccessfully.

…I’ve tried to be nice and friendly by inviting you and Paul to perform on my past albums for eOne Music, give each of you guys one of my prized Gibson Les Paul 59’ models, but today’s comments have made me realize you’re just an asshole and a sex addict who’s being sued by multiple Women, and you’re just trying to sweep it all under the carpet!

…The icing on the cake was when you groped my wife and propositioned her in Los Angeles at the Capitol Records building behind my back, when I was trying to help you out at one of your “Vault Experiences” which I only found out about several weeks later…she was planning on pursuing a suit against you, but I told her to call it off!!!

…Well now the gloves are off after your terrible comments today and I’m thinking that this really may be “The End Of The Road Tour” for you guys!!!

….Without a complete and heartfelt apology, an offer to give me my old job back, and removing Tommy from the Throne that I created… THE SHIT WILL HIT THE FAN AND THEY’LL BE NO STOPPING IT-IT’S ON!!!

50 years ago, The Beatles made their last concert on the top of a building
Ozzy Osbourne says he hated “The Osbournes” show
Advertisement
To Top