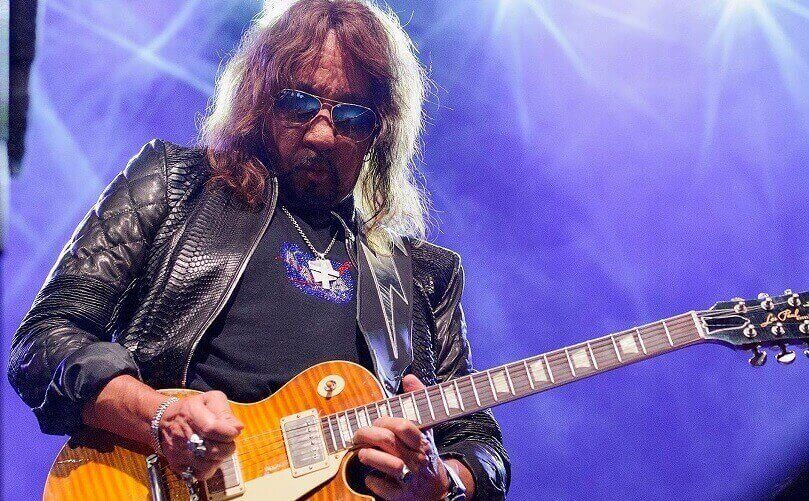 Ace Frehley revelead in interview to Ultimate Guitar that he used Fender guitar in all kiss about, although he plays with a Gibson Les Paul.

When you listen to the Kiss records, can you hear your guitar sounds improving over the years?

I think so. A lot of times I’d want to get natural ambience so I’d put an amp inside a room and get it bounced off the walls instead of using a reverb. Actually I shouldn’t even say that because back then they didn’t have digital reverb. You think about that record by Robert Palmer “Addicted to Love”? Think about that cool snare sound. They got that sound by pumping it through a hallway and then re-recording it and then putting a gate on so it wouldn’t be so elongated but it was natural reverb. Nothing sounds like that.

It’s always been the Les Paul for you?

I have to be honest with you—on all the Kiss records, they’re Fender guitars. One of the tricks I used was I’ll record a rhythm track with a Les Paul and I’ll double it with a Strat or a Telly. I’ll tuck it down. You have to realize a Strat has a different harmonic range than the Les Paul but when you blend the two together, you get a thicker sound. I’ve been doing that forever.

What other guitar stuff did you do with Kiss?

Another trick I learned from Pete Townshend is if you listen to the old Who records, he records an electric guitar and a lot of times he doubles it with an acoustic. The acoustic is tucked below the volume of the electric but it’s there. I’ve done it and when you play a track with the acoustic under the electric sometimes you don’t really hear it but when you pull it out and mute it then you hear the difference.