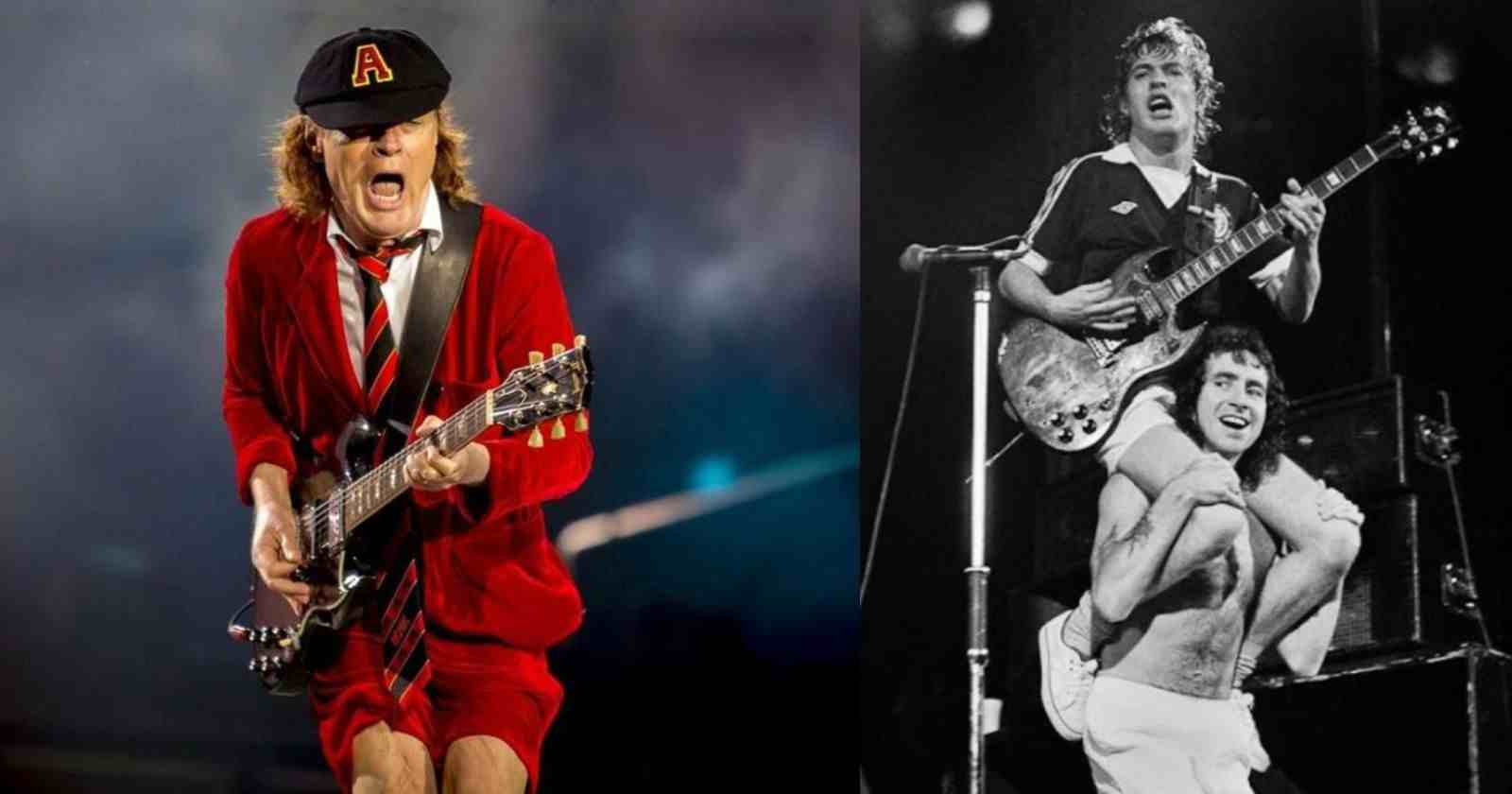 AC/DC guitarist Angus Young talked about Bon Scott lyrics and the “flavor” he added to the songs. The musician revealed in the same interview with Total Guitar that Scott wrote “Problem Child” using Young as an inspiration.

“Bon called himself a ‘toilet wall graffitist’. He was full of compliments about himself! But he could conjure a story from anything. She’s Got Balls was about his first wife. And he did say he wrote Problem Child for me, but you now, I never owned a knife like it says in the song. My dad took my knife off me when I was four. Just having a guitar was bad enough, I suppose. But yeah, Bon summed me up in two words!” Angus Young said.

“He could have used one word…

On April 30th, 1978, AC/DC played at the Apollo theatre in Glasgow, the city where you and Malcolm were born. And from that came one of the greatest live albums ever made: If You Want Blood You’ve Got It.

“It was the magic show. One night, guitars out of tune, feedback, singer farting, whatever…”

Angus Young was born March 31, 1955 in Glasgow, Scotland. He is the leader and guitarist and composer of AC/DC. Despite being Scottish, he is naturalized Australian, having dual nationality. In 2003, he was introduced together with Malcolm Young, Brian Johnson and other members of AC/DC to the Rock and Roll Hall of Fame. He is known all over the world for his extremely energetic performance on stage during concerts, his traditional school uniform. Which ended up becoming the band’s symbol and for performing the popular ‘Duckwalk’, dance invented by the musical legend, Chuck Berry. He was considered the 24th best guitarist of all time by the American magazine Rolling Stone.