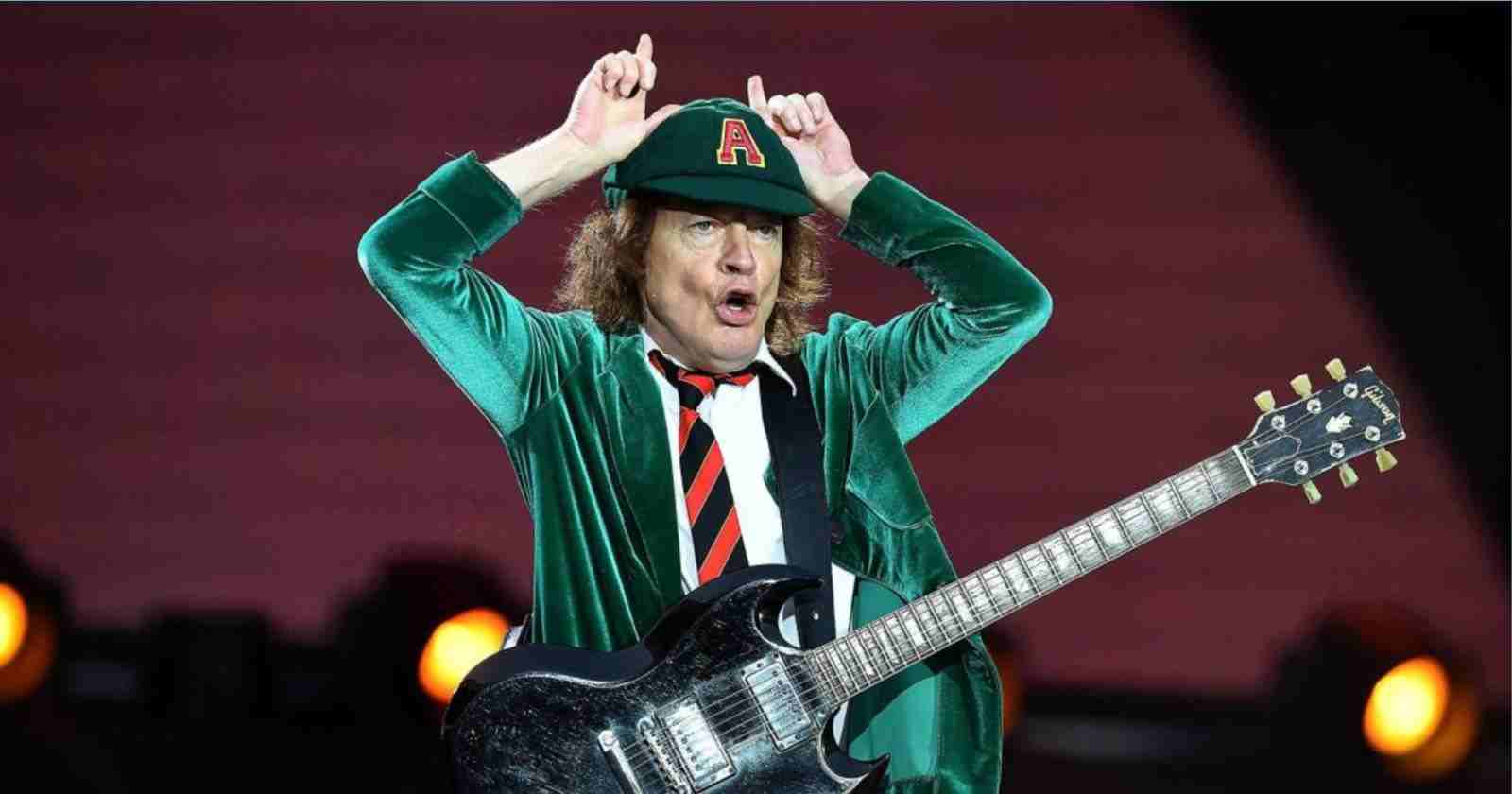 AC/DC guitarist Angus Young recalled how religious people reacted to the band’s hit album “Highway To Hell”. The musician revealed in an interview with Total Guitar that the record company was in panic when they told them the name of the album.

In 1979, the band had its first million selling album with Highway To Hell.

“That was the album that broke us in America.”

But the album’s title provoked outrage among America’s so-called ‘moral majority’ – as did the cover, on which you were pictured with devil horns and a forked tail. What did you make of the controversy?

“As soon as we called the album Highway To Hell, the American record company immediately went into a panic. With religious things, I thought everywhere was like Australia. There, they call them Bible-thumpers, and it’s a limited species, very limited!”

“Christianity was never a popular movement. It’s that convict background! But in America, you had guys in bed sheets and placards with prayers on, picketing the gigs. I said, ‘Who are they here for?’ And they said, ‘You!’ And we had that thing – that if you play the record backwards you get these Satanic messages.”

“F*cking hell, why play it backwards? It says it right up front: Highway To Hell!”

After the Highway To Hell tour, you, Malcolm and Bon got together in London to begin working on the album that would become Back In Black. How much of it was written with Bon?

“Bon wrote a little of the stuff , a week before he died. We started writing the music with Bon on drums. He was a drummer originally. He’d bang away while me and Malcolm worked out the riffs.”

Angus Young was born March 31, 1955 in Glasgow, Scotland. He is the leader and guitarist and composer of AC/DC. Despite being Scottish, he is naturalized Australian, having dual nationality. In 2003, he was introduced together with Malcolm Young, Brian Johnson and other members of AC/DC to the Rock and Roll Hall of Fame. Also known all over the world for his extremely energetic performance on stage during concerts, his traditional school uniform.