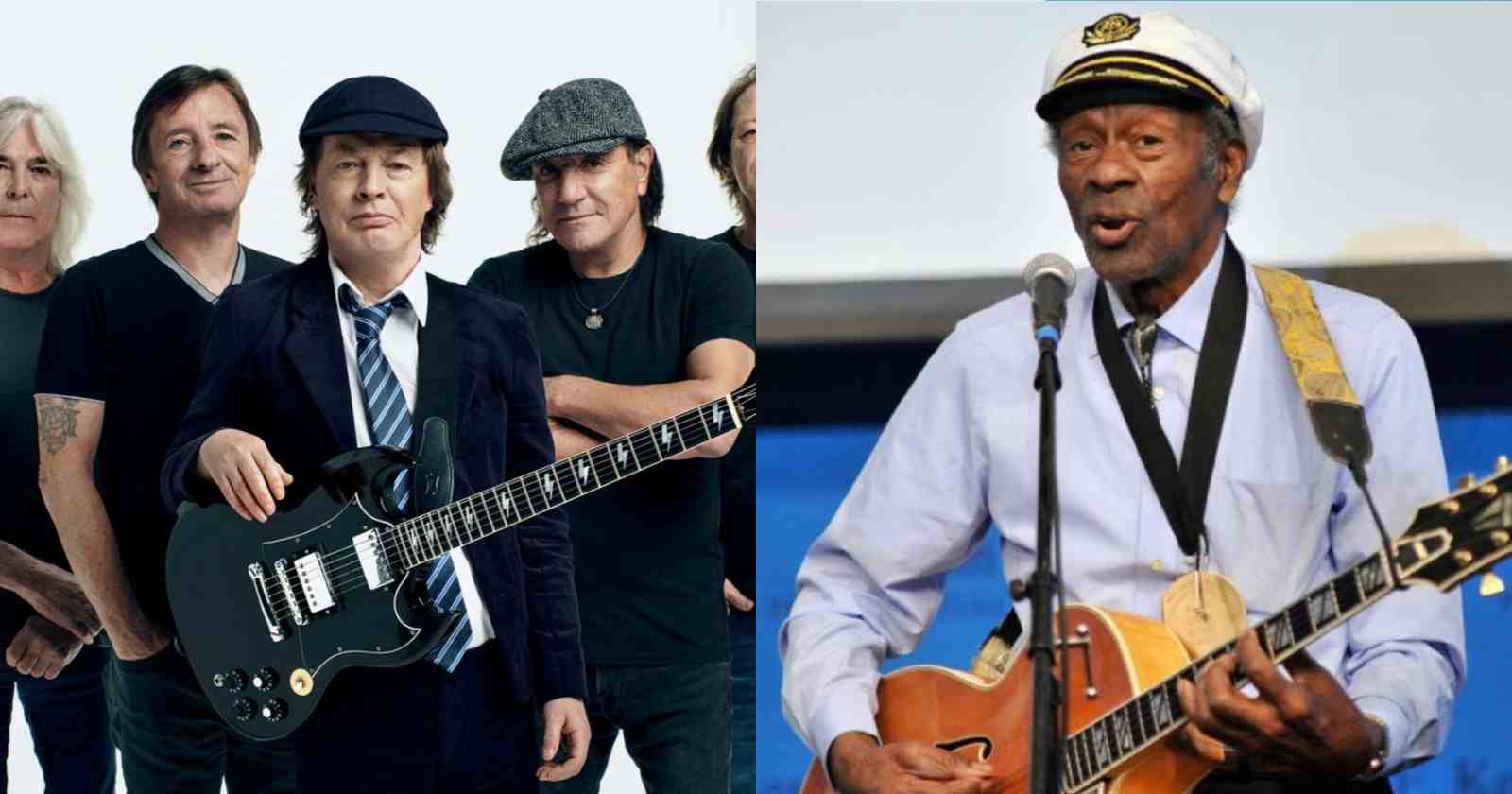 AC/DC guitarist and leader Angus Young chose on BBC’s “The Rock Show With Johnnie Walker” during the “Rock God” segment (Transcribed by Blabbermouth) the late legendary American guitarist and singer Chuck Berry as his Rock god and explained why Berry was a big inspiration.

“Chuck Berry was probably one of the great guitar people for rock and roll. He combined a lot of elements — he combined blues, a bit of jazz and his own unique style. He melded all these kind of different genres of music, but he seemed to bring it together and bring it out and it [came] out in that rock and roll style — so plain and simple, but it was so effective.

“I saw him live once when I was younger. I just loved his stage presence and how he performed. He was one of those people, when he got on a stage, he owned it.”