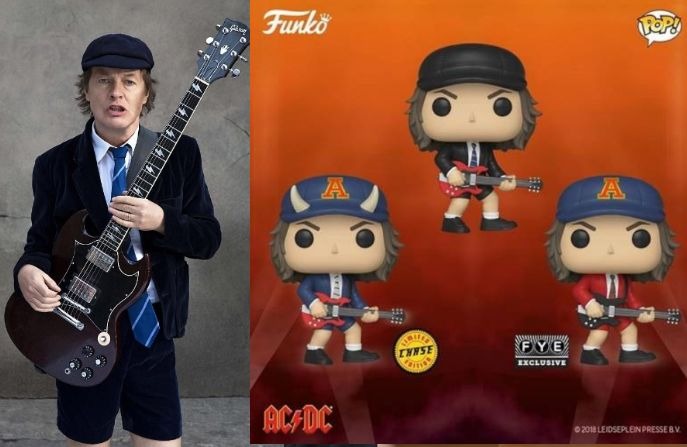 Funko will launch in January an exclusive line of Angus Young dolls, legendary AC/DC guitarist. They will be available in three different costumes, all in cap and student clothes, typical costume of Angus in the last decades on stage. 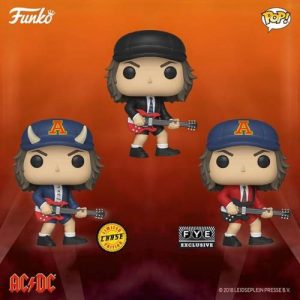 Founded in 1998 by Mike Becker, the company was originally conceived as a small project to create various low-tech, nostalgia-themed toys. Funko’s first manufactured bobblehead was of the restaurant advertising icon Big Boy.

Sold in 2005, Funko LLC is now headed by Brian Mariotti as CEO. Since 2005, the company has increased the scope of its various toy lines, and has signed licensing deals with companies

Funko was founded as a bobblehead company in 1998 by Mike Becker in his Snohomish, Washington home. In 2005, Becker sold Funko to its current CEO, Brian Mariotti, who moved its offices to Lynnwood, Washington and significantly expanded the company’s licensed product lines. By 2012, the company sold more than $20 million worth of merchandise.

ACON Investments, LLC announced in late 2015 that it had acquired licensed toy maker Funko, LLC from Fundamental Capital, LLC, but will keep current staff and head of company.