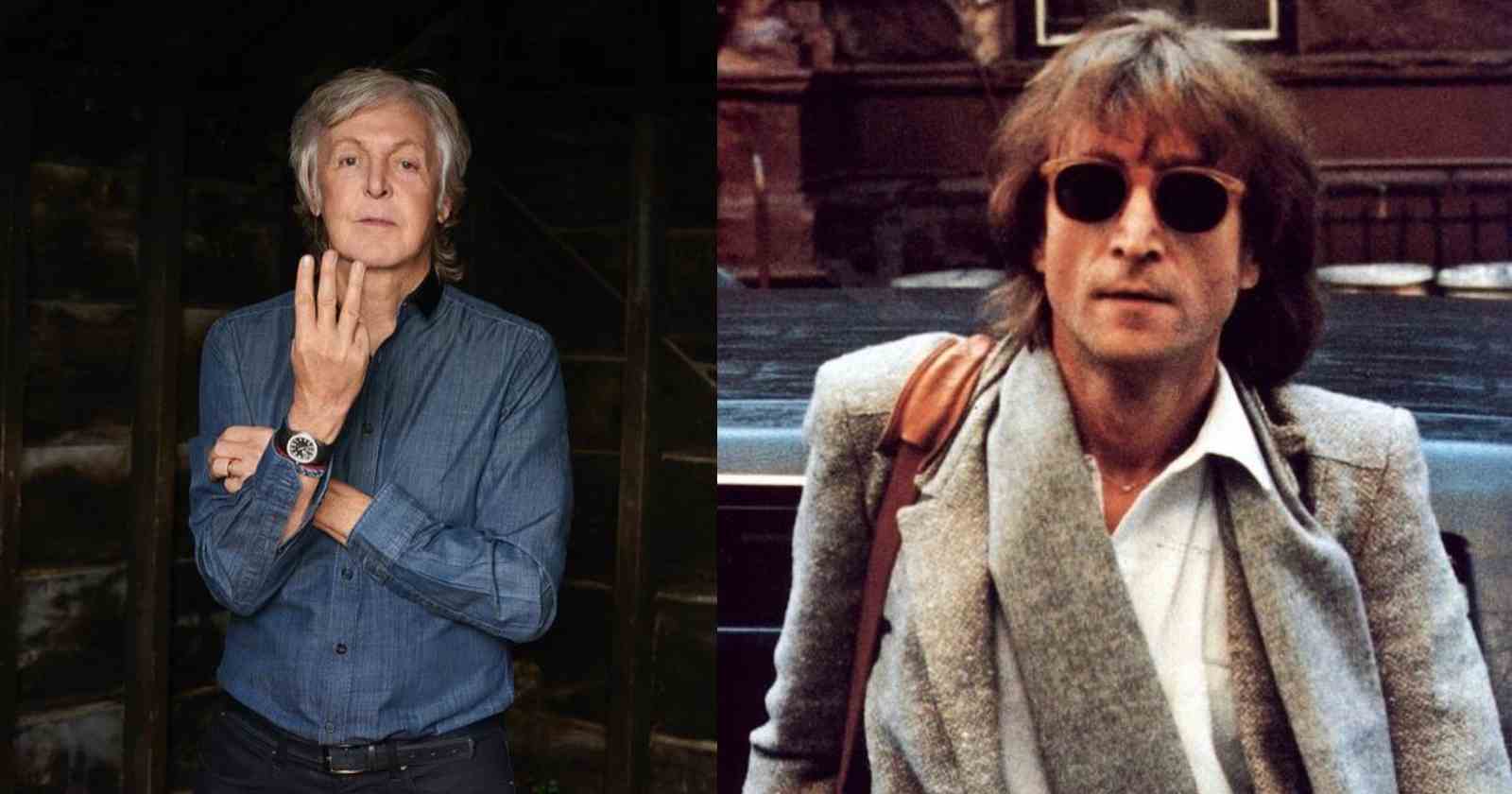 Paul McCartney and John Lennon were two of the greatest songwriters of all time who were responsible for most part of The Beatles lyrics. But after the band was over right after the release of “Let It Be” (1970) all four members went to their solo careers and some of them saw each other again only years later. Paul and John met again only a few times during the 70’s a but talked on the phone in many occasions, including the last time they spoke to each other before Lennon was killed back in December 8, 1980.

In an interview with Playboy magazine back in 1984, Paul McCartney and his late wife Linda talked about life, love, The Beatles and his solo career. When asked about his final conversation with Lennon, Paul revealed that although they didn’t had the chance to resolve the hard feelings in their friendship it was a happy chat.

When asked if he recalled his final conversation with Lennon, Paul replied: “Yes. That is a nice thing, a consoling factor for me, because I do feel it was sad that we never actually sat down and straightened our differences out. But fortunately for me, the last phone conversation I ever had with him was really great, and we didn’t have any kind of blowup. It could have easily been one of the other phone calls, when we blew up at each other and slammed the phone down.”

“It was just a very happy conversation about his family, my family. Enjoying his life very much; Sean was a very big part of it. And thinking about getting on with his career. I remember he said, ‘Oh, God, I’m like Aunt Mimi, padding round here in me dressing gown’ …robe, as he called it, cuz he was picking up the American vernacular… ‘feeding the cats in me robe and cooking and putting a cup of tea on. This housewife wants a career!’ It was that time for him. He was about to launch Double Fantasy.”

The last times they saw each other face to face

Back in March 1974 during the famous “lost weekend” period that John Lennon was separated from Yoko Ono and went from New York to Los Angeles with then girlfriend May Pang. There, he hang out with many other musicians like Harry Nilson, Alice Cooper and more. It was during this period that the last known photos of the two together were taken.

When he was at Harry Nilsson‘s house, Paul and Linda McCartney made a surprise visit and saw John Lennon and Ringo Starr working on Nilsson’s new album. Lennon and McCartney saw each other for the first time in two years and was during this visit that they played together for the last time.

Stevie Wonder was at the piano, Paul on drums and John on guitar and vocals. The two would still meet one last time in New York, in 1976. 4 years before Lennon was murdered at the door of the Dakota building, where he lived in New York, on December 8, 1980. But there are no photos or videos of that meeting.

In an interview with The New York Times back in 2020, Paul McCartney talked about he deals with John Lennon’s death and revealed that more than 40 years later is still not easy: “It’s difficult for me to think about. I rerun the scenario in my head. Very emotional. So much so that I can’t really think about it. It kind of implodes. What can you think about that besides anger, sorrow? Like any bereavement, the only way out is to remember how good it was with John.”

“Because I can’t get over the senseless act. I can’t think about it. I’m sure it’s some form of denial. But denial is the only way that I can deal with it. Having said that, of course I do think about it, and it’s horrible. You do things to help yourself out of it. I did an interview with Sean, his son.”

“That was nice — to talk about how cool John was and fill in little gaps in his knowledge. So it’s little things that I am able to do, but I know that none of them can get over the hill and make it OK. But you know, after he was killed, he was taken to Frank Campbell’s funeral parlor in New York. I’m often passing that. I never pass it without saying: “All right, John. Hi, John.”