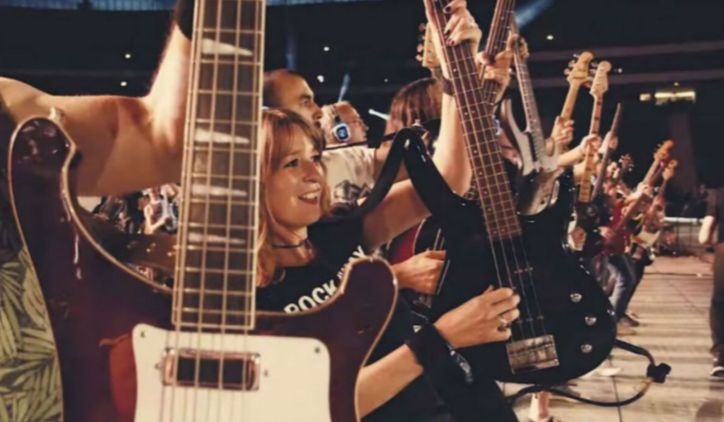 Rockin ‘1000, a band of 1,000 people, shared a video playing Rage Against The Machine’s “Killing in the Name” at Commerzbank-Arena in Frankfurt.

The group became known after recording a video with Foo Fighters’ “Learn to Fly”, aimed at catching the band’s attention and persuading them to perform in the small town of Cesena, Italy. In response, Dave Grohl and company gave a three-hour performance to the musicians.

Rockin ‘1000 was founded by six people and accepts registration on their website by any musician who wants to participate. “No rankings, no awards, no winners, no losers: everyone can be a part of it, whether it’s as an audience or a member of the ‘biggest rock band on earth’. No barriers here, all emotions are the same, the same intensity,” wrote the band on their website.

Watch a thousand musicians band plays Rage Against the Machine’s “Killing In The Name”:

“Killing in the Name” is a protest song by American rap metal band Rage Against the Machine, featured on their self-titled debut album, and was released as the lead single from the album in November 1992.

Written about revolution against institutional racism and police brutality, “Killing in the Name” is widely recognized as the band’s signature song, and has been noted for its distinctive guitar riffs and heavy use of profanity.