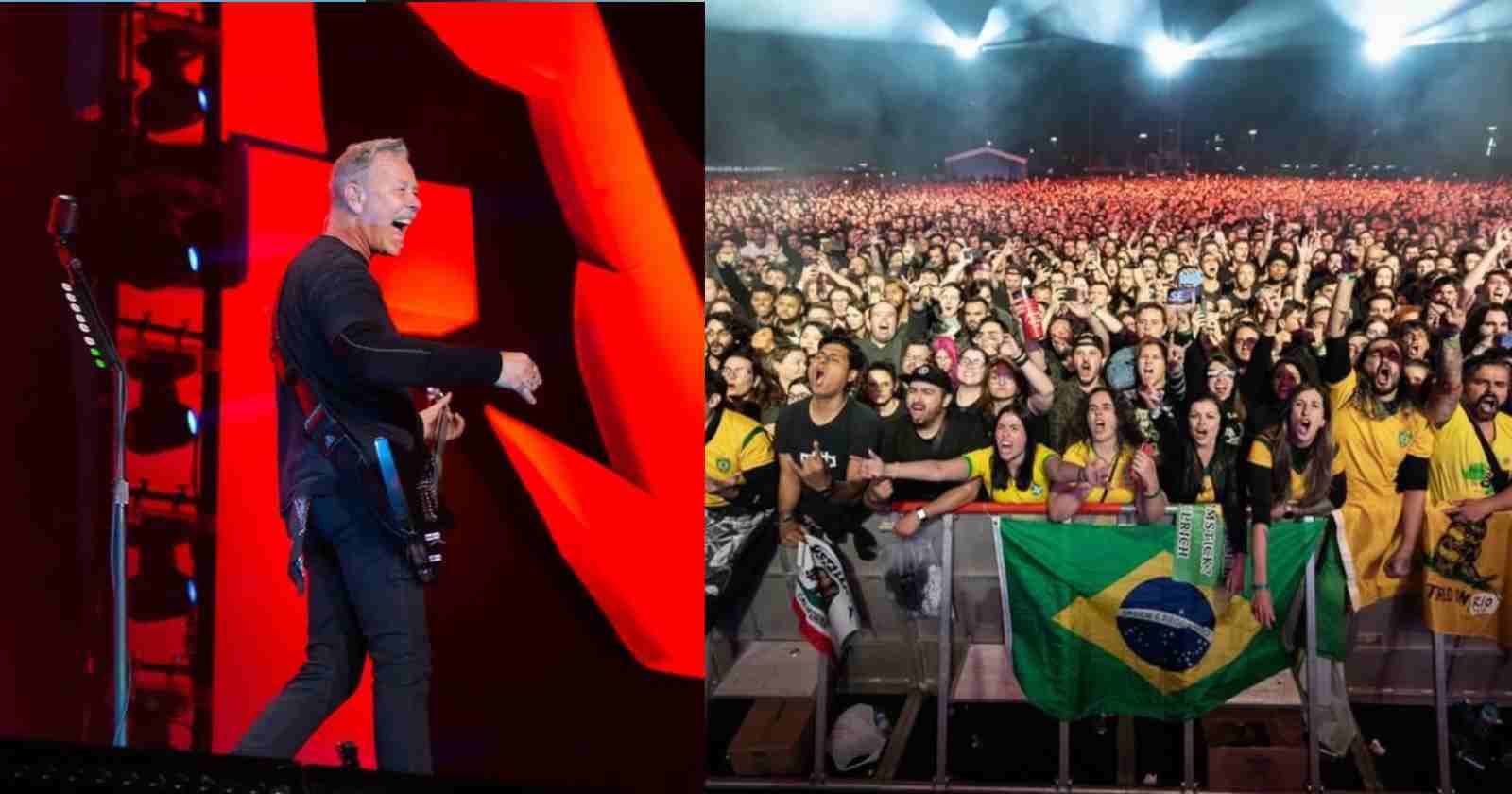 Metallica is currently touring in South America and at their show in Curitiba, Brazil a fan named Joice, that was pregnant had her baby in the middle of the band’s concert because there was no time left to rush her to the hospital. The concert happened on the Saturday night, May 7, one day before mother’s day is celebrated in the country.

The story was shared by Joice on her social networks and reposted by Metallica.

The mother that gave birth to her baby during the Metallica concert in Brazil talked about the experience, saying:

(Transcribed and translated by Rock and Roll Garage) “As I am receiving a lot of messages and I will not be able to answer all of them. I will summarize what happened. I went to the Metallica show and we stayed in the area reserved for people with disabilities. And I remained sit the whole time, without making any effort, I was feeling well. I tried to rest as much as I could to be able to go to this show.”

“In the opening bands, Ego Kill Talent and Greta Van Fleet, I was good. But when Metallica started, the contractions started. Everything very fast, when about 3 songs left, Jaime called the fireman, in the middle of the first aid post the water broke and when the doctor said they would take me to the ambulance, (to take me) the the hospital there was no more time.”

“He was born right there, in Couto Pereira to the sound of Metallica. Everyone was surprised at what was happening haha. 3 years ago I bought this ticket and I would never imagine a thing like that. Neither I or Jaime. The whole day was very crazy, I would have to write a book to report everything.”

“Finally, the name James Ulrich was just a joke. Luan Figueió (Is the real one). I’m feeling great phsycally and trying to understand how this happened. Thanks for everyone’s love and concern.”

In another post on her Instagram, Joice reported that she was with 39 weeks and he was born at the sound of “Enter Sandman”.

Metallica’s tour continues in Brazil with concerts in São Paulo (May 10) and Belo Horizonte (May 12). After those shows the band returns to the United States, playing in Napa, California (May 27) and Boston, Massachusetts (May 29). In June, July and August the band plays in Europe.