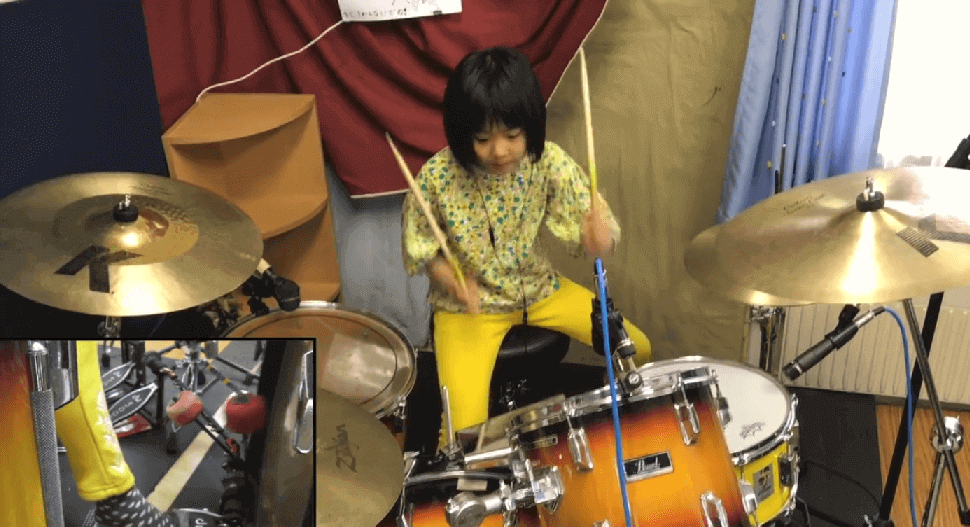 A few days ago, a video of an eight-year-old girl impressed the internet. Yoyoka Soma, inspired by legendary drummer John Bonham, recorded a video featuring Led Zeppelin’s “Good Times Bad Times” and left everyone amazed at his talent.

The recording took place as part of a contest for female drummers, Hit Like A Girl. “I want to be a drummer. I would like to thank the support I receive from my family and my fans, which makes me continue practicing. I want to show my growth as a drummer and win the competition, “she says.

Soma even says he started playing when he was only two years old when he found a battery at home. According to her, her parents write and play as a hobby but to support her dream, they formed a band called Kaneaiyoyoka. With her, they released two studio albums in which she plays drums, keyboard and lends her vocals. “I still write some letters,” she reveals.