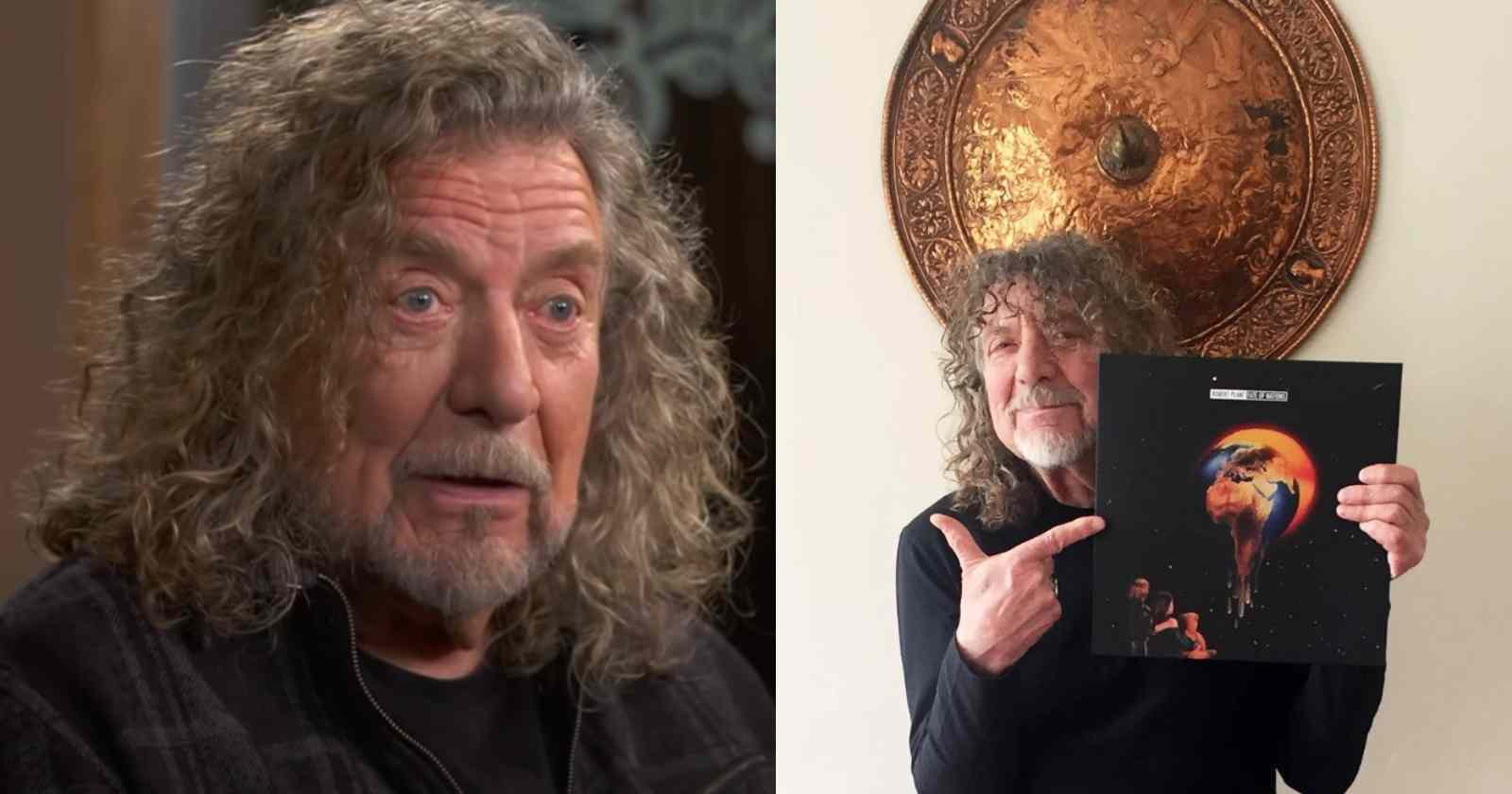 Led Zeppelin changed music in the late 60s and 70s with their heavy sound that was infuenced by many Blues and Rock and Roll artists from the previous decades. In an interview with Charlie Rose (Transcribed by Rock and Roll Garage) back in 2005, singer Robert Plant listed 7 songs that were some of his favorites of all time and explained the reason why they were so important to him.

7 songs that Robert Plant listed as some of his favorites of all time:

Led Zeppelin had an strange encounter with Elvis Presley in the 70s and his daughter Lisa Marie was a big fan as Plant recalled in an interview with Brazilian magazine Veja in 2020: “No, he didn’t ask for an autograph (Elvis). What happened was that I met his daughter several times. On one occasion, she wanted an autograph on her arm and then got a tattoo.”

“So I thought, “My God!” The ironic thing is that Lisa Marie is now a renowned artist. Would look pretty ridiculous if she had a Robert Plant tattoo on her arm. So no, I didn’t do the autograph on her arm.”

“It’s not really Rock and Roll, but it was the basis of so much beautiful and extravagant music. We hammed it up, trying to get as black as we could. As they say in England ‘the miss is as good as a mile’. But occasionally we got there, you know,” Robert Plant said.

Link Wray and The Wraymen “Rumble”

“It’s all American for me, ‘Rumble’ by Link Wray and The Wraymen, it was a big instrumental”, Robert Plant said.

This song was also listed as a Jimmy Page favorite when he talked (Transcribed by Rock and Roll Garage) about it on the 2007 documentary “It Might Get Loud“: ‘I’ve listened to everything with a guitar on when I was a kid, you know, that was being played and all those different approaches and the echoes. But the first time I heard the ‘Rumble’, that was something that had so much profound attitude to that, it really does,” Jimmy Page said.

“I think Dion who was from New York had some fantastic music. He had a song called ‘Lovers Who Wander’, which was on… whatever label it was.”

Dion was inducted into the Rock and Roll Hall of Fame in 1989 by Lou Reed, who said in his speech: “Unmistakably from New York, Bronx Soul”.

“If I got to the west coast, there were a lot of bands out there. I think Jefferson Airplane‘s ‘White Rabbit’ was really strong”. Charlie Rose then asked Plant if he ever met Gracie Slick, Jefferson Airplane’s singer and he said that he never had the chance to meet her.

Jefferson Airplane was inducted into the Rock and Roll Hall of Fame in 1996 by Mickey Hart and Phil Leash from the Grateful Dead.

Marty Balin left the band in 1971. After 1972, Jefferson Airplane effectively split into two groups. Kaukonen and Casady moved on full-time to their own band, Hot Tuna. Slick, Kantner, and the remaining members of Jefferson Airplane recruited new members and regrouped as Jefferson Starship in 1974, with Marty Balin eventually joining them.

Starship had a successful career especially in the 80s with hits like “Sara”, “We Built This City” and “Nothing’s Gonna Stop Us Now”.

Love “A House Is Not a Motel”

“There was a group from California, Los Angeles called Love, with Arthur Lee. He made us an album called ‘Forever Changes’ and there was a song called ‘A House Is Not a Motel'”, Robert Plant said.

Love was one of the first racially diverse American rock bands and their sound was characterized as garage rock, folk rock, and psychedelic. Also being linked with blues, jazz, flamenco, and orchestral pop.

Interviewer Charlie Rose tells Robert Plant that his selection was being so interesting and thought that he ever asked somebody else, like Rolling Stone magazine to list songs it would probably be a very different selection and Bob Dylan would probably be the first one on the list. Robert Plant agreed and listed a Bob Dylan song, saying: “Dylan’s gotta be ‘One More Cup of Coffee’, I think. I think is such a fantastic song.”

“How can I forget Dylan’s contribution when he was the guy who woke us all up. So there was a reactionary musical scene on the colleg circuits with Ramblin’ Jack Elliott, Woody Guthrie, Odetta, Dave Van Ronk, all those people who were around. But Dylan made it sexy and he also brought it home in such a vital way.”

“Can you imagine, there is a great thing on Broadway now ‘Hairspray’ and the thing is that the great end to that program is that after all the Rock and Roll and the Philadelphia sound with the Cameo-Parkway (Records), Bobby Rydell, all that stuff. So suddenly you cut to a room and there is a guy sitting there playing an acoustic guitar singing the first protest song. That’s the end of the show. Because it’s the end of the era of the schmooze and the schmaltz. It’s the beginning of that sort of reflective social conscience.”

“Dylan he sang some songs. So I don’t how he actually survived, the way that he sang about the lynchings in Oxford, Mississippi”. Charlie Rose then completes saying that Dylan was a “true poet” and Robert Plant replies, saying: “Yeah. He wouldn’t like anybody to say that, I know why not just because he’s been awkward”.