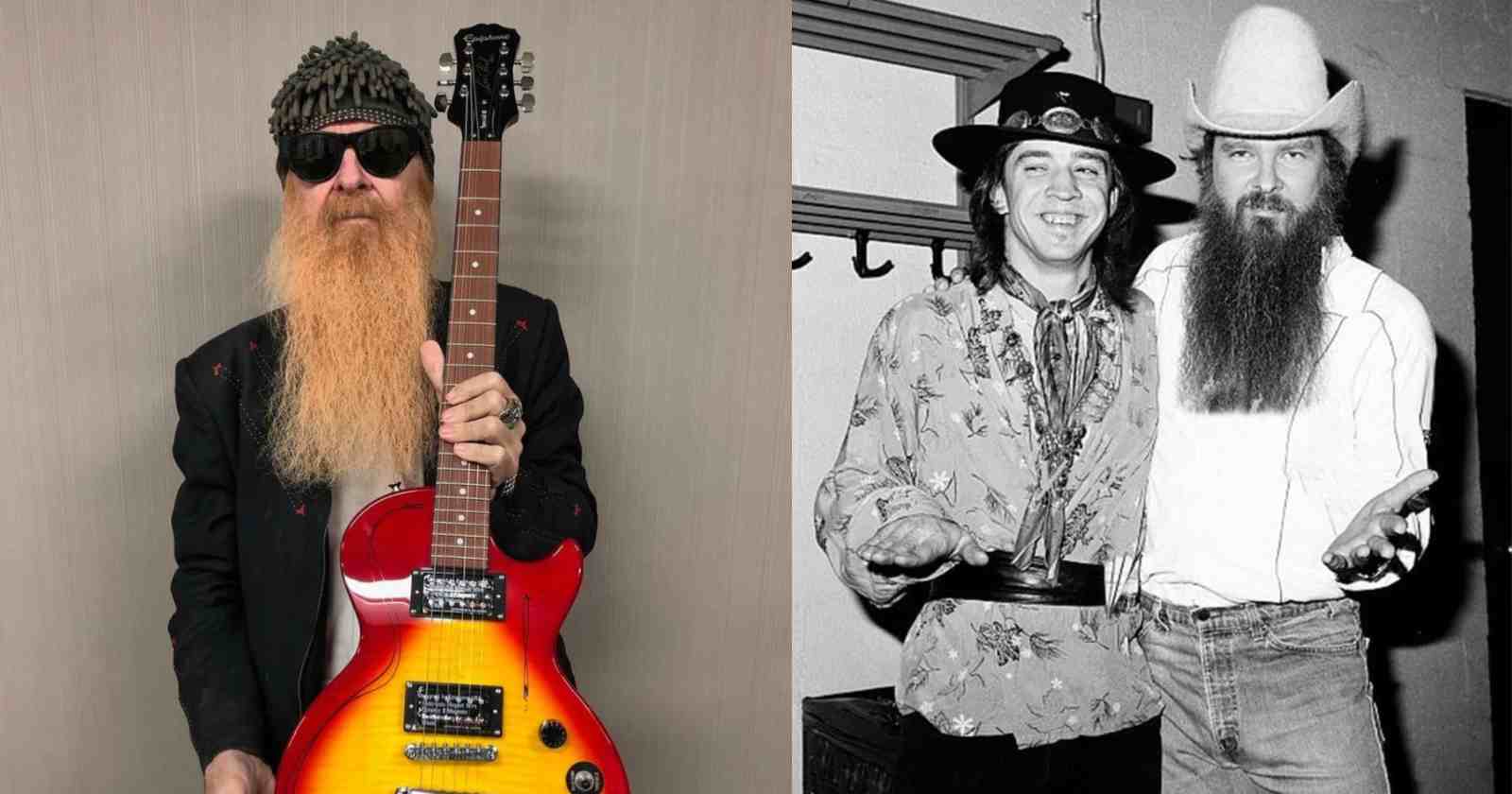 ZZ Top guitarist and singer Billy Gibbons is one of the most important Blues Rock musicians in history, who reinvented the genre alongside drummer Frank Beard and the late bassist Dusty Hill. In an interview with Sammy Hagar on the Red Rocker’s show “Rock & Roll Road Trip” back in 2017, Gibbons was asked by Hagar who were the best Blues artists of all time and he listed 7 that in his opinion are some of the best.

“Folks, if you tune in next week we still will be on this one (laughs). The list is somewhat predictable: Jimmy Reed, of course. For the guitar freaks out there, the kings: Freddie King, Albert King, BB King. Albert Collins is another Texas gunslinger and then of course you’ve got modern guys: Jimmie Vaughan (…) Stevie Ray Vaughan was just a tremendous interpreter at great art form. So I think we all owe a little bit of something to these guys that paved the way.”

In an interview with Rolling Stone back in 2015, Gibbons recalled that one of the first songs he learned to play on the guitar was from Jimmy Reed. It was Christmas day 1962 at the age of 13 and “the first guitar landed in my lap. It was a Gibson Melody Maker, single pickup. I took off to the bedroom and figured out the intro to ‘What’d I Say,’ by Ray Charles. Then I stumbled into a Jimmy Reed thing. He was the good-luck charm. I’d play Jimmy Reed going to sleep at night — and in the morning.”

Jimmy Reed was inducted by ZZ Top into the Rock and Roll Hall of Fame back in 1991, with Gibbons saying in the speech: “I can’t buy a car without first playing a Jimmy Reed tape before driving it”.

Back in 2012, ZZ Top inducted the legendary Blues musician Freddie King into the Rock and Roll Hall Of Fame back in 2012. During the speech, Billy Gibbons said: “Yeah, Freddie taught us what it was like to play as a group, Freddie could just give you that look, and you knew exactly where to take the music. He had a powerful, unique style of both singing and playing that earned him the nickname ‘Texas Cannonball.'”

Freddie died at the age of 42 back in December 28, 1976 due to ulcers and pancreatitis.

Back in 2013, talking with Goldmine Magazine about Albert King’s induction into the Rock and Roll Hall of Fame, Gibbons said that ZZ Top and Albert (Dead in 1992) were friends: “We socialized with Albert on a daily basis while residing in Memphis … BBQ at The Rendezvous, Cone O’ Cream at Tony Fortune’s Daiquiri Works on Beale Street, hanging out with his manager, Gary Belz, at Kiva Studios, bailing Albert outta jail for dice games. Man, it was a mighty gift to enjoy being befriended by Albert. He was definitely a king!”

“Showed up for a BFG (Billy F. Gibbons) birthday bash thrown by Christine Reid in the Peabody Suites, where we all took lodging; it was just a remarkable friendship. So I hitched many a ride in one of his new Suburbans, complete with a matched pair of locomotive air-horns mounted on the fenders. I wagered many a winning dollar with Albert holding court at the Southland Greyhound Racing Park across the new Mississippi River bridge. Albert preferred enjoying spooning ice cream while smoking his pipe. The tall tales abound when Albert was around.”

The late guitarist BB King gave one important advice to Billy Gibbons that changed his guitar playing, as the ZZ Top musician recalled in an interview with Sweetwater back in 2020, saying: “Early on, I’ve got the privilege of sharing a dressing room with BB King upon which he said, ‘Hey, do you mind if I have a few strums on your guitar?’ Well, at the time, I was thinking to get the big, bad, loud sounds from the blues guys. You had to have super heavy strings, and it just took one or two strums. So BB looked at me kind of quizzically and he said, ‘Why are you working so hard?’”

“‘Well,’ I said, ‘What exactly does that mean?’ He said, ‘Well, these strings are so heavy.’ I said, ‘Well, isn’t that what you need to get the big, bad sound?’ He said, ‘No, back in the day, when there was only one set of strings available, the Black Diamond, one gauge, we used to do a trick. We used to have to throw away the big E string, move everything down one. Then borrow a banjo string to make a light gauge set.’”

When talking with Guitar World in 2021 about the best concerts he ever been to, Gibbons listed that he had the opportunity to see many great Blues musicians, including Albert Collins: “Having grown up in Texas, I had the opportunity to see a plethora of truly fantastic, wholly original blues guitarists rom all over the state during my formative playing years. Freddie King was from up north in Dallas, Albert Collins was in Houston and Gatemouth Brown was from the Gulf Coast.”

“Each of them was mind-bending each time I could see them – and see them I did. Seeing those guys was great inspiration. Their playing styles were just as inspirational as anyone. They were so unique that every performance showed how it was possible to do your own thing.”

The older Vaughan brother Jimmie Vaughan is a good friend of Billy Gibbons. The two have played together annually in the supergroup “The Jungle Show” in Texas alongside Mike Flanigin, Sue Foley, and Chris Layton.

In an interview with Goldmine magazine back in 2020, Jimmie Vaughan recalled that he knows Gibbons since he was young: “I’ve known Billy since I was fourteen. Billy and I are also part of an entourage called The Jungle Show. We just did a pair of concerts last month here in Austin and have been doing it for the last couple years. We do some ZZ Top songs, some of my songs, and more.”

The late younger Vaughan brother, Stevie Ray Vaughan, tragically died at the age of 35 back in 1990 in a helicopter crash. The musician was ZZ Top’s opening act when he was still a member of the group The Nightcrawlers in the early 70s. Over the years, Gibbons gave many guitars to Vaughan, like a 50s-style maple neck Stratocaster, that according to SRV Archive, he “kept the tremolo arm, pickups and frets in their original condition. But added his signature and initials on the neck plate and pickguard.”