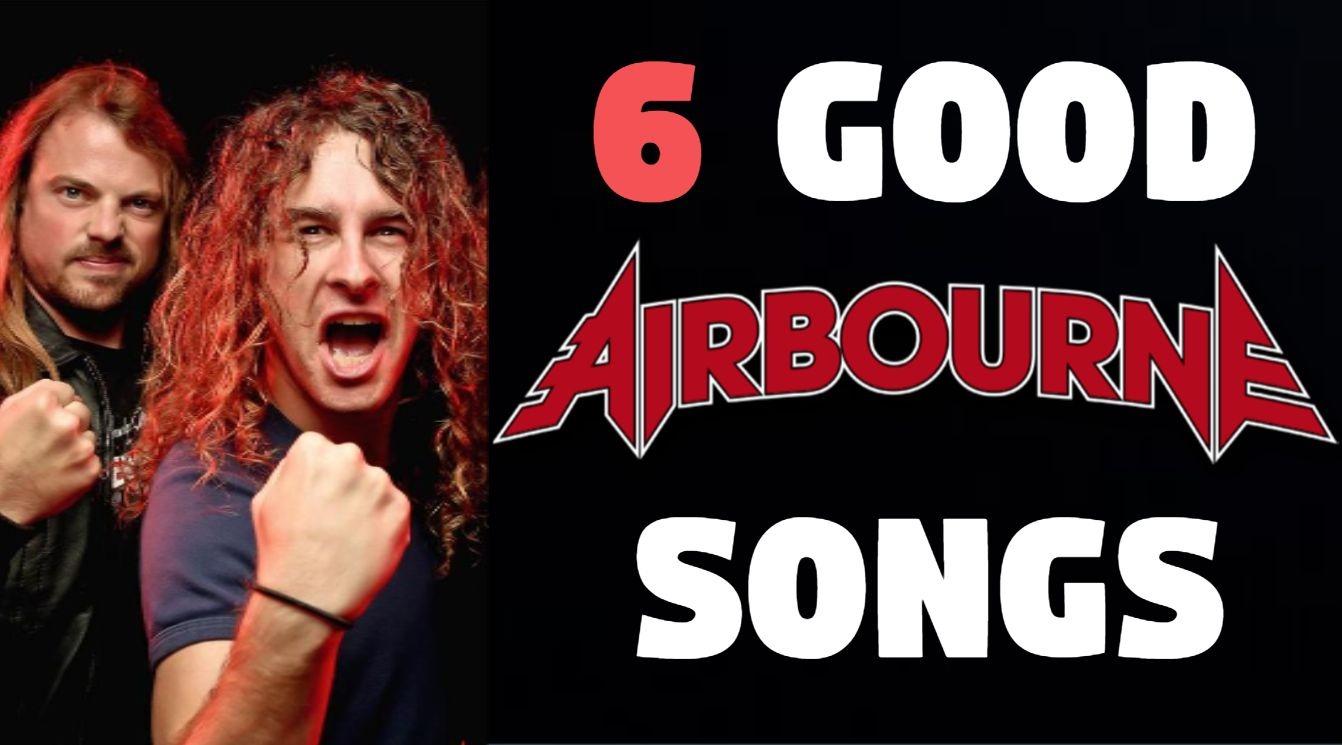 There is no argue that the australians from Airbourne are definitely a new version of AC/DC. Their sound is very similar to Angus Young and Malcolm Young band and they are around since 2003 and the band is also formed by two brothers Joel O’Keeffe (vocals/guitar) and Ryan O’Keeffe (drums).

So, we separated 5 good songs from Airbourne for you to listen if you don’t know the band yet.

“Runnin’ Wild” is the 1st single from the album Runnin’ Wild by Airbourne.

The music video for this song shows Airbourne in the back of a truck playing while being chased by police. It also features a guest appearance by Lemmy Kilmister of Motörhead as the driver of the truck, eventually locking the pursuing policemen inside the truck (whilst wearing a Motörhead jacket) after it has stopped and the band has left it.

Too Much, Too Young, Too Fast

“Too Much, Too Young, Too Fast” is the 2nd single from Runnin’ Wild by Airbourne. It is one of the band’s most famous songs.

The lyrics focus on the singer’s dissatisfaction with the state of modern society. The song likens bankers to “street gangs and mad men” and their business manoeuvres to “private wars”, and continues by criticising “the eye in the sky” (personal surveillance), specifically facial recognition, and the paranoia that this then causes. In the chorus, the singer affirms that “if it’s the end of days, I’m going out in style”, reflecting his desire to seize the day.

Black Dog Barking is Airbourne’s first full-length album not to feature the band on the cover art. The artwork was once again created by Australian artists The Sharp Brothers, who also did the cover artwork for No Guts. No Glory. According to David Roads, the idea behind the album title was, to use the Black Dog as a metaphor for the band’s ability to break the rules, especially not to care for db limits. At the end of 2013 Airbourne toured Europe, supported – amongst others – by the Swedish band Corroded.

‘“Blonde, Bad and Beautiful” is from the album No Guts. No Glory, their second studio album and the follow-up to their 2007 debut Runnin’ Wild. The album was released on 8 March 2010, in Europe, Canada, Japan and Australia and on 20 April 2010 in the US.

No Way But The Hard Way

“No Way But The Hard Way” is the 1st single from No Guts. No Glory. by Airbourne.

The music video of the song features scenes of the band in the Dinosaur Records building in Los Angeles, smashing and destroying the furniture and playing on the roof. The music video was directed by Sum 41 drummer Steve Jocz.

Breakin’ Outta Hell is the fourth studio album from Airbourne. Released on 23 September 2016, the work was published via Spinefarm.

Breakin’ Outta Hell received positive reviews from critics. On Metacritic, the album holds a score of 80/100 based on 4 reviews, indicating “generally favorable reviews”.