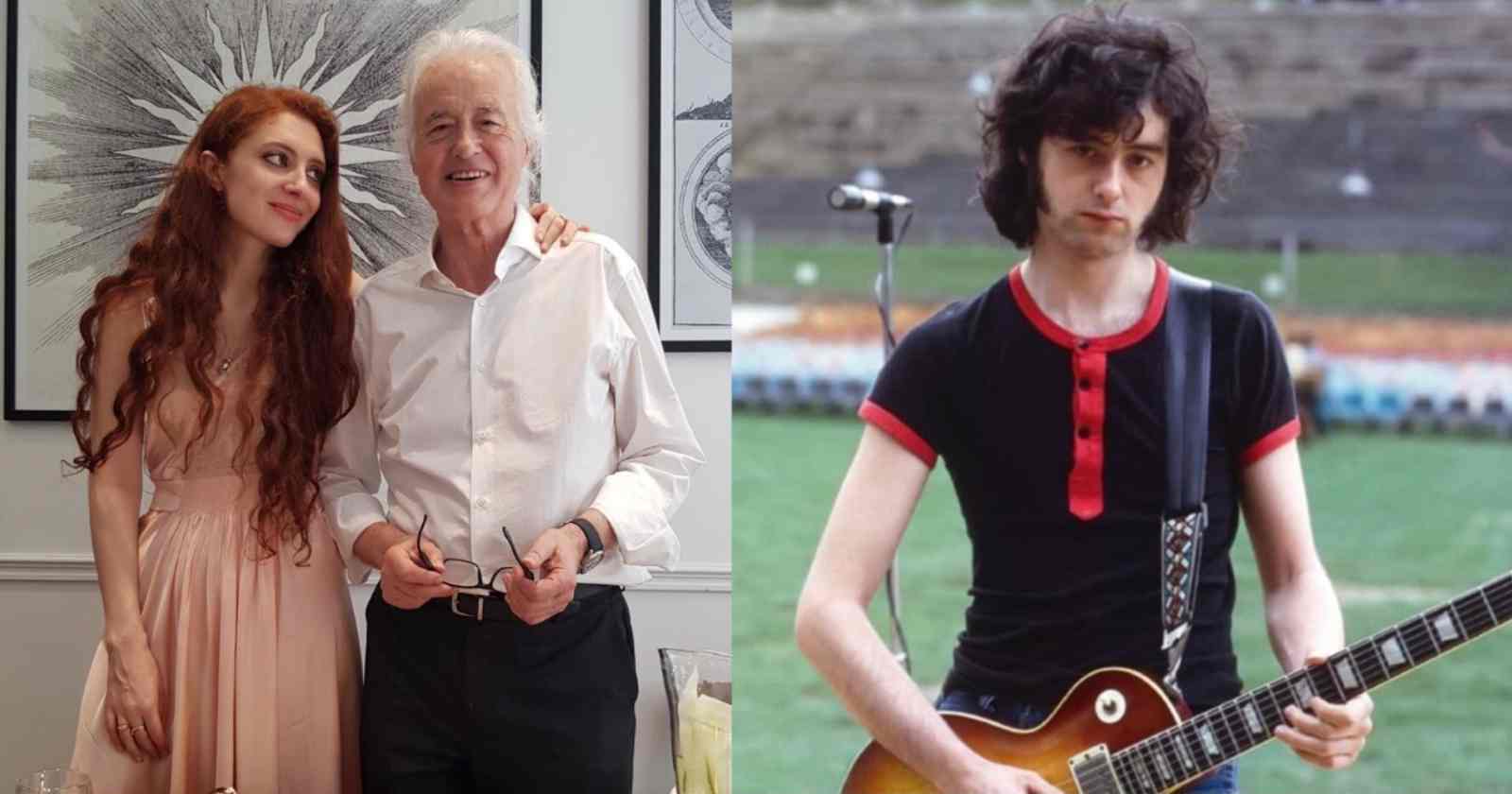 Images from @paul_reeves_london and Robert Plant

Before forming Led Zeppelin in 1968, the guitarist Jimmy Page was a successful studio musician playing in many famous British songs of the 60s and then with The Yardbirds. His praised creativity and technique was inspired by many Rock and Roll and Blues guitar players like he revealed in an interview with Barbara Bogaev back in 2017.

After citing his influences, Page said (Transcribed by Rock and Roll Garage): “It was almost like doing a university course. So you were just learning and learning and learning, at the end you came up with your paper. So I guess my paper was Led Zeppelin”.  To show more about the connection of the Zeppelin founder with those artists, Rock and Roll Garage selected what the musician said in interviews over the decades about these inspirations and his connection with them.

Born in Tupelo, Mississippi in 1935, Elvis Presley was one of the most important Rock musicians of all time that is still recalled as the King of Rock and Roll. In a post 0n his Instagram in 2019, guitarist Jimmy Page recalled that he played in 1998 in Tupelo: “In 1998, I played at Tupelo, where Elvis was born and raised, when there were no local attractions apart from the cotton fields or getting to Memphis.”

“When Elvis grew up it must have been pretty bleak but the white and black picked the cotton side by side and the local indigenous music provided the soundtrack to this tough environment. So it took the visionary genius of Elvis to blend those musical sources and change the world.,” Jimmy Page said.

Presley is recalled as one of the most important cultural icons of the 20th century. The singer inspired a whole generation of musicians that would become successful in the following decades.

Johnny Burnette and The Rock and Roll Trio

Born in Memphis, Tennesse in 1934, the American musician Johnny Burnette was a Rockabilly pioneer and some of his most famous songs are “Rock Billy Boogie” and “Honey Hush”.

In an interview with Rolling Stone in 2020, Jimmy Page talked about how music was good back then and listed Johnny Burnette: “You were fueled to do the best you could, and it’s quite right. I mean, one of the records that stopped you in your tracks was [1956’s] Johnny Burnette and the Rock n’ Roll Trio.”

“The musical glue of that record is just absolutely phenomenal. Also the guitar playing was so abstract to anything else that I’d ever heard.”

In an interview with Rolling Stone in 2020, Jimmy Page once again recalled how committed he and his friend Jeff Beck were to learn to play the guitar when they were teenagers and named Gene Vincent as an inspiration: “The very first time I met Jeff, I said, “What’s your version of [Little Walter’s] ‘My Babe’?” to see how he played it. And I said, “Yeah, well, I’ve been doing it like this.” He just had an instant rapport with me.”

“He had a homemade guitar at the time, and I’m sure he’d be very proud to say that. We were just two kids. We’d heard rock & roll. We’d heard these guitarists, and there was no turning back. Even at that age, in our teens, that’s it. We’re committed.”

“As each release came, with the Gene Vincent stuff, it was really challenging to even attempt to play it. But once you had a solid-body guitar, as opposed to a cello body, it became more doable. Nevertheless, you were fueled to do the best you could, and it’s quite right.

Vincent died at the age of 36 on October 12, 1971, from a combination of a ruptured ulcer, internal haemorrhage and heart failure, while visiting his father in Saugus, California. He was inducted into the Rock and Roll Hall of Fame in 1998 by Creedence Clearwater Revival guitarist and vocalist John Fogerty.

One of the most important Blues musicians of all time, Muddy Waters died too soon at the age of 70 back in 1983. Among Muddy’s most famous songs are “Mannish Boy”, “I’m Your Hoochie Coochie Man”, “Rollin’ Stone” and “Got My Mojo Working”. He was inducted into the Rock and Roll Hall of Fame back in 1987 by Paul Butterfield.

In an interview with Reuters, Jimmy Page named Waters as influence and talked about the Blues, saying: “As far as the blues, it just captured them hearing Chicago blues. When the Stones first started they were doing really good interpretations of Muddy Waters songs and all that Chess catalog.”

“They weren’t the only ones of course. Down in the south (London), that’s what was going on.”

Born in Richland, Holmes County, Mississippi back in 1918, Elmore James was a Blues singer and guitarist that was known as “King of the Slide Guitar”. Elmore also was praised for his use of loud amplification and his stirring voice. He was inducted into the Rock and Roll Hall of Fame back in 1992 by  Robbie Robertson (The Band).

Some of his most famous songs are “The Sky Is Crying”, “Dust My Broom” and “Shake Your Money Maker”.

Jimmy Page recalled in an interview with Rolling Stone in 2012 that he was once struggling to learn Elmore James’ songs and he suddenly learned the “secret” watching The Rolling Stones guitarist Brian Jones play: “I didn’t know Mick and Keith as well as I knew Jeff. But I’d seen Brian at the Ealing Jazz Club. I saw him play bottleneck guitar. So I was struggling with the Elmore James stuff. Suddenly, it clicked. It was in the tuning. He was doing it.”

Rober Johnson’s work inspired many Led Zeppelin songs and the group even recorded a cover for “Travelling Riverside Blues”. During their partnership in the 90s, Robert Plant and Jimmy Page performed the classic Johnson song “Crossroads” live.

He died at the age of 27 back in 1938 of unknown causes in Mississippi, same state he was born. His death cause is widely disputed by music historians. Some claim that he was poisoned by a jealous husband and others say that he had congenital syphilis, what may have contributed to his death. But Johnson’s poorly officially documented life and death fueled the myths surrounding his persona.