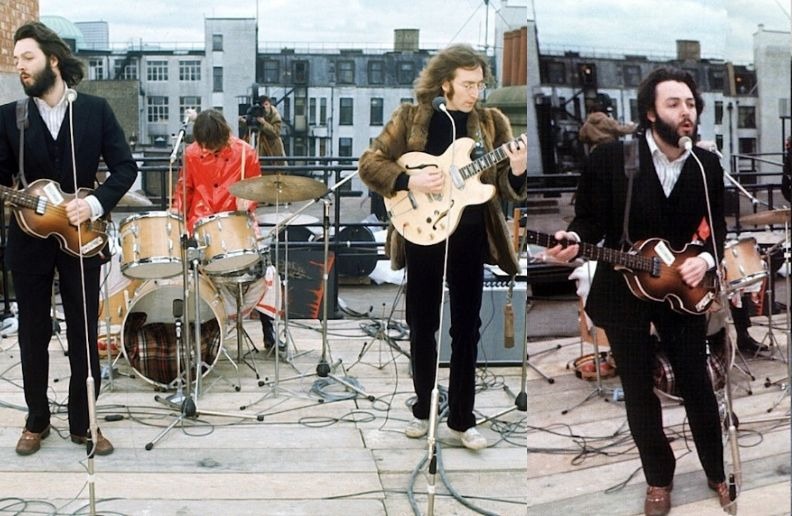 January 30, 1969. This date is definitely one of the most important in the prolific (and short) career of the British band The Beatles.

It was exactly 50 years ago that the quartet formed by John Lennon, Paul McCartney, George Harrison and Ringo Starr climbed to the top of the building where was the Apple Corps company, which was, among other things, also a record company.

On that day the Beatles invited keyboardist Billy Preston and, completely by surprise, played five songs more than once, apparently as a last attempt to enjoy the live performances to return to the stage, as the band took their last steps and less and less members seemed willing to continue to perform, even if they were to record Abbey Road later.

No one knows for sure where the idea for the show on the roof of Apple came from. There are people who say it was John Lennon, Ringo Starr already gave statements implying that it was collective and even sound engineer Glyn Johns said that the initiative came from him.

Anyway, the result went very well and the Beatles not only took everyone who passed by the street by surprise but also surprised their fans around the globe, since suddenly there was unprecedented live material in audio and video in a way that no one had done it before.

It is obvious that a performance from one of the biggest bands on the planet would draw attention, and even if a confusion itself was not happening on the streets, the London Police understood that the traffic was being hampered and the noise was very loud.

As such, they entered the Apple building and even threatened to arrest those employees who did not release access at first.

When the police arrived on the roof, the Beatles played for a few more minutes and eventually realized that it was time to end. In the end, John Lennon spoke into the microphone:

I would like to thank on behalf of the group and all of us and I hope you have passed the audition.