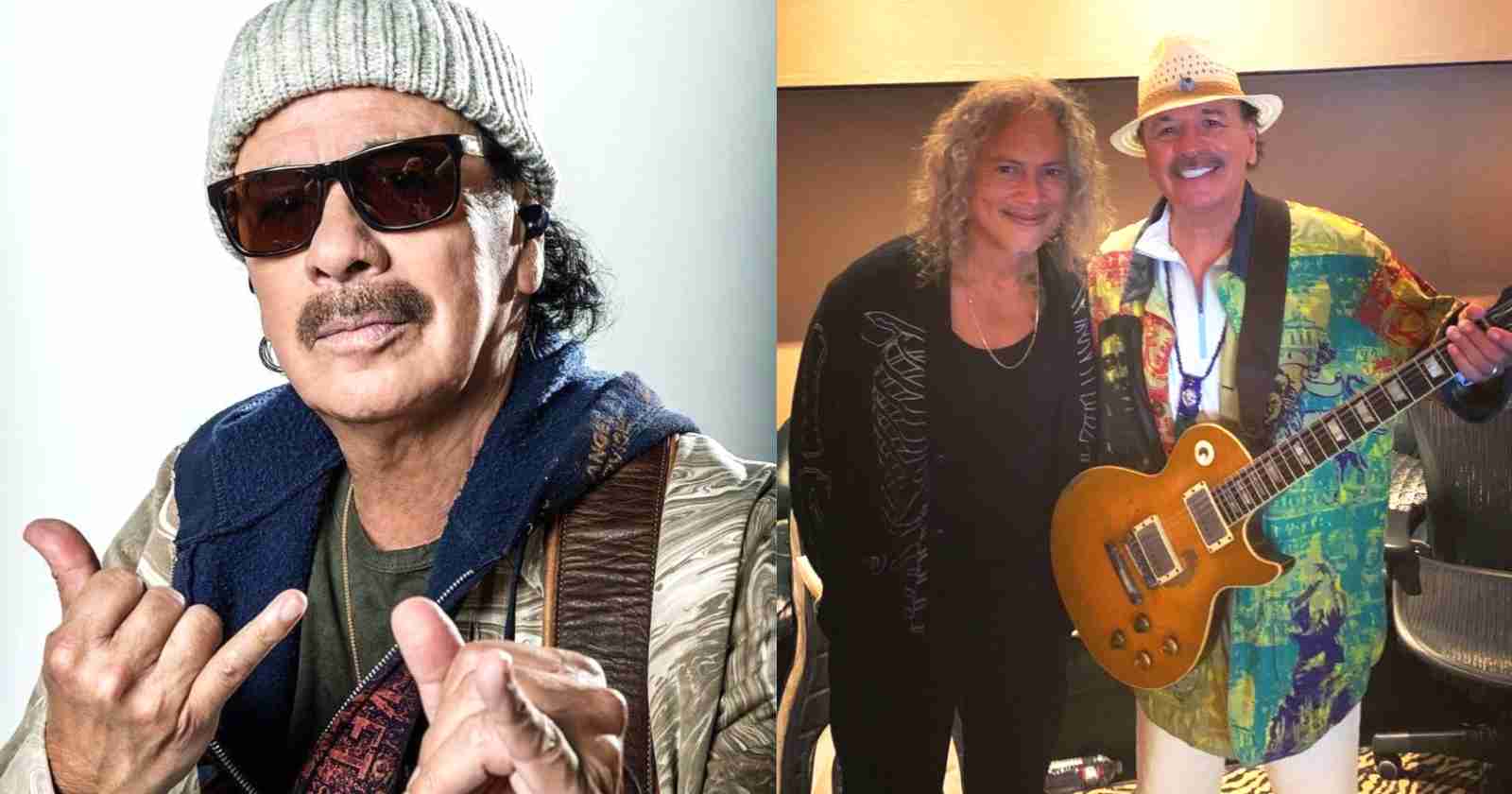 The legendary Mexican guitarist Carlos Santana is one of the most respected guitarists of all time and became successful for combining Rock and Roll and Latin rhythms, what produced an unique sound. But he also likes Hard Rock and Heavy Metal music as he revealed in an interview with Guitar World that he would like to make a Heavy Metal album in the future, when talking about other musical directions he could go and revealed some of his favorite heavier bands.

“I would love to do an album that’s just heavy metal. Because I love AC/DC, Metallica, Led Zeppelin, Cream, Jimi Hendrix. The original Fleetwood Mac, with The Green Manalishi and Oh Well – that was heavy metal before heavy metal,” Santana told Guitar World.

Carlos Santana not only likes to listen to AC/DC but he already covered the band’s classic song “Back In Black” on his 2010 album “Guitar Heaven: The Greatest Guitar Classics of All Time”

In an interview with Music Radar in 2012, he explained why he chose the song, saying: “I’m a big fan. The grooves that they put down are phenomenal. You know, a lot of what they do comes from Chuck Berry. He almost dances like Chuck Berry! [laughs] But his brother is the one, the rhythm guitarist, he’s holding the whole thing together. To me, the rhythm guitar is the real muscle of any band.”

“Don’t get me wrong, I love playing lead, but rhythm is so important – it’s the backbone. To be a really good guitarist, you have to know when to play lead and when to stick to rhythm.”

Metallica guitarist Kirk Hammet played on Santana’s latest album “Blessings and Miracles” in the song “America For Sale”. The Mexican guitarist was asked in an interview with Guitar World  in 2021 if he liked Metallica, since he invited the band’s guitarist Kirk Hammett to play with him in his previous album “Shaman” and now in “Blessings and Miracles” and Santana praised the Thrash Metal band, saying: “Kirk Hammett and I are brothers, we go back. Who isn’t a Metallica fan, you know? I love Metallica, I love AC/DC, Led Zeppelin. And Peter Green when he did [the songs], The Green Manalishi, and Oh Well, and all that, that’s the first heavy metal, you know?”

“Peter Green before Led Zeppelin and then later on, of course, AC/DC. What I like about that energy is that it’s very, very raw and very vibrant. There’s a reason why Metallica is the premiere number one band in the world.”

In a conversation with ExploreMusic in 2010, the guitarist talked about the song saying: “(It) has a hard edge, like hip-hip from the ghetto” and praised Cornell: (He) nailed like a surfer (who) rides the wave of the band.”

First planed to be called The New Yardbirds, after The Yardbirds came to an end and guitarist Jimmy Page wanted to form a new band, Led Zeppelin was born in London in 1968. The chemestry between Page, singer Robert Plant, drummer John Bonham and bassist/keyboardist John Paul Jones made the group become one of the best-selling bands of all time that made Rock and Roll sound heavier than it ever was.

Santana and guitarist Eric Clapton are friends and played together on stage multiple times over the decades. In 2021, he even revealed that he invited Clapton and guitarist Derek Trucks for his new project that would be a kind of a “Western Spaghetti soundtrack”.

Considered to be the first supergroup in history, Cream was formed in London back in 1966 by bassist and singer Jack Bruce, guitarist and singer Eric Clapton and drummer Ginger Baker.

Even though they had a short career and released only 4 studio albums the group remains as one of the most influential bands of all time.

Carlos Santana was lucky enough to meet Jimi Hendrix before his death and as almost all Rock and Roll guitarists, was influenced by Jimi Hendrix as he revealed in an interview with with RPC (Transcribed by Rock and Roll Garage), saying: “(He was) the Leonardo Da Vinci of the guitar or the Einstein of the electric guitar. He gave a dimension, if you remember the first time you saw surround around movies, the 50s and the 40s was just black and white, 18 mm and the sound because of the feedback became surround around beyond cinemascope.”

“His imagination was like Beethoven, he heard music over here (Points to the sky) and the brought it over here and with electric guitar is amazing that he could create sounds like Vietnam machine guns and bombs going up. The national anthem, I don’t like national anthems too much but I like the way Marvin Gaye and Jimi Hendrix played the national anthem more than anybody.”