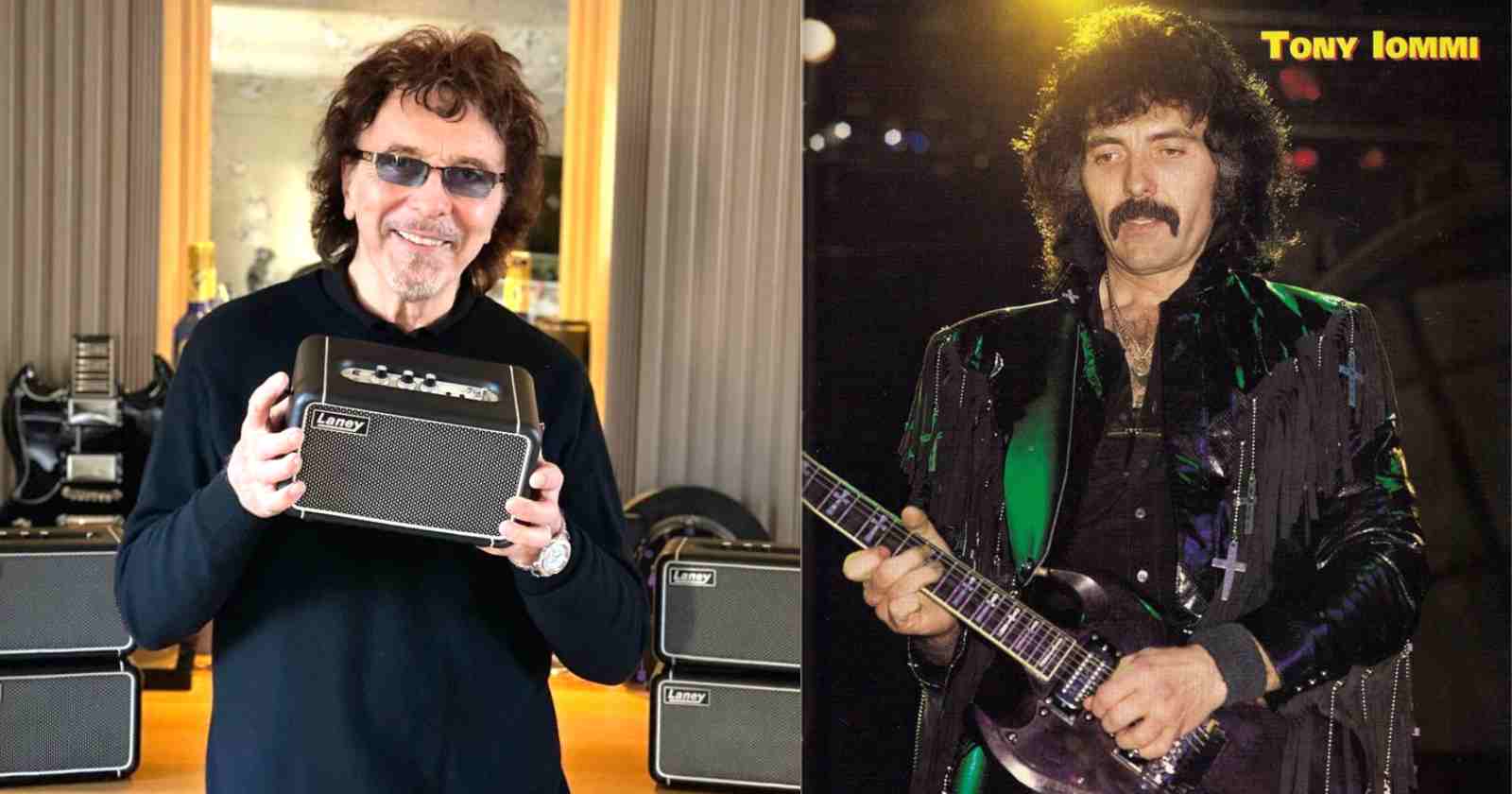 Responsible for the birth of Heavy Metal music with Black Sabbath, guitarist Tony Iommi, known for his incredible ability to create amazing guitar riffs, still inspires guitar players worldwide. Alongside Ozzy Osbourne, Bill Ward and Geezer Butler, Iommi created a new Rock and Roll genre and changed music forever. But before developing his unique style and sound, he was inspired by many guitarists from different music genres. Rock and Roll Garage selected 5 musicians that Tony Iommi listed in interviews as influences.

In an interview with The Herald in 2018, Tony Iommi was asked who were the guitarists that he was trying to emulate in the early days of Black Sabbath and he answered: “There was Zeppelin and Cream. I liked (Eric) Clapton and we done a few gigs in the early days with John Mayall, who I really liked. I liked blues played on a more modern sounding guitar, which was Clapton of course. That was sort of the way we went, only coming up with more doomy stuff.”

In 2020 Iommi told Guitarist Magazine that at first he didn’t liked Clapton in Cream but then he got used to the sound: “I liked Clapton. I liked John Mayall. That line-up was really appealing. When he went with Cream I wasn’t so enthusiastic. But then I got used to Cream. I loved his style and his sound.”

In an conversation with Guitar World back in 2010, Tony Iommi and the late Eddie Van Halen had a conversation together and talked about their influences. Both of them listed Eric Clapton as an influence and Iommi explained once again that he liked the work that Clapton did with John Mayall.

John Mayall, who recently announced his retirement from touring, had on his band an incredible amount of musicians that left his group and pursued successful and praised careers on other bands or solo.

The Belgian guitarist Django Reinhardt was Iommi’s main inspiration to recover his will to be a guitar player after the tragic accident on his last day of work in a sheet metal factory that made him lose the tips of the middle and ring fingers of his right hand.

As Iommi recalled in his autobiography “Iron Man: My Journey Through Heaven and Hell With Black Sabbath” (2011), he only didn’t gave up playing guitar because his old boss gave him a record of Django Reinhardt, who didn’t used the fourth finger (ring finger) and fifth finger (little) to play after they were badly burned in an accident.

This accident made Iommi create homemade thimbles to his injured fingers to extend and protect them. He also changed the guitar tuning so that he could easily play. That combination made his sound heavier and darker, and Black Sabbath went on the create the Heavy Metal genre.

In an interview with Steve Newton back in 1984, Iommi talked about the artist, saying: “Django Reinhardt’s playing. I particularly related to him because he did the same thing, he only had two fingers. And that’s really what got me cracking on pushing myself to play.”

The Shadows guitarist Hank Marvin was Iommi’s biggest inspiration when learning to play the guitar as he recalled in interviews over the decades. In a conversation with Gibson TV in 2020 (Transcribed by Rock and Roll Garage) the Black Sabbath guitarist said that after Chuck Berry and Buddy Holly, he got interested in the instrumental music of The Shadows: “They were probably the biggest instrumental band in England at the time.”

“Cliff Richard was the singer and they used to back him. But they also did instrumentals, which for me was great because I could try and learn the instrumentals. It was something to learn. So I used to listen to the radio, and they did the top 20 countdown. (I would) wait until they come on and tape them. Then (I would) try to learn to play.”

When Iommi was on BBC Radio WM show “The Other Side Of…” in 2018 (Transcribed by Rock and Roll Garage), he listed the famous Shadows song “Apache” as one of his favorites and explained his choice, saying: “The Shadows were a huge influence on me and not only me. A lot of my friends, Brian May, David Gilmour, people like that, all took to The Shadows. I really loved what they do. I love the sound. It was classy and of course, in them days there weren’t many instrumental bands. Nobody sounded like that. It just appealed to me. I could learn how to play or try to learn to play the tunes.”

Iommi paid tribute to the group playing the song “Wonderful Land” being part of the 1996 album “Twang! A Tribute To Hank Marvin & The Shadows”. Other famous guitarists who were also influenced by the group like Ritchie Blackmore, Brian May, Mark Knopfler, Steve Stevens, Peter Frampton, Randy Bachman, Neil Young, Peter Green and Andy Summers also played on the record.

One of the first real Rock and Roll guitarists, Chuck Berry inspired countless famous musicians that appeared in the the late 60s and 70s, including Tony Iommi. In an interview with Liz Barnes in 2021 (Transcribed by Rock and Roll Garage) Iommi said that Chuck Berry was an influence in the early days: “I really wanted to be a drummer, initially. But of course, the house I lived in was very tiny. There was no way my parents would buy me a kit of drums. I would have nowhere to put them for a start. I sort of took to the guitar and I really enjoyed the thought of having a guitar. So I could just sit in the bedroom, practice and play. I sort of got into Rock and Roll listening to Chuck Berry and all the old rockers.”

The musician once again mentioned Berry in a conversation at the Kokkolan Kipinä in Finland in 2019 (Transcribed by Rock and Roll Garage), when asked who were the bands that inspired him to pick up a guitar: “I liked The Shadows. They started me on playing the guitar, because they were an instrumental band. I could actually sit in my room a learn to play the instrumentals so they were the first ones. Then the old Rock and Roll stuff, Chuck Berry and some of the Blues artists,” Tony Iommi said.

Chuck Berry was inducted into the Rock and Roll Hall Of Fame in 1986 by Keith Richards, who said in his speech: “I lifted every lick he ever had played”. Richards also helped to make a documentary about Berry’s life and career called “Chuck Berry: Hail! Hail! Rock ‘n’ Roll”, released in 1987.