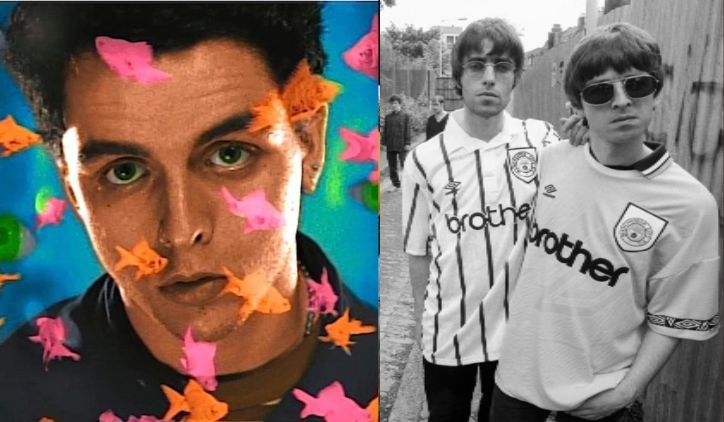 In 1994, we saw the explosion of bands like Green Day, Offspring, Oasis and Blur. The grunge movement was starting to lose momentum after facts like the death of Kurt Cobain, who left the world in shock.

The Britpop and Punk Rock were alternatives followed by the music market, revealing names that are in the active until the present day.

The discs were still coming out of the shelves, not in streaming platforms, but in MTV, that was still one of the most important sources of our music consumption and several clips were highlighted.

And here is a list of 5 famous videos that marked us 25 years ago:

The American trio achieved immense popularity with the release of III Comunication, which featured the mega hit “Sabotage”.

The weight of punk allied to rap bases, hip hop improvisation, classic police movie references and shouted lyrics made the clip a fever on MTV.

The britpop was in some resting place until the brothers Liam and Noel appeared, kicked the door and were proclaimed the salvation of Rock and Roll.

Giant hits, from garages to crowded stadiums, magazine covers and gossip tabloids. Oasis arrived with Definitely Maybe, bringing in several of the audience’s favorite ingredients, as well as the unquestionable quality of many songs and controversy personalities that marked a generation.

Soundgarden’s “Superunknown” album arrived with a clip full of strange characters and one of the most striking refrains of the grunge movement.

Unfortunately, in 2017, “Black Hole Sun” was again sung in chorus in a sad way, with the passing of Chris Cornell, making even greater one of the most beautiful songs of the 90’s.

Offspring “Come Out And Play”

Offspring started its activities in the 80’s and after a few years in the underground, reached success with their its third work, Smash, released by the classic Epitaph Records.

The phenomenon exploded and the album, at the time, became the best selling by an independent label.

The music market was looking for other genres and punk rock was the chosen one, aided by the flood of bands that started the activities in that period.

“Come Out And Play” was an instant success on the radio and MTV, putting Offspring as one of the greats of the year.

Another group of punk rock emerged as a phenomenon, releasing the third album and achieving a resounding success.

Billie Joe sang a lot of what her generation lived and in “Basket Case” she talked openly about the problems of anxiety, phobias and paranoias. An instant success.