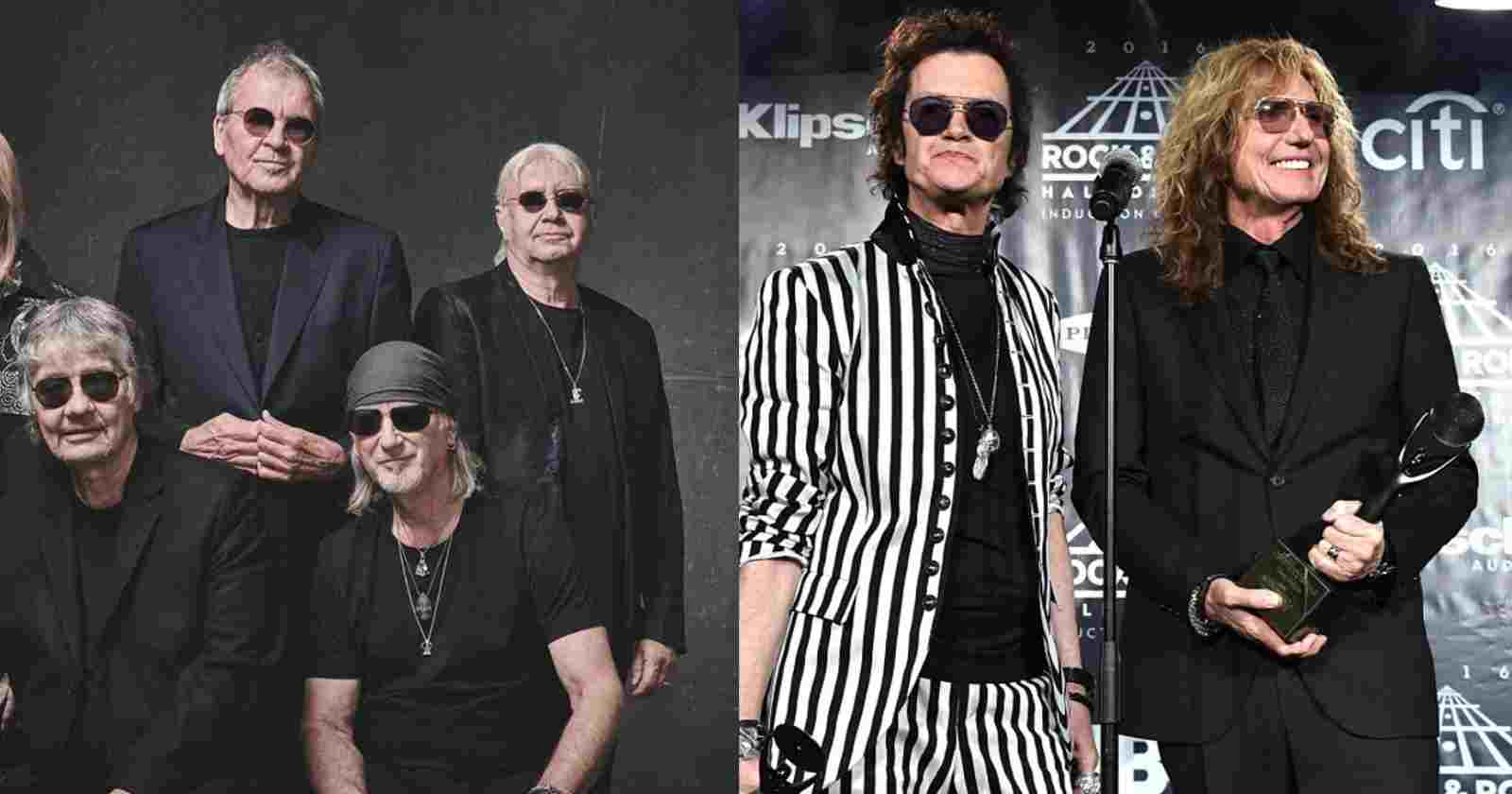 Deep Purple is considered one of the biggest and most influential Hard Rock bands of all time that still has millions of fans around the world. The show “My Purple Rocks” compiled interviews from members and ex-members of the band  choosing their favorite Deep Purple songs and explaining the reason why.

Five Deep Purple members and their favorite songs of the band

“I think, not to sound smart, but i think we’ve had the best of it (Musical talent), certainly feels like we did anyway. There was no book i could read on how i supposed to make the Hammond organ compete with Ritchie Blackmore. So just made it up as we went along.”

“Hard Loving Man” i really like it. Because, it was what I did on stage at the time. So i’ve got furious and happy in the same moment, which is quite an astonishing combination. So i was trashing the Hammond organ on the studio with the reverb unit and it just seemed like a good idea at the time.”

“Really is for what Jon (Lord) does it. The way that Jon and Ritchie play together on this track, he is something else.”

David Coverdale chose “Burn” while explaining the recording of the album, saying: “So Jon came down and we went out to the pub and had a bunch of scrumpy. We came back and he went into the crypt and I followed him and he just started to play and i started to sing him him. He was a beautifuly sensitive musician. (Deep Purple had) beautifuly sensitive musicians. The common denominator was that love for rock. But Jon as an instrumentalist was marvelous with inversions. It wasn’t just playing a G chord, it was the way he played the notes that he selected in the sensitivy that he and Ritchie performed.”

“I was singing “In My Life” by The Beatles and then we would move on to something else and as i was doing this, all the butterflies were flying out and Ritchie came in, and things just built from there. Then Ritchie and I pretty much wrote that tune. Glenn Hughes wrote the vocal on the bridge sequence and Jon put it that lovely Bach piece

Glenn Hughes (Bass and Vocals) “You Keep On Moving”

“I think for me the one song… Well, they’re all standout songs, but i think “You Keep On Moving” is the first I wrote with David (Coverdale) and by the way this is kind of wacky. “You Keep On Moving” was written for “Burn”, okay. Now, check this out: it didn’t make it onto “Burn” or “Stormbringer”. But when one guy left it made it on to “Come Taste the Band”.”

“I’m not saying Ritchie didn’t like the song, but it didn’t make it onto the first two albums with Ritchie. So when Tommy (Bolin) came in and I played him that song and he played that echoplex thing, the reggae thing on the guitar. It sounded like he meant it and it sounded appropriate “You Keep On Moving” was supposed to be for Mark IV.”

“You know, you can’t really force something onto someone. I didn’t force Ritchie to like it, but we’ve loved with Tommy. So when I sing that song it’s so simple and people understand it. So when I sing it and remember now, i’m not that phones my vocals in, it’s genuine love and respect for the song I wrote with David. ”

“Well, we got lots of irate fans phone calls from people who thought “Bananas” (Album) was just a cheap shot at saying ‘We’re nuts, we’re crazy’. Well it wasn’t actually, it was a highly political album. Also was our first record with a producer outside of the band for quite a while.”

“It was the first time Deep Purple would have been in a big proper recording studio for quite a while. I thought it captured the sound that we, very often miss. One of my things with Purple is that I love the band on stage. But I somehow thunk we just fall slightly short in recording techniques and our method of making an actual record that we sometimes perhaps do it too hurriedly and captured the nascent song as opposed to letting it just round itself out.”

“Because nearly always all the songs evolve after five, six or ten concerts into something that I would prefere to have on the record, in the first place. So think this album actually did the job. There were some songs that I thought were absolute fun and they didn’t change at all.”

“Ironically we haven’t done this song very much, we only did it twice on stage. So it’s completely reversed the thing around, but I love it. It’s a tongue-in-cheek bit of fun called “Razzle Dazzle””