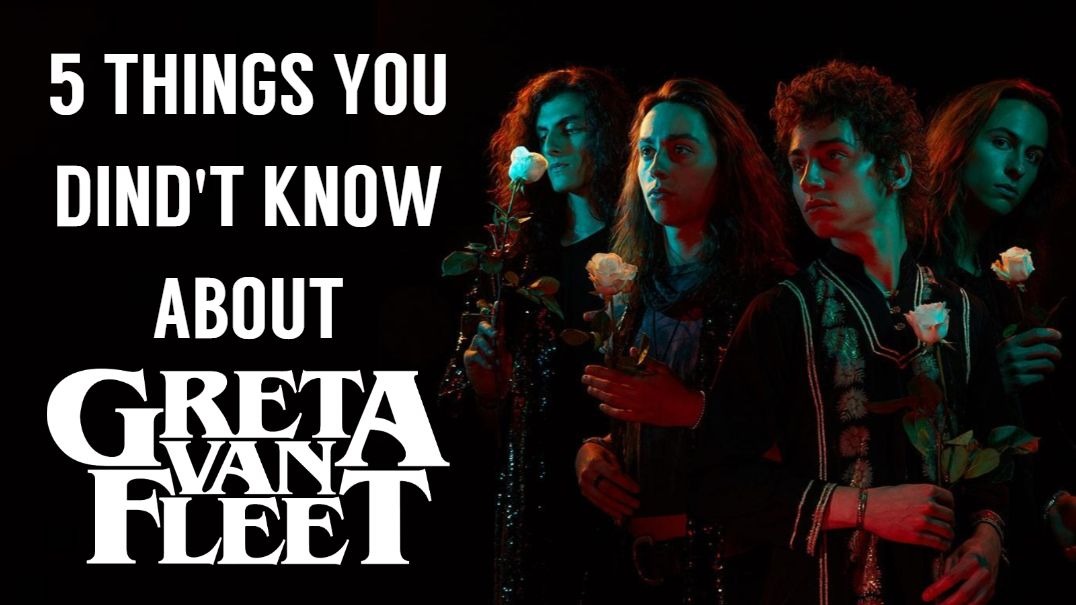 Greta Van Fleet is one of the most talked about names in rock and roll today. Much of this comes from the countless comparisons that the band received with the legendary Led Zeppelin – generating comments even from singer Robert Plant.

Formed in 2012, the group released their debut album, Anthem of the Peaceful Army, in 2018 and even before the release had already achieved great success. Amid all this noise, the question arises: who really is Greta Van Fleet? Here we are to tell you some trivia about the band!

1. Three of the four members are brothers

Josh and Jake Kiszka (vocals and guitar, respectively) are twin brothers and Samuel Kiszka, bassist, is the younger brother. Drummer Daniel Wagner is the only one outside the family and joined the band for being the best friend of the musicians.

2. The band’s name is inspired by a woman from Frankenmuth, Michigan

The band’s name was conceived when one of its members heard a relative mention Gretna Van Fleet, a resident of Frankenmuth, the group’s hometown.

At age 88, the woman gave an interview to the Detroit Free Press when the boys burst out saying that although the band is not “her sound,” she supports Americans and considers them talented.

The group, when talking about the choice of name, revealed that “Van Fleet” is an Americanized “Van Vliet”, meaning “From Water”. “It’s Dutch, but it sounds Nordic,” they said, “It sounds like something classic of the seas and it’s nice … We’re essentially nomads. We are not warriors of the waters, but most of the time we are warriors of the earth. ”

“So there’s a lot of meaning behind the name, a lot we did not even plan, but it’s something that I thank for.”

3. The first two songs of the group were recorded by other drummer

Before Daniel Wagner, the group had drummer Kyle Hauk who recorded the first two songs of the band, “Cloud Train” and “Standing On”. He was soon replaced by Wagner, brother’s best friend.

4. They have already accompanied great bands and artists of the genre on tour

Before even releasing the debut album, Anthem of the Peaceful Army, Greta Van Fleet already had incredible stories to tell. In May 2017, the group toured with The Struts and later that year played alongside Bob Seger at an event in Michigan.

5. The group brings the most varied musical influences

Despite comparisons with the rock band Led Zeppelin, Greta Van Fleet brings in the most diverse influences. The members have united through their love of the blues, but each of them carries strong ties to other styles. Jake likes rock and roll while Sam listens to more jazz. Danny prefers folk of all musical styles and Josh says he likes “world music”.

Joe Elliott defends Greta Van Fleet “They Sound Like Led Zeppelin. So What?”
Guitar that Jimmy Page used on “Stairway To Heaven” will be exposed in museum
Advertisement
To Top