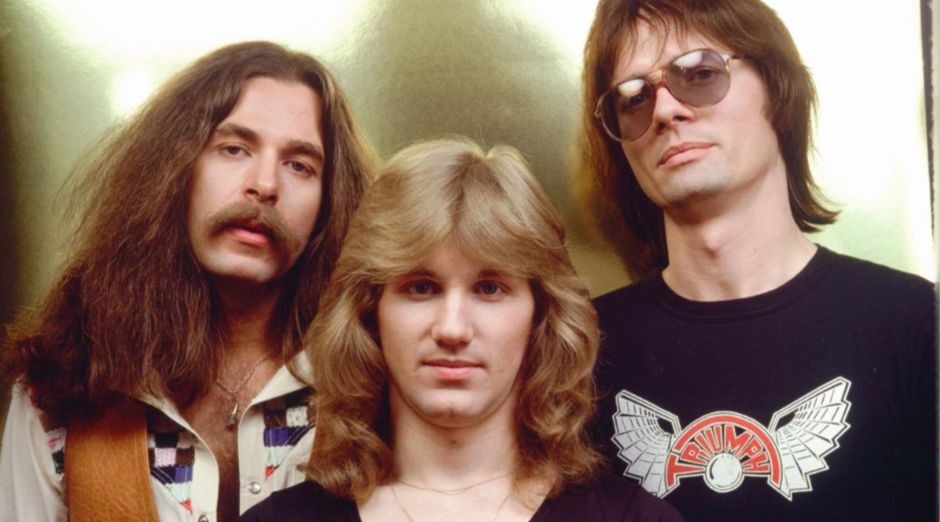 Triumph is definetely one of the biggest Canadian bands of all time. Like Rush, they were also a power trio, formed by Rik Emmett (guitar, lead vocals), Mike Levine (Bass, backing vocals) and Gil Moore (Drums and vocals). The band was formed in 1975 being popular in the late 70s and 80s, very praised as a live band. The musicians received 18 gold and 9 platinum awards in Canada and USA.

The band lasted until 1988, when Emmett left the band to pursue a solo career. He was replaced by Phil “X” Xenedis, and Triumph recorded only one album with him, which remains their last to date, before going on indefinite hiatus in 1993. The classic lineup got together for two live concerts in 2008, at Sweden Rock Festival and Rocklahoma. And to honor this amazing forgotten band, we separated 5 amazing songs they’ve made.

The 5 best songs from Triumph

One of Triumph’s most famous songs, “Lay It On The Line” was on the 1979 album Just a Game they third studio album and has an amazing guitar solo.

The vinyl LP version of the album featured a sleeve that folded open to reveal a board game (though later pressings just contained a regular vinyl sleeve without this). According to a Rockline interview, the board game was Rik Emmett’s idea, but Mike Levine was the one who actually designed it and decided to make it impossible to win.

The front cover of the album revealed a futuristic world where every symbol depicts a song featured on the album.

Another of their great classics, the ballad “Magic Power” starts slowly and gains power as the song goes faster. It was released on their great 1981 album Allied Forces. The work reached #23 on the Billboard Pop Albums chart.

The song became a arena anthem when the audience sang together the beautiful lyrics that said: “I’m young, I’m wild and I’m free. I got the magic power of the music in me”. And the song as almost every Triumph song has another amazing Rik Emmett guitar solo.

Another classic from the album Allied Forces (1981), the amazing song “Fight The Good Fight” has a powerful intro with an exciting riff and again, an incredible Rik Emmett guitar solo. The song lyrics encourage people to do their best and do what is morally right. Almost all Triumph songs talked about motivation and good feelings. Even the band’s name talks means victory.

Another great guitar solo by Emmett, what an amazing guitarist he is. The tune “World of Fantasy” was released on the album Never Surrender (1982). Their sixth studio album reached #26 on the Billboard Albums chart assisted by the singles “All the Way”, “A World of Fantasy”. Also “Never Surrender” which hit #2, #3 and #23, respectively, on the Billboard’s Mainstream Top Rock Tracks chart in 1983.

Originally recorded by James Gang, Joe Walsh‘s band, the classic “Rocky Mountain Way” was covered by Triumph and the version was really good. The song appeared on their second album Rock & Roll Machine released in 1977. Also was the band’s first hit single.