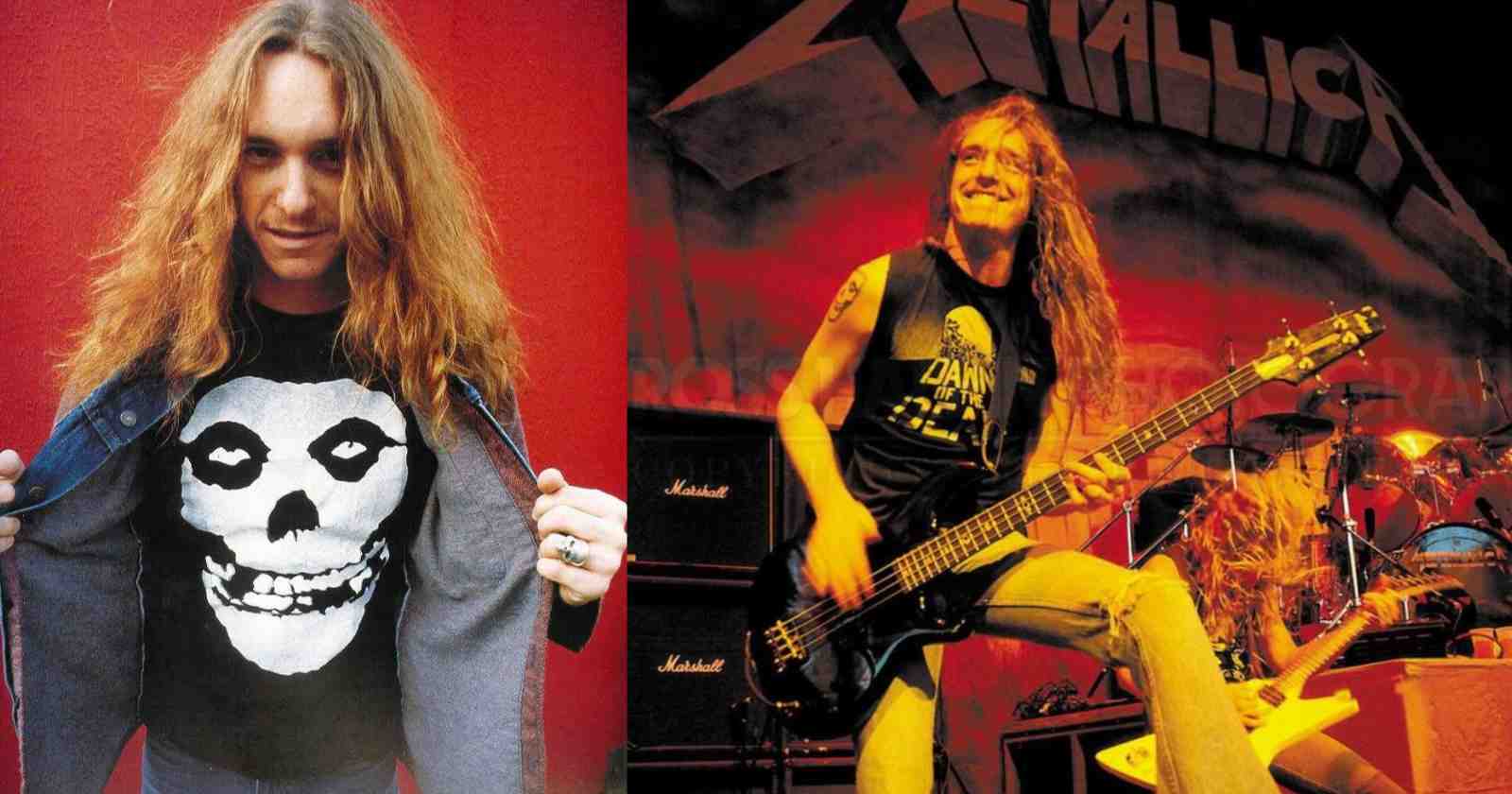 Metallica bassist from 1982 to 1986, when he tragically died, Cliff Burton inspired a whole generation of Hard Rock and Heavy Metal bassists. In an interview with Thrash Metal magazine back in 1986 he listed 5 bassists that were an influence.

“My influences would be… well, first off, with bass playing it would be Geddy Lee, Geezer Butler, Stanley Clarke….” Interviewer Harald O. then asks if Iron Maiden’s Steve Harris was an influence and Burton replies that “no, I never really heard him until it was like….”, then interviewer completes his quote, saying: “Till you’d already developed your own style?”, to which Burton answers” Yeah. Lemmy (Kilmister) also had an influence in the way he uses distortion. That was different, new, and exciting. Also, certain guitar players had an influence. People like… well, everything Thin Lizzy (Phil Lynnot) did has had an influence.

Rush‘s co-founder Geddy Lee is considered one of the most influential bass players in Rock music. His style and technique on the instrument inspired a whole generation of players like Cliff Burton. With Rush he was inducted to the Rock and Roll Hall Of Fame back in 2013.

The bass player and main lyricist of Black Sabbath, band that is considered as the one who created Heavy Metal music, Geezer Butler is often cited as one of the main influences of heavy rock bassists. In the band’s debut album “Black Sabbath” (1970) he already put it on record one of his most memorable basslines, the bass solo that is the intro for the classic track “N.I.B”.

Born in Pennsylvania back in 1951, Stanley Clarke is a bass player, composer and founder of the band Return To Forever, one of the first jazz fusion bands that became the first one to headline tours, sell out shows worldwide with records that reached gold status.

After being Jimi Hendrix‘s roadie and Hawkwind bassist, Lemmy Kilmister formed “Motörhead” that was loved by Heavy Metal and Punk Rock fans at the same time for it’s heaviness and speed strongly connected to his bass playing. He used the Rickenbacker bass creating an “overpowered, distorted rhythmic rumble” as pointed by The Telegraph after his death back in 2015.

Founder, bassist and singer of the famous Irish band Thin Lizzy, Phil Lynott is often cited as influence by many bass players. In the 1980s, Lynott increasingly suffered drug-related problems, particularly an addiction to heroin. In 1985, he had a final chart success with Moore, “Out in the Fields”, followed by the minor hit “Nineteen”, before his death in 1986.