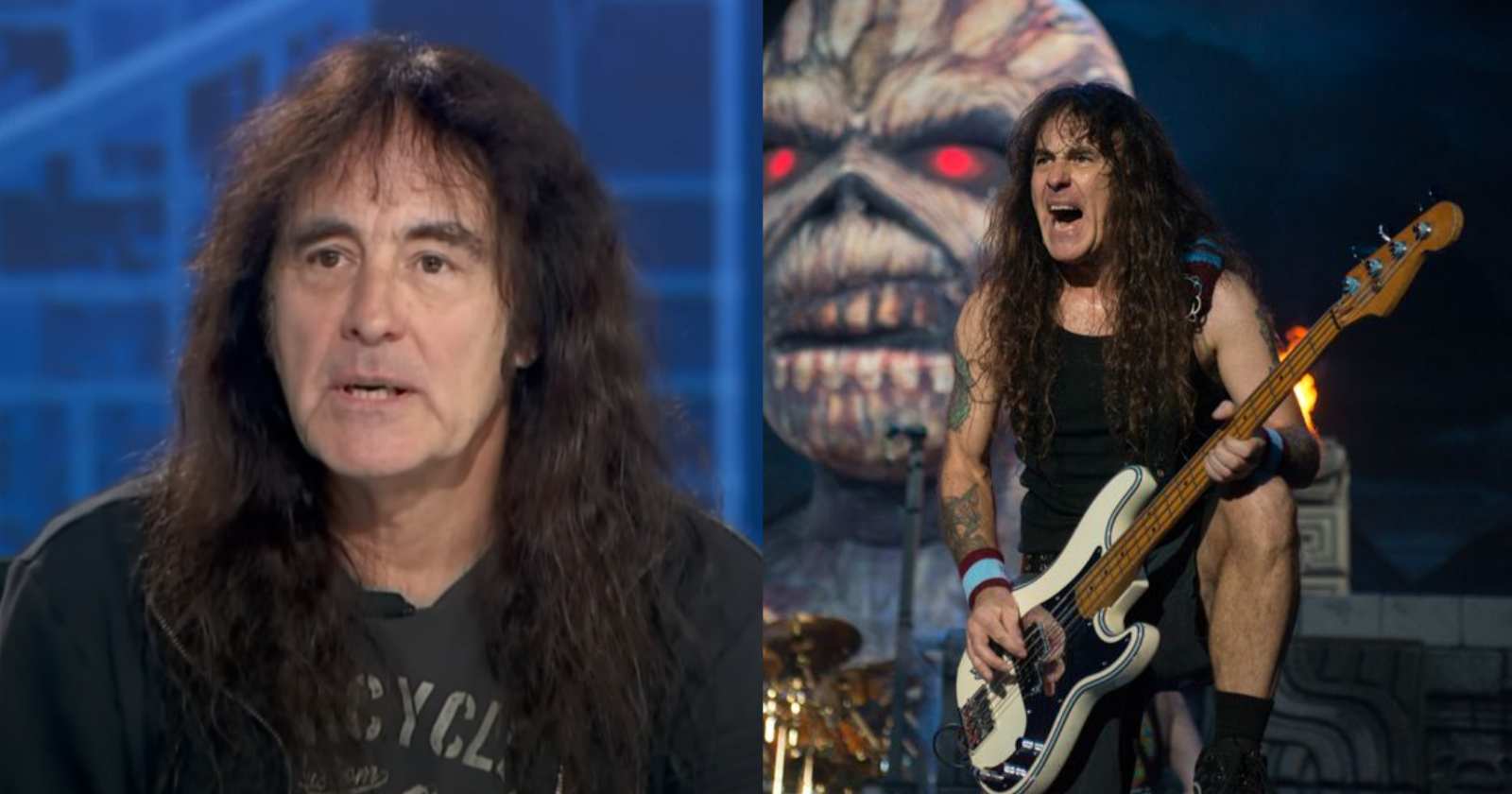 Iron Maiden bassist and main lyricist Steve Harris inspired many musicians over the decades and always paid tribute to the ones who were an influence to him. In an interview with The Metal Voice (Transcribed by Metal Shock Finland) back in 2018 he listed 5 bassists that were an inspiration.

Harris is the only member of Iron Maiden who is in the band since its foundation in 1975.

When asked if Rush’s Geddy Lee was an inspiration, Steve Harris replied: “Not very much really because I was more influenced by more British players like John Entwistle of the Who, Andy Fraser of Free, Martin Turner of Wishbone Ash, Rinus Gerritsen from Golden Earring and Pete Way from UFO, those people influenced me more than Geddy but Geddy is a fantastic player. You know me and Andy Curran bassist of Coney Hatch actually played tennis with Geddy Lee and Alex Lifeson and it was really good. It was quite funny because me and Andy were suppose to play tennis against Geddy and Alex. But Geddy wanted to play with me against Andy and Alex know one was really there to watch it. But I thought it was quite funny if people saw us play tennis together.”

Born in Chiswick, London back in 1944, John Entwistle, also known as Thunderfingers and The Ox was the legendary The Who bassist until his death in 2002 at the age of 57.

He is considered one of the most influential bass players of all time and was the only member of the group who had formal musical training. Entwistle’s instrumental approach used pentatonic lead lines and a then-unusual treble-rich sound

British bass player and songwriter Andy Fraser helped found in 1968 at the age of 15 the legendary Classic Rock band Free who also had in it’s prime singer Paul Rodgers and guitarist Paul Kossoff. Their are known for hits like “Fire and Water” and “All Right Now”. He died at the age of 62 back in 2015.

Martin Turner is the bassist, lead vocalist and founder of the British Progressive Rock band Wishbone Ash. Due to Turner’s melodic basslines the instrument was often used as a third lead guitar.

Born in The Hague, Netherlands back in 1946, Rinus Gerritsen is the bassist and founding member of Dutch band Golden Earring that had world hits like “Another 45 miles”, “Twilight Zone” and “Radar Love”. During their career they have had nearly 30 top-ten singles on the Dutch charts while releasing 25 studio albums.

After his death at the age of 69 back in 2020, Iron Maiden’s official social networks talked about the influence Way had on Steve Harris: “A terribly sad week has just been made worse by the news about Pete Way. As all Maiden fans know, Pete was a massive influence on Steve and also a great friend to the whole band. He was an inspirational musician and a truly lovely man. Our heartfelt condolences to his family at this time.”

In Iron Maiden concerts the last song played in the venue before the group hits the stage is UFO’s “Doctor Doctor”.

What is Joe Perry’s opinion on Jimmy Page and the best riff of all time
Ozzy says Iommi, Jeff Beck, Clapton and more will be in his new album
Advertisement
To Top