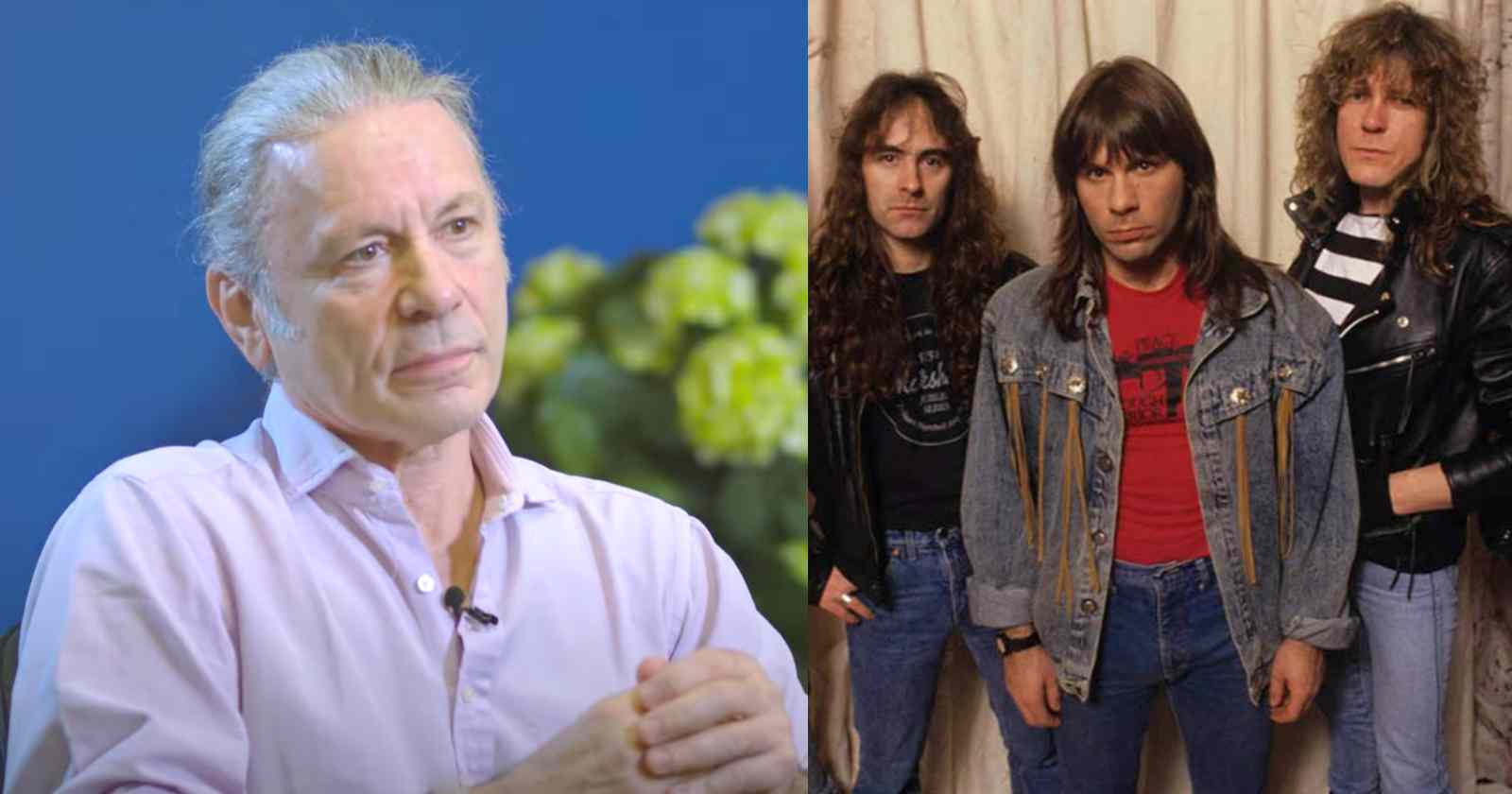 One of the most influential Heavy Metal vocalists in history, Bruce Dickinson helped to create many classic albums like “Number Of The Beast” (1982), “Piece Of Mind” (1983) and “Powerslave” (1984), that became the favorite ones from millions of fans around the world. In an interview with Rolling Stone Indonesia back in 2011, reported by Gibson, the Iron Maiden frontman listed 5 albums that are some of his favorites of all time. Rock and Roll Garage gathered what the British musician said over the decades about the records, the bands and his connection with some of them.

5 albums that Iron Maiden’s Bruce Dickinson listed as some of his favorites:

Deep Purple “Made in Japan”

Bruce Dickinson praised over the decades the Deep Purple classic vocalist Ian Gillan and said that he was his biggest hero in music. In an interview with BBC Radio in 2021, Dickinson even recalled how nervous he was when he first met Gillan:

“We’ve done an album in Ian Gillan’s studio. We’ve all been up the pub and had a few pints. In walks my god, Ian Gillan, and goes, ‘Hey, what a great vocalist. Who’s the singer?’ Then at that moment, I felt the sudden urge to vomit. I ran out of the room [and] puked up for about 45 minutes in the toilet. In comes my idol, kicks the door and goes, ‘Come on, mate. Out you come. Let’s get you wiped down with a towel.’ He put me in a taxi and sent me home. I’ve never forgotten that. He’s never let me forget it either,” Bruce Dickinson said.

The most famous Deep Purple live album, “Made In Japan” was first released in England in 1972. It was recorded during same year at the Festival Hall in Osaka and Nippon Budokan in Tokyo. It has classics like “Highway Star”, “Smoke On The Water”, “Child In Time”, “Strange Kind Of Woman” and “Space Truckin'”.

Even saying in the past that he is a biggest Deep Purple fan than Led Zeppelin, Dickinson also likes the Hard Rock group. In an conversation with Metal Hammer in 2016, he said what he liked about the band and revealed one of his favorite songs of “Led Zeppelin II”: “Zeppelin were adopted by American radio big-style. But I’ve got to confess that the thing I loved most about Zeppelin was their English folk roots. Not their copies of American blues tracks. Also ‘Ramble On’ is one of my favourite Led Zeppelin songs. But that’s just me,” Bruce Dickinson said.

Released in 1969, only 8 months after their debut record, the second Led Zeppelin album was a commercial success. Also was the first Zeppelin record to be number one on the United Kingdom and United States. Some of the most famous songs of the record are: “Whole Lotta Love”, “Heartbreaker”, “Ramble On” and “Living Loving Maid (She’s Just a Woman)”.

Jethro Tull is one of the Progressive Rock bands that influenced Iron Maiden the most and the band even recorded a cover of “Cross-Eyed Mary” that is a track from “Aqualung”. In an interview with Eddie Trunk in 2021, Dickinson talked about Tull, saying: “Steve (Harris), for example, is a big fan of Jethro Tull. I’m also a big fan of Jethro Tull. He loves ‘A Passion Play’ and ‘Thick As A Brick’. I’m more ‘Aqualung’ and the early stuff.”

The most famous and successful Jethro Tull album, “Aqualung” was released in 1971 and it was a turning point for the British Progressive Rock group that started to receive a lot of radio airplay. The biggest hits of the record that are still on the band’s setlist are: “Aqualung”, “Locomotive Breath”, “Cross-Eyed Mary” and “Mother Goose”.

Arthur Brown was a big influence for Dickinson especially because he was able to see the musician performing live when he was teenager as he recalled in a conversation with Double J back in 2018, saying: “He had an amazing voice, it was just spectacular. I borrowed a lot of his phraseology and style. I loved the fact it was almost semi-operatic but kind of anarchic as well, what he did with his voice.”

“As a frontman he was completely nuts. Arthur was a completely off the wall. He was a great English eccentric. The album that comes from [1968’s The Crazy World of Arthur Brown] is probably one of the first – if not the first – concept album. It was about a man’s descent into hell. Obviously when [‘Fire’] happens, he’s just got to the door of hell,” Bruce Dickinson said.

Often recalled for being one of the first musicians to use face painting, Arthur Brown was a big inspiration for many psychedelic acts that appeared in the late 60s and during the 70s. The band’s 1968 self-titled debut album had their biggest hit “Fire” and reached number 7 on Billboard’s Pop Albums chart. The executive producer of the record was The Who’s guitarist and main lyricist Pete Tonwshend.

In an interview with Consequence (Transcribed by Ultimate Guitar) in 2022, Bruce Dickinson praised the “Rising” album said it was one of his inspirations when he went to record with Maiden their most famous album “Number Of The Beast” (1982). “I think the last album – well for me anyway – the last album that really was a big influence on me, before ‘Number the Beast’ was born is probably ‘Rainbow Rising’.”

“You know, when you got to hear Ronnie in full, full throat, and Blackmore playing his pants off, and ‘Stargazer’, and you’re going, ‘Oh, my God. Nobody’s done this in metal before! Wow, this is just incredible! Here’s somewhere to go,’” Bruce Dickinson said.

The second Rainbow album, “Rising” was released in 1976 and it’s one of the most praised works of the group led by guitarist Ritchie Blackmore. The band also was composed by Ronnie James Dio (Vocals), Tony Carey (Keyboards), Jimmy Bain (Bass) and Cozy Powell (Drums). It has tracks like “Tarot Woman”, “Stargazer” and “Run With The Wolf”.