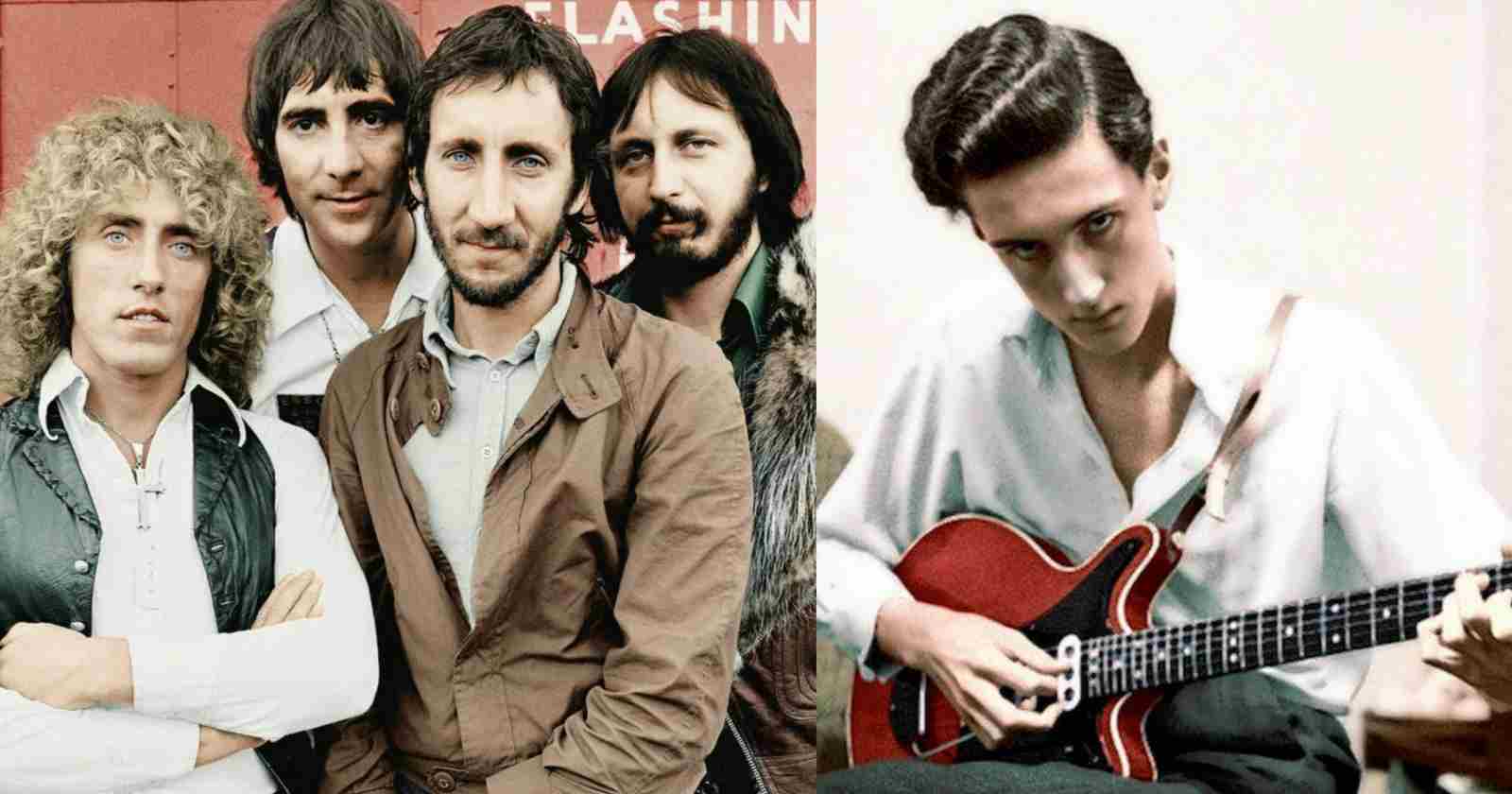 Formed in London back in 1964, The Who became one of the most influential bands of all time releasing many successful and praised albums especially in the 60s and 70s. Those records helped the group to achieve the mark of an estimated amount of more than 100 million copies sold worldwide.

Many artists were influenced by the British group and Rock and Roll Garage selected the 4 famous Rock and Roll musicians who had the chance before they became stars to watch The Who live in concert.

The late legendary Rush drummer and main lyricist Neil Peart was heavily influenced by The Who and their drummer Keith Moon. He was lucky enought to have seen the band live when they toured in Canada in the late 60s. The British group was promoting their album “Tommy” (1969) and Peart recalled that experience in an interview on The Hour on CBC back in 2014 (Transcribed by Rock and Roll Garage), saying: “When I was (about) 17 years-old or so I went to see The Who at the Old Coliseum (In Canada) playing ‘Tommy’.”

“I was with a bunch of friends and bandmates in a van. On the way home one of the guys said ‘Do you think you could ever had that kind of stamina?’ (Laughs). I said ‘I don’t know’. I was laughing about that now, (after) all these years,” Neil Peart said.

Talking with  Modern Drummer magazine back in 1980, Peart said that he considered Moon as a mentor, even though the two never met each other. “(Moon gave me) a new idea of the freedom and that there was no need to be a fundamentalist. I really liked his approach to putting crash cymbals in the middle of a roll. I got into a more disciplined style later on as I gained a little more understanding on the technical side”.

Peart had the chance to watch The Who live again on many other occasions in the 70s.

The drummer died back in 2020 at the age of 67. He is considered one of the greatest drummers of all time.

The Aerosmith guitarist Joe Perry was able to see many incredible bands live in the 60s and 70s before he became famous. He saw Fleetwood Mac (With Peter Green), John Mayall & The Bluesbreakers (With Mick Taylor), The Jeff Beck Group and of course, The Who.

He had the chance to watch Keith Moon, John Entwistle, Roger Daltrey and Pete Townshend live in the late 60s at the Boston Tea Party as he recalled in an interview with Spin Magazine in 2022. “I mean, it seems like yesterday I was watching The Who back in 1968. Just for a little perspective on this. I remember it was either ‘68 or ‘69. I was at the Boston Tea Party [a synagogue-turned-rock club], out by the ticket window. Fleetwood Mac was playing.”

“A couple of friends of mine had an extra ticket to see the Stones. They told me ‘this could be the last tour.’ You know with Keith and everything. I said, I think I’m going to stay and watch Fleetwood Mac,” Joe Perry said.

The musician often pays tribute to the British band when he is touring with The Hollywood Vampires. They already played tracks like “Baba O’Riley” and “My Generation”.

Born in New York City back in 1952, the Kiss singer and guitarist Paul Stanley was already old enough to go to concerts in the late 60s. He was lucky that almost all the great Rock bands of that era played in the New York often. So he had the chance to see acts like The Who multiple times.

In 2019 he recalled that one of the most strange bills he saw was when Buddy Guy was the opening act for The Who back in 1968. To celebrate the musician’s birthday he posted a photo of the two and he recalled that show, saying: “I first saw Buddy April 4, 1968 and now at 83 and he is still mind blowing. AWESOME.”

In an interview from the 80s available on Youtube (Transcribed by Rock and Roll Garage), the musician talked about how much watching guitarist Pete Townshend live influenced him. “I remember seeing Townshend playing and doing these great windmills, jumping up in the air. Rock and Roll is as physical as it is anything else. So the idea of jumping around or rolling around, whatever you wanna do, set your guitar on fire. Those were really avenues to be explored,” Paul Stanley said.

Kiss often pays tribute to the British group when playing their 1983 hit “Lick It Up” live in concert. In the middle of the song Kiss makes a mash-up of the track with the middle break of The Who’s classic “Won’t Get Fooled Again”. Part that precedes the classic Keith Moon drum solo, that is repeated by Eric Singer, Kiss’ drummer.

The legendary Queen guitarist Brian May also had the chance to see The Who live when he was still trying to become a Rock star.  In an interview with BBC radio 2 (Transcribed by Rock and Roll Garage) back in 2019 he recalled the experience and how much they became an influence to him and drummer Roger Taylor.

“They came from Shepherd’s Bush. Very much a local phenomenon for us and we used to go and see them, Rog(er Taylor) and me. It was about the most dangerous concert you could ever go to. Because you never knew if they would turn up, to start with.”

“And when they did turn up it was mayhem let loose. It was just so loud, dangerous and anarchic, I guess. This was long before Punk, I think The Who kind of wrote the recipe for Punk, if you like. So they played local to us and we went to see them a lot. We followed them, we loved them. They ripped out the rulebook,” Brian May said.

A few decades later in 1992, The Who vocalist played on stage with Queen at the Freddie Mercury tribute show. They performed the classic “I Want It All”.